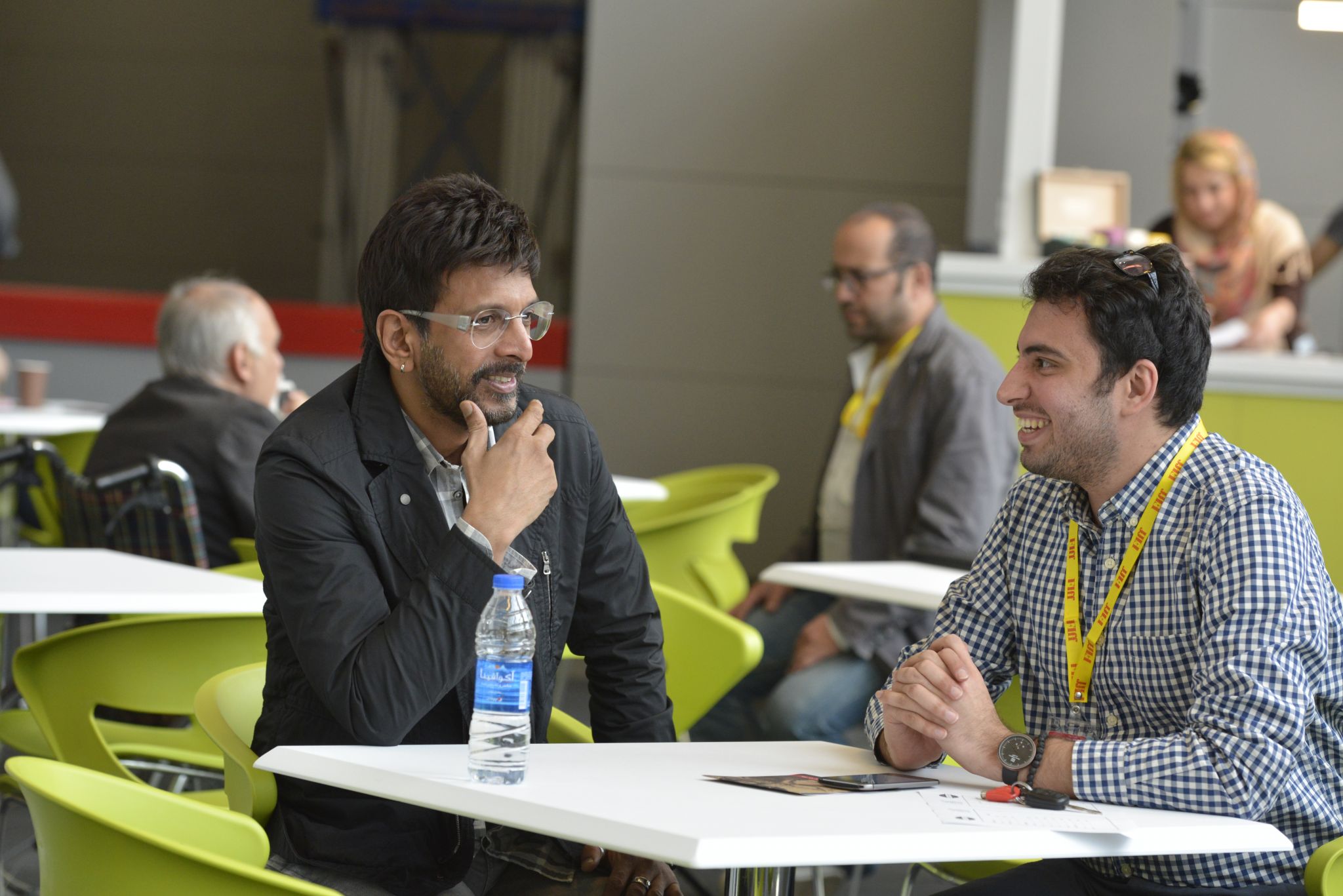 The interview was held with Mr in a lovely silent corner of the cafeteria in the sixth floor of Charsou Cineplex. Javed Ahmed Jafri was born in 1962 in Mumbai, Jaaved Jaaferi is a Shitte Indian actor, producer, director, anchor, emcee, VO artist, singer, song writer and much more. He has been an iconic figure in the entertainment industry for over 30 years donning many hats in his comical flamboyance. With more than 2000 hours on Television, he has done more than 200 live Indian & International shows. His shows on TV include TELE HOUSIE, JBC (Jaaved Broadcasting Corporation), CHITRAHAAR, TRUCK DHINADHIN and CHAK DHOOM DHOOM.

What do you expect from the 34th edition of Fajr International Film Festival?

I do expect watching good movies and seeing nice people in this event.

This year for the second time the international section is held separated from national part. How do you see it?

I think it is a systematic decision. The festival organizers know what would be the best for this festival. However, I believe that having a main big event is far better than having two separated ones, a big Fajr festival. Generally, I guess I am not in a right position to comment on it.

The point is that we are watching movies from morning to night. We do not go out of this building at all. The building structure is beautiful but I do not know about the outside. I will take a walk through the area as soon as possible.

What movies have you seen during the festival?

I have seen three movies today and two ones yesterday. As much as I recall; A Chinese film and a nice Korean film, My Sister Miss Khook Ha. I like ambience of Chinese movies.

How do you see the festival atmosphere?

Yesterday was not very crowded but today is better. I am looking forward to seeing lots of people here in coming days.

How much do you know about Iranian cinema? Are you familiar with Iranian directors?

Not much. I have seen some from Mehrjoue, Kiarostami, Majidi, Tahmine Milani and Farhadi. I like some of them very much. It is very interesting for me that how Iranian directors tell a story perfectly. Their focus is on scripts.

Which movies did amaze you the most among the ones you mentioned?

Through the Olives Trees by Kiarostami. Among new ones, I would say Superstar by Tahmine Milani.

What is a common element in Iranian movies? An element that could lead you to identify an Iranian film?

Human relationship and human emotions. For instance, how a mother loves her children and relationship between siblings. I mean emotional content considering family issues.

There is some cultural concerns in making movies in Iran that maybe some people think that you cannot see those in other countries. How do you find it?

It is like your home. It is like your family. In every family, you would find some specific rules. All of them are to make things better. In a country, it is all about the majority and majority culture. Every country has its lines. For instance, in some countries you can kiss in street but it is not very common in my country. Therefore, we cannot say that who is right and who is wrong at the end of the day. We should behave based on our values which come from religion, society and etc. you oversee your child because you are worried about him. You want the best for him.

Is it your first trip to Iran?

No, I travelled to Iran twice during last five but generally this is my fifth time in Iran. I also have been in Kish, Mashhad and Qom. I like Iranian culture. It is a very old and deep culture. You should be proud of you culture.

I hope you enjoy the rest. Thanks for your time.