An Interview with Magali Van Reeth, the Interfaith Jury Member Iranian Films Can Have Universal Audience 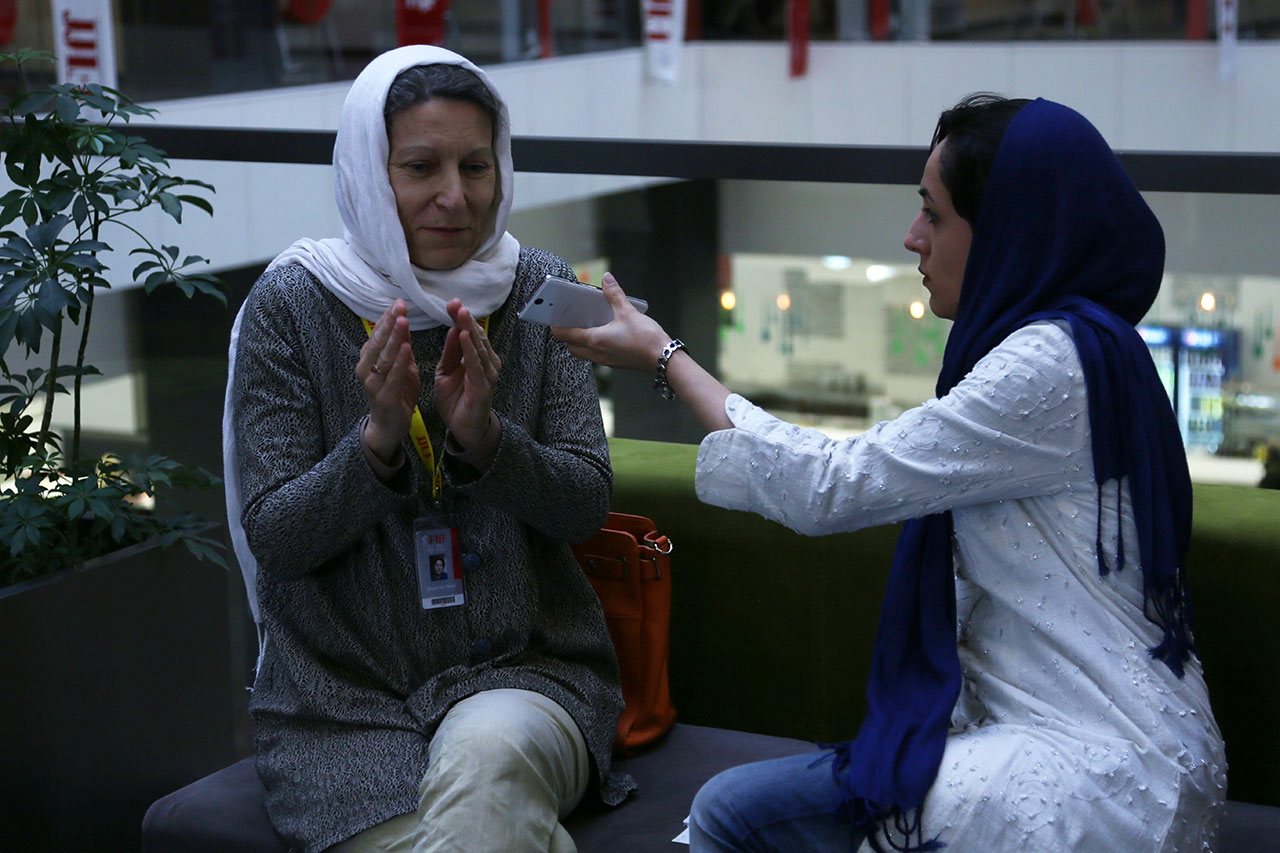 Magali Van Reeth, a member of the jury panel in the Interfaith Section, believes that, in spite of some limitations, Iranian Filmmakers still have a lot to say to the world.

In an interview with the public relations office of the 34th Fajr International Film Festival, Magali Van Reeth, the general secretary of SIGNIS and a board member of Fipresci, described the general atmosphere of the 34th FIFF as “awesome”. “It’s my first time in this new place and I find it awesome. It’s so brand-new and everything looks so professional,” she said. Referring to the posters of the festival and the screens showing the trailers of the films as well as “the new theatres with nice screens, the sound” system and comfortable seats, which “are important when you have to watch many films”, she pointed out that she had a positive first impression and was happy to attend “such a professional festival”.

Van Reeth found it difficult to compare FIFF with other festivals around the world, “because each festival has its own atmosphere and of course it cannot be the same in Africa, in Argentina, or here or in France”. As a French woman, she was really interested in being in close contact with the Iranian people and finding out about them in person instead of simply relying on the media.“What I really appreciate here is that you can see the people from Iran and I hope to meet a lot of them and to be able to talk to them, because it’s always better to know the real people than to have the information from the media,” she continued.

To her the festival being held in the heart of the city was another advantage of this edition. With the festival venue being placed in the center of Tehran, “when we want to have a break between two films it’s nice to go outside and see real people and I think it’s also very nice to be able to see the shops and people and the way they are dressed,” she observed.

Referring to the Interfaith Section and the significance of the award in this section, she stated that “the interfaith jury is very important, because Christians and Muslims together can talk about the same films”. “For the Christians the artistic point of view is very important and I guess it’s the same for the Muslims,” Van Reeth said. Considering cinema as a media which can promote peace and humanity, she added, “We have some churches, buildings, paintings, music, sacred music, and cinema is also a place where you can find spirituality and that helps us to widen our faith and also on human matters”. She also referred to the types of films which the jury in this section would tend to focus on, asserting that, “It’s always very interesting to see how people from different cultures react on certain subjects. And we usually agree to find a film that can help people, believers or not, to get better human beings and I think that is what we should really aim at if we want to live in a more peaceful world”.

The Iranian cinema was the last issue Van Reeth spoke about. Regarding the contribution this cinema can make to the international film industry she pointed out, “In all the festivals I’ve been to I think there is some cinema from Iran and you have a country where the history and the tradition of cinema are very important”. As she observed, in spite of some limitations and restrictions, “the filmmakers from Iran can say what they really want to say and show where they want to go to and the life of the people and that can also have a very universal audience”; In Van Reeth’s opinion, the Iranian cinema is well able to express some universal human issues and that is the reason it can have universal audience. “We all have troubles in our families, in our countries, in our everyday life and I think the Iranian cinema is good at pointing that and showing how the universe can be found in a very simple and ordinary life and I really like the cinema we can find here,” said Van Reeth.