An Interview with Sergei Kapterev, the Russian Film Scholar: “Land of Lion and Sun” is a Great Opportunity for Iranian Historians 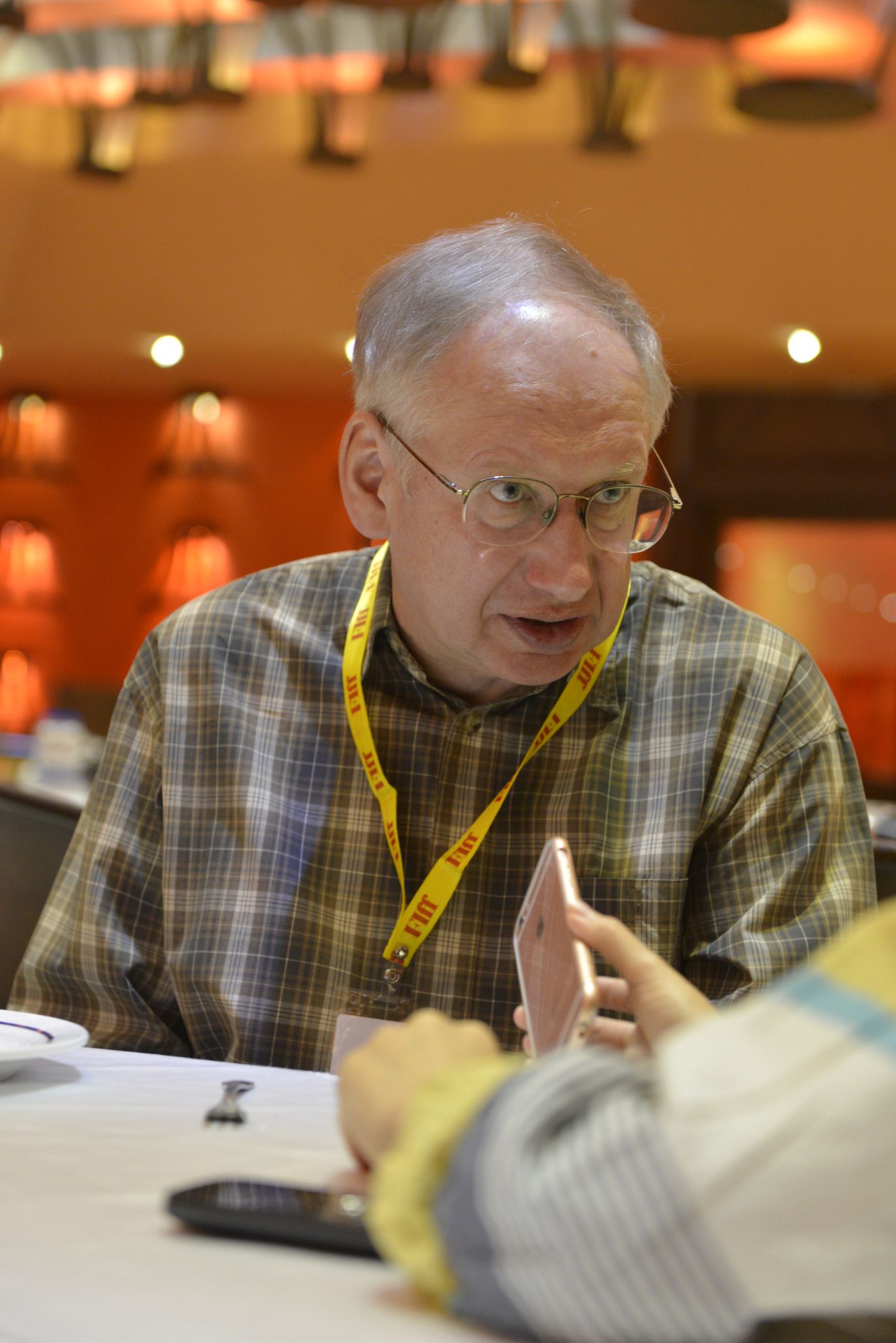 Sergei Kapterev is a film scholar from Russia, and he is currently a professor in the Russian State Institute of Cinematography. Yet, his main interest is conducting research. He is in Iran to screen a rare Russian documentary about Iran for the first time in the National Museum.

What motivated you to participate in Fajr International Film Festival?

It actually started a year and a half ago. I met an Iranian filmmaker named Maziar Riahi in Didor International Film Festival in Tajikestan Festival. One of the movies I was presenting was a movie from 1930’s which was about Iran. At the time it was called “Persia”. The film was released in 1935 and it is a pretty rare film. This is how and why I was invited to Fajr International Film Festival.

Are you familiar with Iran’s cinema?

Well, my experiences in watching Iranian films are not as vast as others who might be here in the festival. The reason is I am between countries all the time and do not have time to attend all the festivals and watch all the movies all the time. Still I try to see as much, even though I might miss some festivals and movies. I am not quite familiar with the contemporary cinema of Iran. But I hope this summer in Moscow Film Festival I get a chance to see more Iranian films. I haven’t been to Moscow film festival for several years, and every festival is the best time and occasion to get acquainted with more directors and the cinema of many countries. All in all, my impression is very positive. Iran’s cinema is a very different world. And any opportunity is welcomed by me to see more films. Of course I am a historian and my interests are perhaps a little different from others when I am watching a film.

Do you believe there is any common theme among Iranian films?

For me one of the things which is very interesting is the concept of city and rural life in Iranian films. The change that people go through when they are coming from provinces or small towns to big cities. I am fascinated with how this transfer influences everything even their intimate relationships.

Can you explain about you presentation in the National Museum?

I am presenting a rare film about Iran which was made in Russia. It is called “Land Of Lion and Sun”.It was originally made to not only be shown in the Soviet Union but to also be screened in at least Europe. However, things changed. The film is 40 minutes long. It was made during an official visit from the Soviet Union. Right before that time, Iran and the soviet union some trade problems and there was a diplomat in the movie who was very familiar with Iran.

Also the two co-directors of the film were very famous documentary filmmakers. One of them had at least made 4 films about the Middle East, and this was his last film and second sound film. The cameraman was extremely famous at the time, but not a good director. Although he worked with great directors. In the making of the film there were two studios involved, so it was a coproduction. It was an attempt to show Iran as a country which is changing.

There are some historical material in the film, such as Persepolis, Isfahan, and monuments of Tehran. There is also footage from people, buildings, and new neighborhoods in Tehran.They show the traditions of Iran. There are some subtle political commentaries in it though. The directors were leftists, but they made their comments milder than they could. The reason is perhaps that one of the consultants was one of the best experts of Persia in Russia.He controlled all the possible mistakes. Also it was a delicate moment between Iran and the Soviet Union.The film also shows some official of both countries, even Reza Shah and the meetings of him and his inner circle with officials from the Soviet Union.

Basically, the film has three parts: One is the old and ancient part of Iran with beautiful shots of Isfahan and some rare shots of Tehran. The second part is showing people working, buildings, railroads, and roads. The third section, which is the official part of it, is for political historians of Iran. There is this diplomat who later was executed in the Stalinist Era.All in all, this is a film which was mentioned everywhere, and has not been shown for a long time. This is the first screening of it in Iran.I am almost sure that it has not been shown before in Iran. Although there was someone who claimed that it was screened in the 30’s in north of Iran, like Tabriz, but he could not find any official information. I believe Iranian historians might be interested in finding an answer for this question.