Iranian Cinema Is Responsible For Presenting This Festival to The World 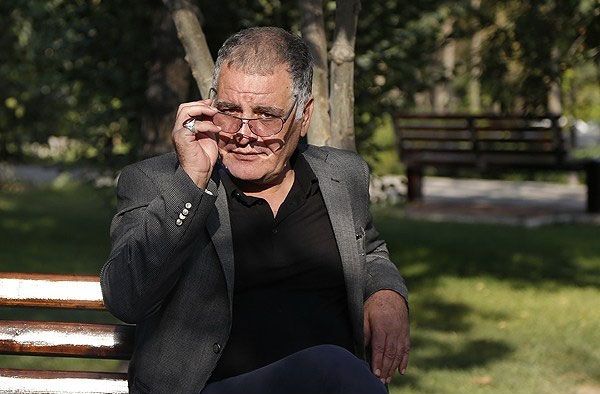 Iranian director, Rasoul Sadrameli insisted that FIFF can keep its own national and ethnic dignity.

According to the Public Relations Office of the 34th Fajr International Film Festival, acclaimed Iranian director, Rasoul Sadrameli in an interview said, “We should wait and see that how the separation of national and international sections can be helpful in introducing Iranian cinema to the world.”

He added, “an international festival will be a successful one when its market works successfully. Infect, IFM should target neighbor countries to encourage them to bring their films in our festival and also it should attend in their markets effectively.”

Director of “I am Taraneh, 15 years old” asserted, “FIFF must be organized in the way that if a film wants to attend in the festival there is no filter for it or it has the less censorship.”

Sadrameli continued, “An international festival should be able to present itself properly and show its prospect and declare its policies. This helps the festival have a certain approach and therefore no film would enter the festival by chance.”

He stated, “Iranian cinema is responsible for presenting this festival to the world. Iranian art and cinema has its own dignity in the world and it is recognizable. I hope that festival has a fixed director so that planning and programming will be possible. Then the next step would be introducing the festival and its approach to the world.”

He elaborated, “When we choose certain films that cover the festival’s theme, we don’t need maneuver and the audiences know what they are going to see in the festival.”

This director defined features of successful festivals and said, “festivals are known by their background, reputation and their organizers. The policy and general approach of a festival are also critical points.”

Sadrameli concluded, “red carpets, news and rumors are unimportant part of the festivals, what is important is their background and approach. What would remain for a festival are its market, meetings and connections.”