Jaco Van Dormael: The Role of An Artist Is to Make Questions 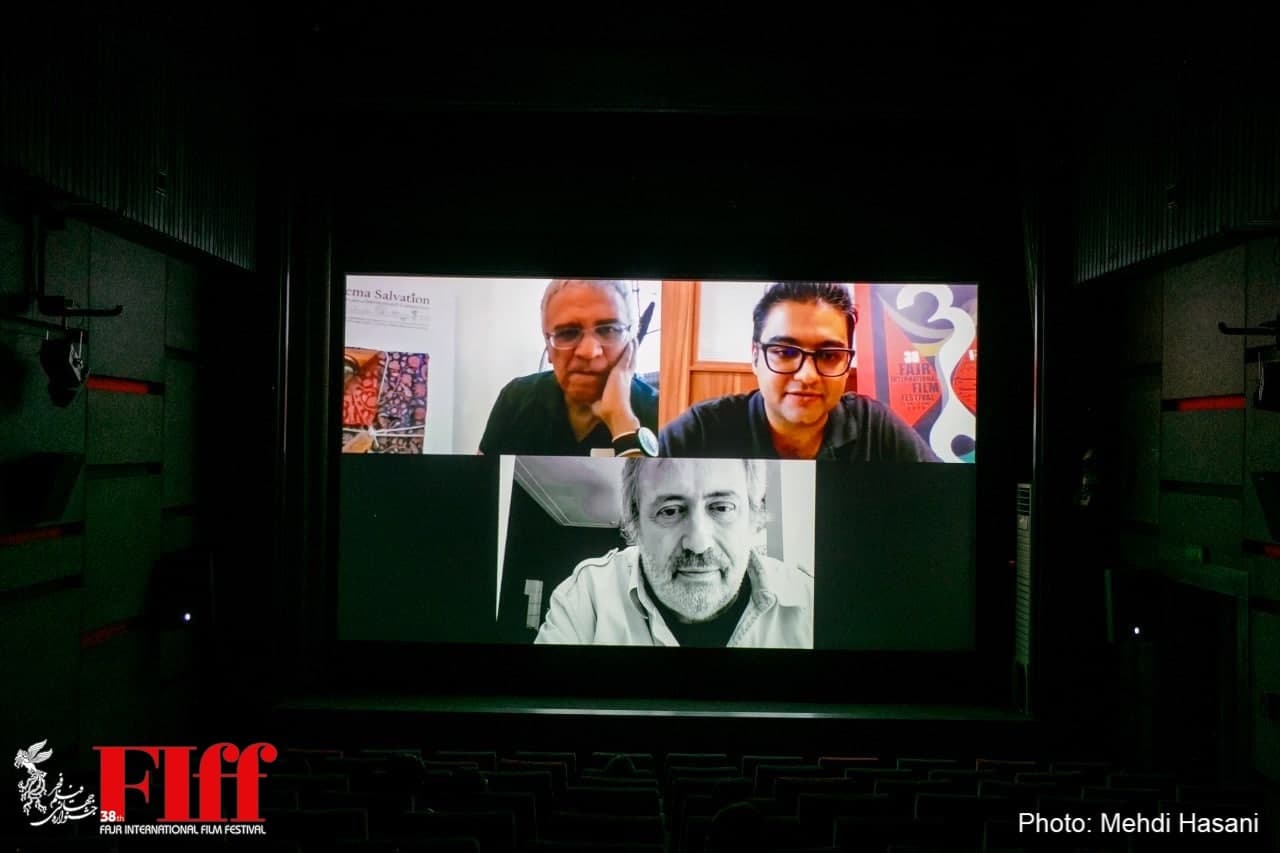 Jaco Van Dormael is a Belgian filmmaker and director. After his film studies (recording techniques and film production) at INSAS in Brussels and École Louis-Lumière in Paris, he worked as a stage director before entering the world of film. In 1991 he presented his first feature film Toto le héros to the world. It earned him the César for Best Foreign Film and the Caméra d’Or at the Cannes Film Festival. For his film Le Huitième Jour, he received the 1996 Plateau Prize and a Golden Globe nomination. His third feature Mr. Nobody dates from 2009, followed by Le Tout Nouveau Testament in 2015. His films especially focus on a respectful and sympathetic portrayal of people with mental and physical disabilities.

Here is a dialogue between Van Dormael and Iranian film critic Majid Eslami about the ongoing workshops and filmmaking at this year’s Fajr International Film Festival.

I am really happy to have the opportunity to talk to you. I am a fan and follow your work. Something interesting for me is that filmmakers usually are in a main stream and they know technology and use it to make movies. As an independent filmmaker, one of the most obvious properties of your film is that you very professionally use the latest technology to tell a story. How do you use the technology while making low budget films?

I wasn’t never aware of how expensive a film is. I always try to make films which are cheap. But at the moment, it’s more expensive than what I thought. I am really lucky that I can make films and always I had enough audiences to make my next film. And of course a part of it is luck. It’s like an empty restaurant and a busy restaurant. Everybody likes to go to a busy restaurant and nobody likes to try the empty one. Perhaps both restaurants have the same chef. I make a film in an empty restaurant and make another film in a crowded one and I never understand why. But every time that the restaurant is busy, I get very happy. It’s always very sweet and kind misunderstanding that people come to me and say I loved your film and I don’t know how they do so and love it. Also some people after watching my film, come to me and say I didn’t like your film. I also don’t know how they feel in this way. I never saw my films for the first time. So it’s a sweet misunderstanding.

So can we realize that you are satisfied with the number of films which you have make so far? Is it enough? How hard is it to write a script?

It’s takes ages to write and as a writer I can say that it may last years to improve and finish the final draft. I don’t wake up with the script in my mind. I write pages and pages and perhaps thousands of pages to find something worth to reveal. A Finnish photographer which I don’t remember his name once said that when you take a picture, you don’t take a picture and then that picture comes to you. You just have to sit and wait there for the picture to come to you. Writing is the same for me. I never know when it arrives and what it will be and I don’t know what I am doing. I just write and at the moment it’s like falling in love. I fall in love with the story.

You do something which is very risky in my opinion. You put may ideas into a film. For example in Mr. Nobody and most of time it will destroy the movie. But always some miracle happens in the end. I always say that your films are not good examples and patterns to follow in filmmaking. Because if young filmmakers want to follow your method, it’s likely they would make a bad film.

The only risk is to make a bad film and it’s not so risky and who cares? I am not doing surgery. For example, Toto the Hero was too complicated and I thought with myself who wants to go to the cinema and watch a movie which deals with too many stories. In Mr. Nobody it’s impossible to follow nine stories at the same time. At the moments, everybody says it’s impossible to make impossible films and it’s very delightful and fun to do something that seems impossible. In Toto the Hero I started to write when I was 23 and finished it when I was 29 years old. I first wrote a story about a kid and then I wrote a story about an old man. After that I wrote a love story about an adult and then I thought it’s possible to put these things together in one movie. because the interesting thing for me is filling an empty space between stories which is very important to me. And the audience is able to imagine all the relations between stories and characters.

When you watch a movie, some parts of it will remain in your mind and you ask yourself what will you do in a similar situation? So you will edit it again in your mind and change some scenes, add some and remove some sequences or change its order. So you may totally forget the major film and make another film in your mind. Some movies are not remembered at all and some stay in your mind for a long time and everybody extracts his or her own movie from it.

There is something contradictory in your movies. On one hand you are an imagist and on the other you are concerned with literature specially the stream of consciousness. Specifically what I want to ask is in the movie Mr. Nobody you are obviously inspired by the novel A Portrait of the Artist as a Young Man by James Joyce.

Is there any writer who has influenced you? For example Alain Robbe-Grillet?

Tarkovsky. Especially Mirror which I watched many times and I never understood anything. But I cried while I watched this movie and I didn’t know why. Also Federico Fellini’s Amarcord. There are many storylines and many characters and stories and happen in a village. And all these stories have a beginning, a main body and an end point. Amarcord helped me a lot to choose the structure of Toto the Hero. Another film which had an influence on me was Rachel, Rachel by Paul Newman. This film has disappeared now and you cannot find it even on DVD.  I saw it on TV when I was very young. And it helped me to merge the story of an adult to the story of a child.

None of these films depict the reality and almost picture the way of mind working. These films jump from a time to another time and from a place to another place just like the way that your mind wanders.  There are some films that want us to believe what we are watching. Some movies tell you do not believe us because we are fantastic like fairy tales. But what I like is a passage between reality and fantasy. An imagination of reality. These films are about empathy. Cinema can help us to feel empathy with others. It’s a good training for us to try and understand others. Especially when you watch a film in another language about another culture far from your own country. And you can realize that it could happen to you. I like filmmakers that camera is a language for them not a machine. When you have the camera it’s like you want to dance with somebody.

Something remarkable in your films is soundtrack. For example in Mr. Nobody I would like to know the soundtracks are composed before the film or are made in post-production.

There was a song in my mind before and it was a happy song and was in contradiction to the sad atmosphere of the film. But it was very interesting for me to shape it around the film.

Iranian cinema is very important to world cinema. Every year a film comes from Iran which all international cinematographer and audience want to see. For example A Separation by Asghar Farhadi or Taxi by Jafar Panahi or Kiarostami’s films are like dropping a battle in the water and you have no idea what will happen next. In my opinion, filmmaking in any country is a type of resistance and activity and real filmmakers make people think with their works. The most characteristics of Iranian cinema is that many of its films ask a question and don’t try to answer and it’s the role of an artist to make questions not giving an answer. Even if politician answers to all questions, it’s the role of artists to ask new questions. Because the answers change all the times but questions stay.

Any tips for young film makers?