Javad Tousi on Masoud Kimiai and His Films 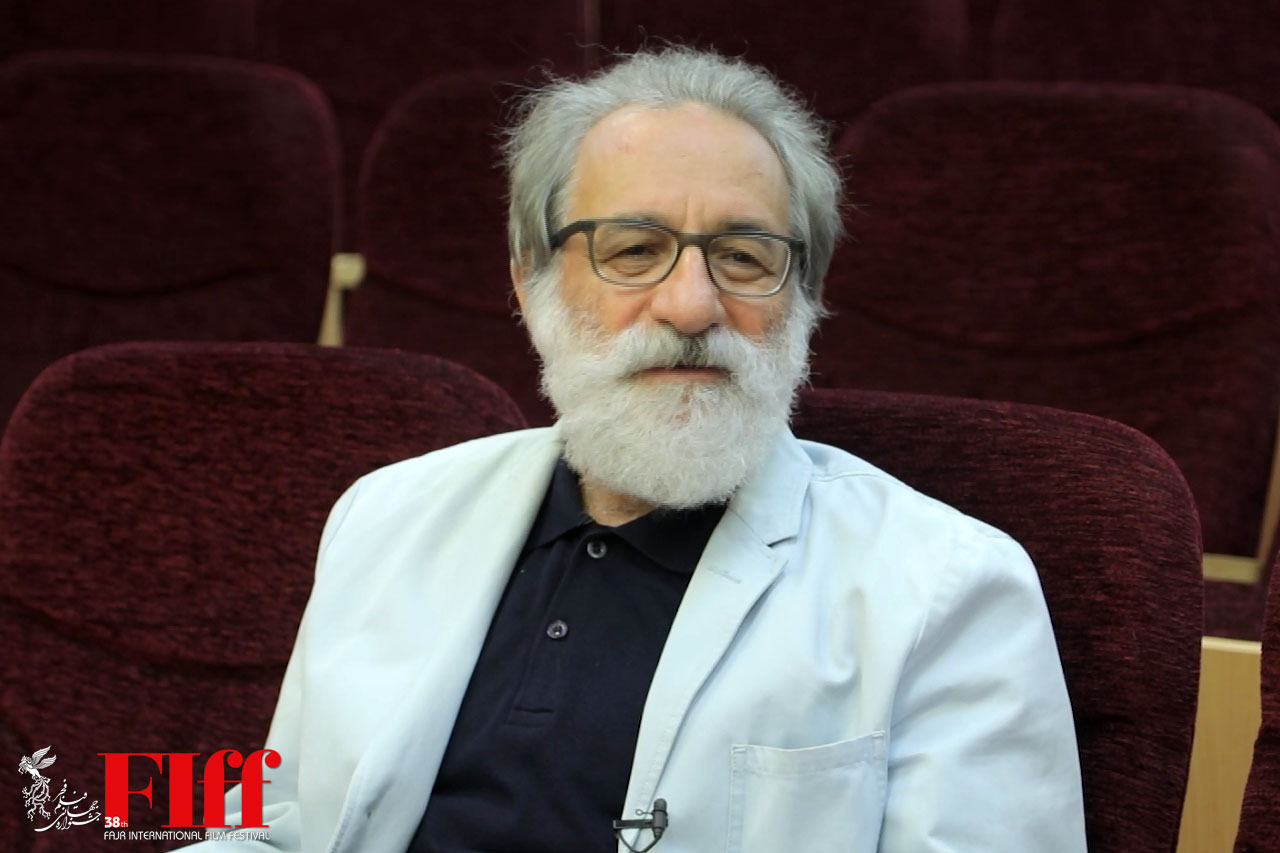 Javad Tousi is an Iranian film critic and deputy of Iran’s Film Critics and Writers Association. On the sixth day of the 38th Fajr International Film Festival, screenwriter Shadmehr Rastin talked to him about Iranian director Masoud Kimiai’s The Journey of the Stone and other films.

All three films take place in a rural landscape. If we want to analyze these films in a historical context, we must say that individualism is there in the Baluch film. The film has been influenced by other communities in a native context. It shows the good and the evil. It shows an individual in an inefficient society. The film shows the gathering of passive people. Those who are in a dire economic situation and do not have any idea why. A higher force exploits them.

The difference between The Journey of the Stone and the other two films is that in this film we see a group of people. Those who have been chosen to carry stone. These are people who have been exploited. These people are not active. One of the characters in the movie, called hillbilly, is close to the characters in Western movies. He is the one who goes to a remote place to which he does not belong. He seeks justice. The film was widely criticized for its political and social implications. In fact, it received more political and social attention than other ones. It was made according to the conditions of 1356 and 1357.

Some people look at Kimiai’s work from their own perspective. According to this group, whenever Kimiai makes a film about social issues, it has to have no good results. On the contrary, he has had more successful results whenever he made individualistic films. But I think these people should know that Kimiai is a very emotional filmmaker who cannot ignore the world around him. The inflamed and chaotic society prompts him to make films. Kimiai has witnessed political and social movements since the late 1960s. Therefore, he can no longer make romantic movies.

At this time, he introduced Qeysar (1969) to the cinema. After that, he made Reza Motorcyclist (1970). He makes films according to the circumstances. In Baluch, he represents a primitive man and in The soil a rural community. But in The Journey of the Stone he avoids giving direct signals. He brings together a group of people with different desires. Everyone says that this is a political and social film.

In one part of the film, Fatemeh, the blacksmith’s daughter, says that before her husband died, her clothes always had purple flowers. Purple flowers are also seen in the film when stone carriers want to start their journey.

In this film, the stone and those who carry the stone completely fill the camera frame. In my opinion, in this film Kimiai, although it shows exploited and passive people, has an optimistic view in contrast to The Soil. There was a pessimistic view at the end of The Soil.

The Journey of the Stone seeks to show a social movement. It calls on man to move. This film has an emotional and reactive look at the situation. Some say this is an opportunistic film. But I think it’s emotional. In this film, the journey of a stone is shown. The rock can travel when it softens.

Kimiai has a lot of information about his time. He does not sacrifice realism for optimism. He made the Red Line after The Journey of the Stone. If the film was released to the public, the direction of Kimiai’s filmmaking could have been changed.

After a short time, Kimiai made a different film called Snake Fang (1990). His audience from The Deer to Snake Fang stood away from cinema for several years, but the connection was still maintained. Can he connect with the new generation of audiences?

The point of view of the filmmaker is very important. Repetitive elements are evident in Kimiai’s works. However, he has changed. The style of his dialogue has changed. He wants to explain his situation with a monologue. We pay attention to his works and moves forward step by step. The slogan is the language of ordinary people in his films. He pathologizes the time. His historical works are here to stay.