Karen Shakhnazarov: Image Is Everything in Russian Cinema 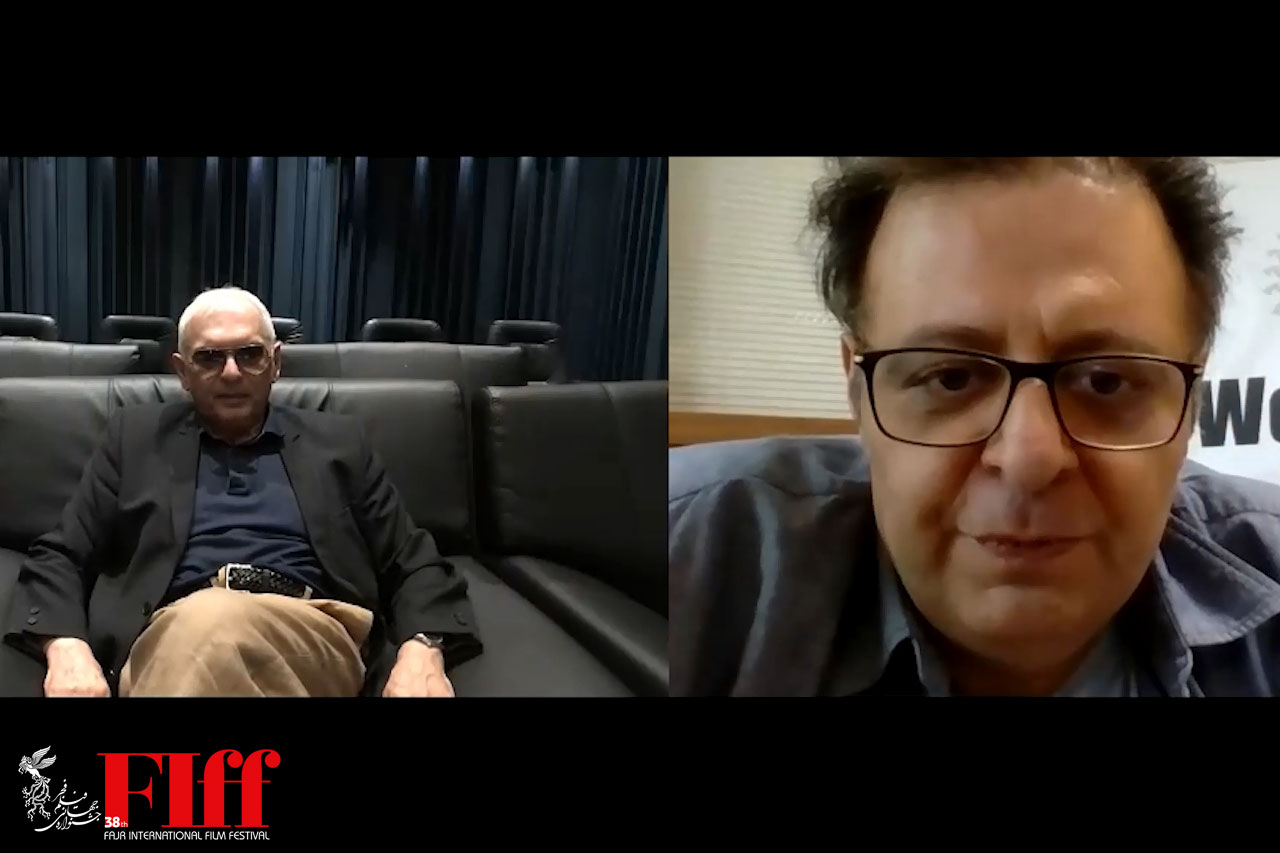 Karen Shakhnazarov is one of the leading masters of the Russian cinema. A heightened sense of modernity, an ability to highlight the most important details of time, to entertain the audience and at the same time to make it think and empathize – these are the key features of his films. They are well-known both to Russian and foreign film viewers. Also, they are the winners of prestigious awards at film showcases and festivals. Karen Shakhnazarov films won more than 50 international and national prizes and awards; two of his films were in the program of Cannes Film Festival, two were the candidates for the Oscar nomination, they represented USSR and Russia at many other International Film Festivals.

Here is a dialogue between film critic Kamyar Mohsenin and the Russian maestro.

Today, within the framework of workshops, we are proud to host Shakhnazarov, one of the best filmmakers, a very unique friend, and supporter of our festival during these years. The festival screened The Assassin of the Tsar and The Rider Named Death, two of Shakhnazarov’s most popular films among Iranian critics and festival-goers in the last four years. Tell us about your collaboration with the FIFF.

I would like to say that I participated in the competition section of the Fajr Film Festival in 2009 with a film adaptation of Chekhov’s novel, Room No. Six. And I got two awards; the main prize and the best actor. Therefore, I am proud to have received these two awards from Fajr.

For Room number six, it was gratifying to show your film at the festival, and also to receive an award. I think there have been a lot of Iranian film lovers over the years who have become acquainted with your work, and you are one of the most popular filmmakers among some of the most famous Iranian critics and Iranian film lovers. Let’s start with your first step. Before you studied at the Vizik Film School, there was no connection between you and cinema and special interests in it, and why did you decide to enter the art of cinema?

I had no special connection with cinema, except that I was a fan. Like many young people in the Soviet Union. So cinema was very popular. Our main fun was going to cinema, tickets were cheap and we watched a lot of movies in the former Soviet Union, which were absolutely cheap. I remember this was the fun of all our friends. In fact, that was the main reason we went to cinema. I think they should ask the critics what message do you want to give to people? We make clever reasons, but as a young boy, a young man, going to cinema to see beautiful young female actress! Cinema is fun for them, but I think cinema is not fun at all. From a professional point of view, life is very difficult and you will understand this over the years. On the other hand, this feast of emotions that cinema is fun and exciting is still present in my culture, but I realize that working in cinema is generally difficult.

It is written in many reference books that you studied under the famous Russian director Igor Talankin. He is best known for Tchaikovsky (1969), who was nominated for an Academy Award for Best International Film, and for Splendid Days (1960), which won an award at the Karlovy Vary Film Festival. It is very strange that when you read the history of Russian cinema, you come across very incredible points. Talankin was an inspiring filmmaker, but as far as I can remember, he did not make another film after Starfall in 1981 until his death around 2010. Russian inspirational filmmakers have not been heard from for a long time; They do nothing; They do not make films. Did Talankin make a film inside Russia after Starfall?

I think his last film was in 1981. It flopped at the box office. You can say it was forgotten, and yes. He didn’t make a film for about 20 years, but he was a really great filmmaker. I owe him because he taught me so much. He was a great teacher, and he made some amazing films. To be honest, filming is very difficult. If you look at the biographies of all the famous filmmakers, you will notice that they have one or two everlasting films in total, which is really understandable. All in all, one or two really good films are enough for a filmmaker. A good movie can last for years because only time is the judge of the movie. That’s why I think Talankin paid his contribution to Russian cinema, even if he made at least two good films.

Talankin distances himself from a kind of realist thinking in Russian cinema. He used actors in an effective way. I am referring, for example, to the astonishing performance of Innokenty Smoktunovsky in Tchaikovsky. In this film, Talankin gives a lot of space to the actor to do amazing things on screen; An appropriate performance with all the details in his performance and face mimicry. Even now that you are watching Talankin’s movie, everything is very inspiring. In Talankin’s films, one can see how scene design becomes a very important factor in a Russian film. Fortunately, there are traces of both in your films. Interacting with the actor and using stage design is a very key factors in your filmmaking, which I think is unparalleled and enjoyable.

Yes, this was a key feature of Soviet cinema. The directors interacted with actors and the expression of acting was very important to them. I think the most important thing that was invented in Russian cinema was the image. It was cinematic image that started with Eisenstein, started with Pudovkin, Kolshev until Tarkovsky. For example, I think American cinema is strong in terms of storytelling. It has great stories. In contrast, Russian cinema is not the best in storytelling, but the image is strong in our cinema. From this point of view, it is similar to Iranian filmmakers, because in my opinion, Iranian cinema is strong in terms of image. The best Iranian filmmakers make the best and most amazing images, and I think part of your national cinema is similar to Russian cinema. In my opinion, to be a filmmaker, you have to choose the right actor. If you choose the right actor, you can say to have made the film. If you do not choose the right actor for the film, you will lose your film, and in my opinion, in order to be a good filmmaker, you have to pay attention to this main issue, which is to choose a good actor. Second, if you can use a very good actor, people on the screen will see more than just a simple scene. They see something on the screen that makes them feel. In my opinion, this is the strongest aspect of Russian classical cinema. As I said, the story is not strong in Russian films and this problem always exists. Even in the best Russian films, the images are amazing. So for the best Russian filmmakers, the weakness of storytelling exists.

Luis Bunuel said that it is very difficult for European filmmakers to tell stories like Americans. This is due to the complexity of their country’s literary history. Cinema was not based on storytelling in the first place; But going back to Soviet cinema, I think a very important reason for accepting film as an art form is the theatrical work made by filmmakers like Sergei Eisenstein, Kolshev and Podfkin, which are, of course, great works. They talk about something that no other art form can convey to viewers. You can forget everything about time and location and then have a team with a concept, which can combine different images to create a work of art. And this is a correlation; It is the first thing that finds its way and cinema is accepted as an independent art form because before Kolshev, Eisenstein and Podovkin and other famous directors of Russian classical cinema, many art critics criticized cinema as a collage of other arts. Nothing special comes out in the heart of cinema. The theory of editing comes. You are right. The theory of editing makes a ground for cinema to become an independent art form.

Yes, I think it is completely true. I think great filmmakers like Eisenstein and Kolshov made cinema like art. Before them, cinema was theater. They only recorded on negatives. They said that cinema is a special art and has possibilities that capture people’s emotions, they invented editing. Cinematographers like Kolshev made cinema an independent art form. I think the contribution of Russian filmmakers to the world cinema is very important. I can say that in American cinema, perhaps the director closest to this view is Griffith. He tried to make cinema like cinema. But I think Eisenstein is the main figure in this.

You talked about image. I want to mention the impressive tracking scene at the beginning of Anna Karnina. There is an attractive scene in your film; The search for time and place by geography, history, and race is a turning point in the beginning of an exciting adaptation and literary work.

Let’s go back to the very early step of your work. You were Talankin’s assistant. Then you made a short film. I think your first short film was based on a story by Vasily Shukshin.

I was Talankin’s assistant for about two years. His film was called Take Aim which was not very famous. The film is about Igor Korchatov, played by Sergei Bandarchuk, and is about a rivalry over production of nuclear weapons in World War II. My job as Talankin’s assistant was to bring Bandarchuk to the set. Later in 1975 the short film Shire Shag, Maestro! I based it on a story by the famous Russian writer Vasily Shukshin (a Soviet Russian writer, actor, screenwriter and film director), which was actually my diploma work.