Kianoush Ayari: Work on New Ideas to Get the Picture 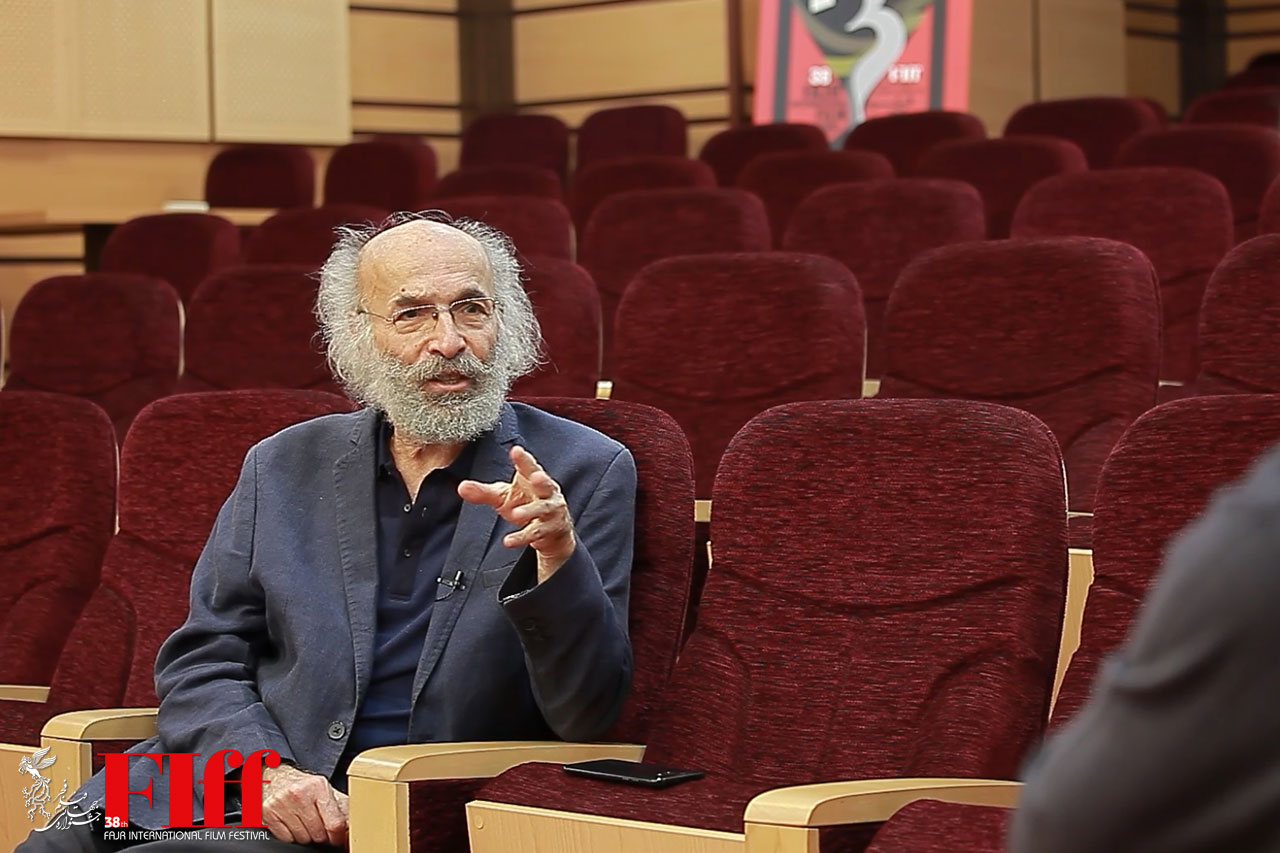 Writer and director Kianoush Ayari is famous for his realistic style and unique stories like heart transplantation in his movie To Be or Not to Be or fate of a teacher after the horrible Bam earthquake in Wake up, Arezou. Ayari started his cinematic career by making 8mm short films. His first professional movie was Tanoureyeh Div. His movie The Abadanis won the Silver Leopard for the best movie at the Locarno Film Festival in 1994.

The 38th Fajr International Film Festival kicked off on May 26 with the screening of Ayari’s restored classic movie Beyond the Fire. Produced in 1987, Beyond the Fire tells the story of Nozar. After his release from prison he comes to his brother, Abdulhamid, in order to go to collect his share of the money after oil companies took their home ownership.

On the third day of the 38th Fajr International Film Festival, screenwriter Shadmehr Rastin talked to Iranian filmmaker about his famous film.

If you watch Beyond the Fire again today, what is the first image that comes to your mind?

A person born in Ahvaz does not see the stars in the sky. Because there are flames all around Ahvaz. Natural gases that burn create blaze and the sky of Ahvaz turns red. The smell of oil is everywhere. In the past, the people of Ahvaz used to go to the flames for fun. They also played games. For example, who can get closer to the fire? Sometimes some boys asked girls to marry near these fires. These fascinations led me to make my first film Beyond the Fire about two boys in 1350. It is an 8mm film. In 1365, I made another film, the other Beyond the Fire. At that time, Ahvaz was at war and was very insecure. The situation was very turbulent during the time we were filming. Making films was difficult. The crew members were very worried. On the second day, sirens sounded and everyone fled. Despite the danger, everyone was stayed until the end of shooting.

I saw five different interviews with you, all of which you mentioned the sweet smell of oil. When I saw Beyond the Fire, its western setting was very attractive. I saw the 1366. Then I saw The Spirit of Scorpion, which was an urban film. One had a Western setting and the other an urban one. Two completely different settings. You are a director who likes Hollywood elements but does not fall into the trap of Hollywood stereotypes. How do you connect this Western and this artistic structure? You are interested in the components of the genre but do not miss new experiences.

When I make a film, I think of nothing but the camera. I work on new ideas to get the picture. Nothing happens intentionally. I do not limit my interests. In Beyond the Fire, we dug up the ground two meters deep so that we could film the girl and the 60-meter rig from inside the hole. I thought of nothing but the image there. I think image should speak to us. This is the way of those who have an attraction to classical American cinema. Story matters in all movies. I do not like to make anti-story films. Maybe the only exception was Wake Up, Arezou. It had its ups and downs. Because two or three of the scenes were based on photos. Small moments are fascinating to me. I try to draw people with all my power. The definition of characters must be correct. If characters are defined correctly, actors will not make big mistakes.

You have a special interest in people and you like to communicate with the audience. You like to deal with the inner spirits of human beings. You communicate sensually. How do you persuade other co-workers such as cameraman, sound mixer and actors to join you?

I see everything from a visual standpoint. Especially new things. I have a personal curiosity when I see something. What I see later becomes the subject of my film. I try to enrich the subject. Thus the subject of my film is different from what I have actually seen. There may not even be a trace of the real subject in my film. It gets lost in the movie. Every subject has thousands of perspectives and we must find the right moment. Then we may see that the subject has changed. This process must be analyzed. We need to understand how this subject is formed.

What is your favorite movie?

I like the films of directors like Alfred Hitchcock, Billy Wilder and Francis Ford Coppola. But recently, unfortunately, I have done nothing private in my life other than brushing my teeth. I haven’t seen any movie recently. I have not seen these new series at all. It was even interesting to me that a series more than 24 was made.

Will you make Beyond the Fire again?

I would probably change the story structure. I will change the technique and form of the film. I should have used Arab actors in this film. I prefer using Arab language speaking actors. This mistake upset me.

The 2021 FIFF is currently underway in Tehran until June 2. This year’s festival is presided over by Iranian film director and screenwriter Mohammad Mehdi Asgarpour. The festival is widely considered one of the most prestigious and influential in Asia, Europe and Greater Middle East.