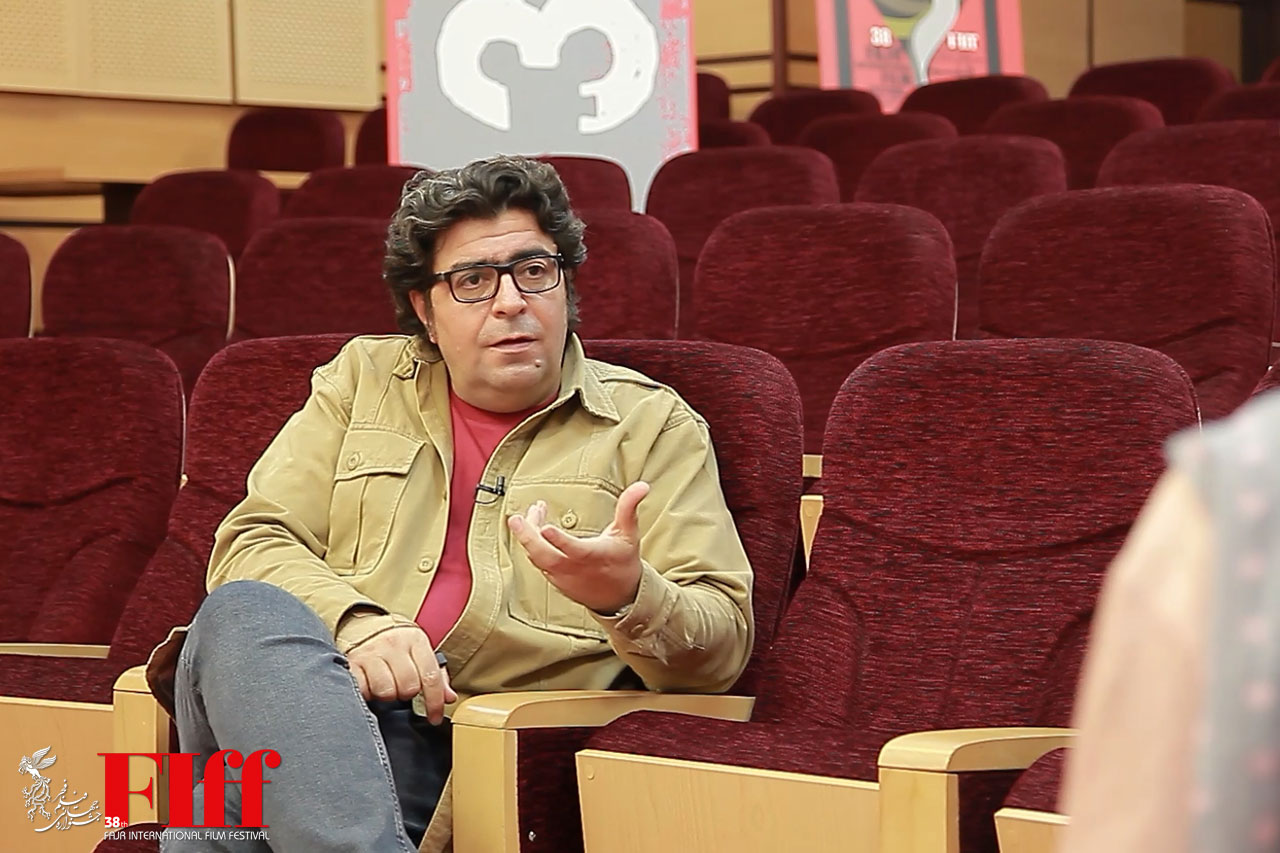 Majid Barzegar is an Iranian film director, producer, screenwriter, and photographer. He established his film company Rainy pictures in 2005 with the aim of stimulating independent film production in Iran. Barzegar has also been the president of the board of Iranian Short Film Association since 2008. On the second day of the 38th Fajr International Film Festival, film critic Sahar Asrazad talked to Majid Barzegar about the importance and experience of making short films.

Tell us about your background and experiences in filmmaking. I think there is a certain style in your work. Tell us about this personal taste and view.

I have been interested in cinema since I was a teenager. Later, I studied at the university, made films and taught the art of film making. In my opinion, what is important is to study the history of Iranian cinema. We need to know this context. Despite the rapid introduction of film making tools, film making progressed slowly. Since the 1940s, there have been important periods in Iranian cinema. It is important for me to know the path of Iranian cinema through film history studies. Iranian cinema must be examined historically so that we can understand where we are skilled and where we can rely on our film making. The history of our cinema has had many films in the past two decades, and many of these films have been successful. But this success was short-lived, and many of the films lost their importance over time. We have to pay closer attention to the history of our cinema

What is your opinion about the technique in films?

In my opinion, years later, when people talk about this period in Iranian cinema, they also will talk about us. So we have to do something to have a lasting name in the future. I do not want to influence the minds of others. But I must say that what is important is the form. Cameras and actors are important. In serious films, form is very important. In this context, I tried to make my films by accepting the influence of historical process in Iranian cinema. I think now independent cinema is very lonely and may even be lost due to the economic conditions. Cinema became more expensive. A film that is made at a high cost can no longer be considered independent film. Everything became more expensive and cinema came under the control of market currents. Perhaps ways and conditions could be found to simplify film making and help independent cinema.

How can Iranian films participate in international festivals?

Many tell us that you only make films for foreign festivals. This is not true. Everyone makes movie for a purpose. Festival is also a goal. A wider audience is another goal. The problem is that 70% do not know who their audience is. I make films for an audience that I like their taste. Every movie has no more than a few destinations. One of the destinations is film festival.

Tell us about the features of short films in Iran.

We may be one of the few countries that still screen short films. In Iran short films are made very similar to feature films that have an actor. Directors use great sound recorders and cameramen to make short films. These films are short but they are not different from series. One of the features of short film is not being afraid to be in the form of narration and form. The destination of these films is festival. The makers of these films do not claim to sell well. These directors make films for a specific audience. Short films are cheap and therefore have a good market in festivals. In my opinion, festivals are an opportunity for Iranian cinema. Some say that those who make films for festivals have forgotten their audience. I think this is wrong. Some people like entertainment. That is not a problem. It is part of cinema. But some may be interested in more complex experiences. Festivals are an opportunity for these films.

Short film is not considered independent film. Many directors consider short film as a test for making a feature film. Tell us more.

In the past, one of the problems in the Culture Ministry was that anyone who wanted to make a feature film had to make a short one first to get a license. While we have filmmakers who are interested in short films. The work experience of many directors illustrates this fact.

The 2021 FIFF is currently underway in Tehran until June 2. This year’s festival is presided over by Iranian film director and screenwriter Mohammad Mehdi Asgarpour. The festival is widely considered one of the most prestigious and influential in Asia, Europe and Greater Middle East.