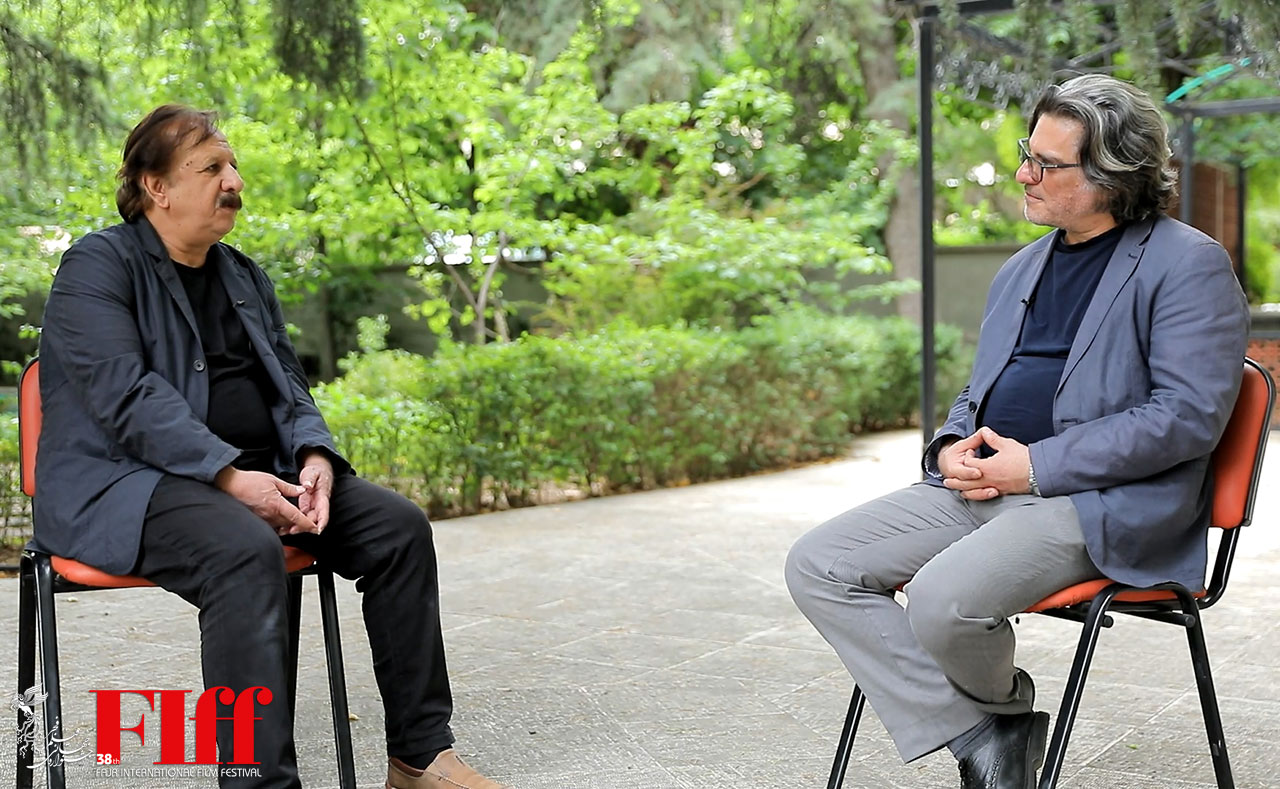 Majid Majidi is an Iranian film director, producer, and screenwriter, who started his film career as an actor. In his films, Majidi has touched on many themes and genres and has won numerous international awards. In 1998, Majidi directed Children of Heaven, which was nominated to receive the Academy Award for Best Foreign Language Film. Though it lost to the Italian film Life Is Beautiful by Roberto Benigni, Children of Heaven is the first Iranian film to have been nominated by the Academy. His first feature film was Baduk.

On the second day of the 38th Fajr international Film Festival, screenwriter Shadmehr Rastin talked to Majidi about Baduk, which screened in the Classics Restored category of the event.

Baduk (1992) has been restored and was shown again. Baduk is an important movie. How was it made and where did its idea come from?

Baduk’s production dates back to the late eighties. It was in 1989 or 1990 that it was produced. Before Baduk, I had the experience of making a few short films. I always wanted to choose a story for the first film that I could get involved with and be concerned about. I was working in the Hoze Honari at that time. I had undertaken a literary and artistic festival at that time in different provinces. We were going to hold this festival in Sistan and Baluchestan.

I travelled to this province a week earlier. The atmosphere of this province attracted me. It had special conditions in terms of being a border province. At that time, a large number of children were smuggling clothes from the Mirjavah border. I went to this border myself and witnessed a special situation. From the beginning, I was concerned about children, which has its roots in my adolescence. Making such a film was hard work at the time. At that time, we used one camera, which meant we did not have any sound recording on location. We filmed with negatives. I remember we consumed 87 film reels. We had difficult conditions in terms of production and environment. We were all semi-professionals. We made so-called a student work. The project was challenging.

You were a prominent actor at that time.

But I did not take acting seriously. I did it for experience. Because I studied theater, the world of theater was small and limited. The Cultural Revolution closed down all universities. Well, the world of cinema is bigger. I thought the best way to experience cinema was to get into acting.

Baduk does not look like a director’s first film at all. Did you find your cinema from the beginning?

It goes back to the fact that I followed cinema seriously, I followed the history of cinema. For a period of two or three years, I studied classical and new wave cinema in France and Italy and only watched movies. Even in literature, I studied constantly. Well, I liked classic cinema. I loved every story I had to work in this cinema. That’s why I tried to make the type of scenes and sequences as close to the cinema as I liked. For example, in Baduk, there is a sequence in which people jump down from a car. It was a sequence I had seen in research. It’s like documenting with camera. I wanted it to be made with the same sense of excitement among kids and adults.

It is a kind of neorealism that you wanted to make a classic.

It is a combination. I really liked classic Italian cinema and its influence are still there. This is your own combination. Your view of the scenes is neo-realistic and well-documented, and the actors are not professional, but the structure is classic. It was as if everything was formed with Baduk.

How can a film with social concerns and problems be presented but the structure and art have quality? What is the fine line between the two?

There is not much formula to deal with these issues. Part of it goes back to the filmmaker’s life experience and perspective. Anyway, considering that I had a challenging life as a teenager, I also have a hopeful outlook on everything. Man is alive with hope. Without hope, nothing remains for man.

Who is your favorite filmmaker?

I have a special interest in classic cinema and Italian neorealism. For example, I have always admired Federico Fellini. I have seen La Strada 50 or 60 times and it always inspires me. I like John Ford’s cinema. Where do these clouds in his films come from? In Asian cinema, I like the cinema of Ozu and Kurosawa. But the cinema that has always been with me is Federico Fellini’s.

Asian filmmakers know you well and follow your films. Would you like to be known in other countries?

Europe is in the Western hemisphere. We have our roots in the East. Migrant film makers never make it big in the West. Abbas Kiarostami was smart. His films had huge reception in the West, but he never went there.

The 2021 FIFF is currently underway in the Iranian capital until June 2. This year’s cinematic event is presided over by Iranian film director and screenwriter Mohammad Mehdi Asgarpour. The festival is widely considered one of the most prestigious and influential in Asia, Europe and Greater Middle East.