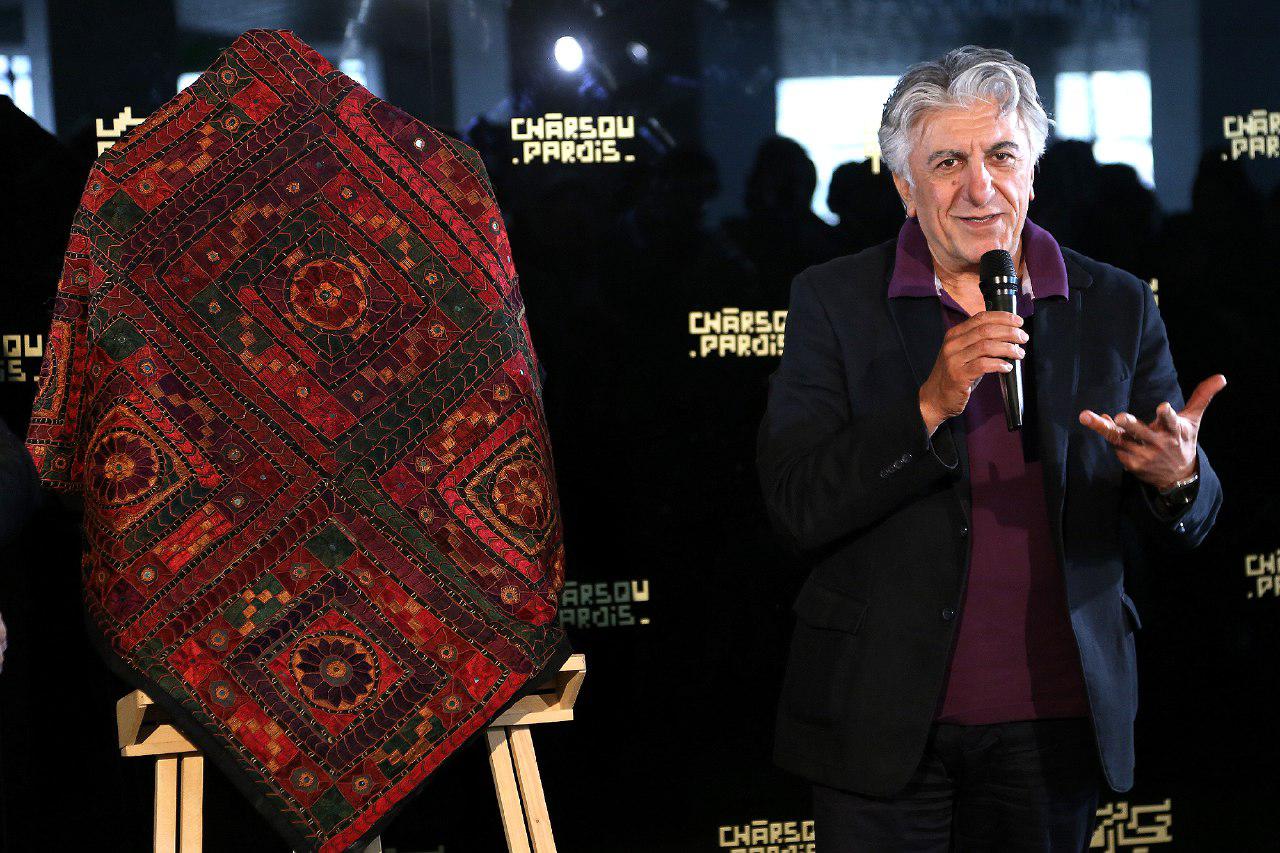 The poster of the Fajr International Film Festival has been unveiled, depicting Ezzatolah Entezami in the applauded movie, “The Cow.”

According to The Public Relations Office of the 34th FIFF, the poster of the festival was unveiled in Charsoo Cineplex right before the first press conference of the festival.

Kianian pointed out that they would love it for Ezzatolah Entezami to attend the unveiling ceremony and indicated: “You’ll find out the reason after the unveiling. He couldn’t be with us because of his illness.”

After unveiling the poster of the festival which depicts Ezzatolah Entezami in the movie, “The Cow” directed by Dariush Mehrjui, Mirkarimi stated: “In a lot of festivals worldwide, it is common to publicize a film festival using a frame with such national impact. Moreover, the portrayal of celebrated figures on such posters could pay these actors tribute.

On the other hand, “The Cow” is an internationally acclaimed film and has also been endorsed by Imam Khomeini. It is worth adding that, this film has paved the way for the Iranian post-revolution cinema.”

34th Fajr International Film Festival will be held on April 20th to 25th 2016 in Charsoo Cineplex in Tehran.