فارسی | English
Fajr International Film Festival > General > Pouria Azerbaijani: Arvand Is All About The Atmosphere/ I Always Wanted To Make A Film About War

Pouria Azerbaijani: Arvand Is All About The Atmosphere/ I Always Wanted To Make A Film About War 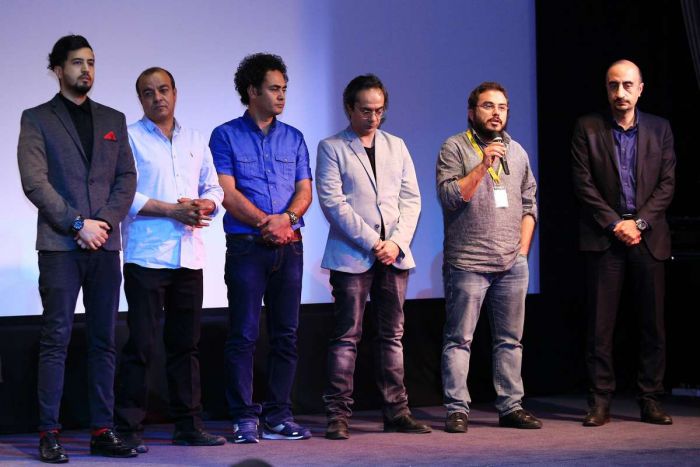 Arvand director said: “there is no turning point or suspension in the story of this movie, the film is all about atmosphere.”

According to the Public Relations Office of the 34th Fajr International Film Festival, today, 22nd April, Arvand ,directed by Pouria Azerbaijani, was aired in the festival for the first time. In addition, after showing the film, its Q and A session was held.

In terms of the subject the film, war and its related events, Azerbaijani said: I started film making as assistant of Rasoul Molagholipour and I always wanted to make a film on war. Then, I wrote this screenplay and Mehdi Davari, the producer of the movie, read it and we ended up making it.

In the ending title Bahram Radan is appreciated and one of the viewers asked about it. In answering this question, Azerbaijani said: Bahram is my good friend so in the early days of making this movie we consulted with him so we would like to thank him in the ending title.

In the end, Azerbaijani thanked all the people who helped him to make his movie but could not come to this premiere of Arvand and he added: maybe the only reason that makes this project happened was my wife who always stood behind me.