Premier of New Version of “The Lovers’ Wind” at 34th FIFF 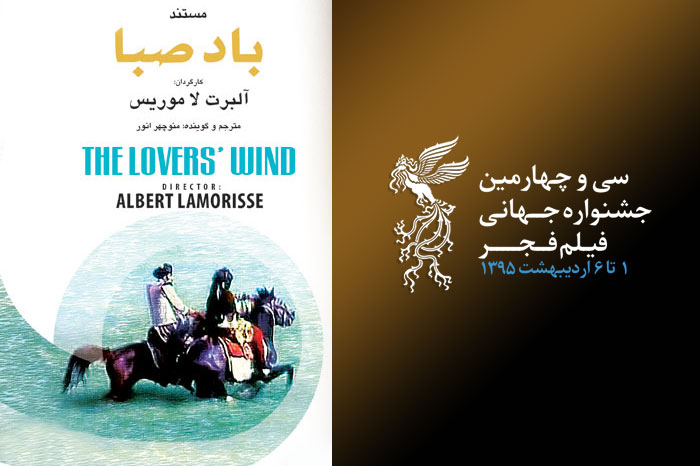 The remake of the memorable documentary, “The Lovers’ Wind”, will be premiered at the 34th FIFF.

As reported by the public relations office of the 34th FIFF, the digitalized version of Albert Lamorisse’s unforgettable documentary, “The Lovers’ Wind”, will be premiered at the 34th FIFF with Iran National Cinematheque’s collaboration.

“The Lovers’ Wind” is a 1969 documentary with a poetic look at Iran’s nature and Iranian people’s life. Manoochehr Anvaar has narrated the story and Master Hossein Dehlavi has composed the score of the film.
About 85% of this documentary has been shot from a helicopter.

The 34th edition of Fajr International Film Festival will be held from April 20th to April 25th, 2016 in Tehran, under the supervision of the well-known Iranian filmmaker, Mr. Reza Mirkarimi, who is also the Managing Director of Khaneh Cinema.