فارسی | English
41st Fajr International Film Festival > General > A Report of Homayoun As’adian’s Workshop: Give the Actor A Chance To Be Creative 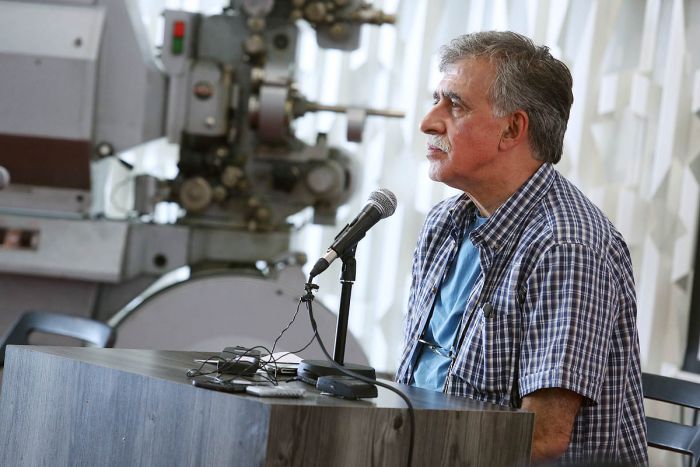 As’adian began his speech by stating that he is not interested in academic issues, and whatever he knows he has learned by experience, and this is the only approach he can discuss things with the students of Darolfonoun. He continued: “directing begins with choosing the script and it continues with picking good cast and crew”.

Although he mentioned that “what a director hopes to achieve most times do not happen; this also happens with the casting of the actors. Sometimes a director writes the script with a special actor in mind, but for many reasons the actor cannot participate in the making of movie. And the director has to find another one who is not qualified for the role. And what can a director do? Most times they do whatever they can to change the actor to someone who he is not”.

As’adian also mentioned: “you have to first now the emotional capacity of the actor, and then give that person a role. If you have a professional actor, everything is easy. He knows the frames and lenses; although most of our characters are not familiar with the lenses. But sometimes you have an amateur who needs help with the methods and everything”.

This screenwriter who had worked with amateur actors in the movie “Kissing the Face of the Moon”, talked about the method of working with amateurs and stated that: “before I started working with these senior women, I asked to come to my office for some weeks and I got to know them while we were eating lunch. For instance, I realized Ms. Madani is a very sensitive and emotional person, and because of that she cannot be controlled sometimes. I told this to the rest of the crew and asked them not to argue with her a lot”.

As’adian asserted that “the worst way to approach an amateur actor, whether he is a kid or an adult, is to tell him now I want you to be sad, or pretend like you are thinking deeply, or to be happy”.

He also advised students to never rehearse the emotional scenes, even with the professional actors: “because when you are rehearsing, the emotional capacity of the actor becomes wasted. And it has happened a lot of times than the real shooting is much weaker than the rehearsal”.