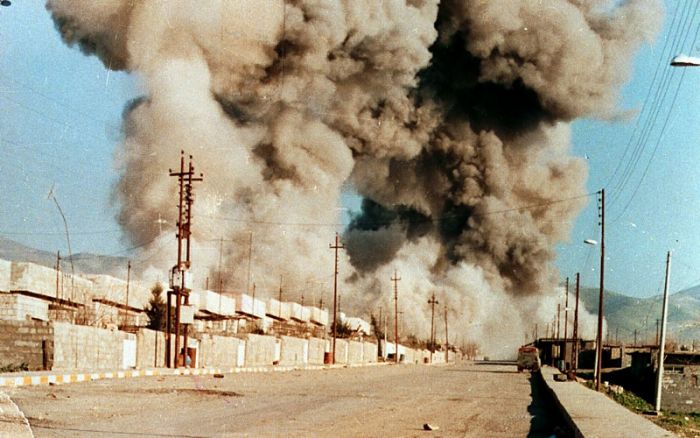 Mehdi Ghorbanpour’s documentary, “Zemnako”, tells the story of war children, being kept away from their roots and identity.

As reported by the public relations office of the 34th FIFF, “Zemnako” tells the story of Ali, a Kurdish young man, who is brought to Iran following his separation from his homeland during the Halabja chemical attack by the Saddam Hussein regime. He is brought up by an Iranian woman, but after his Iranian mother’s death, he decides to go back to Iraqi Kurdistan, searching for his lost identity. The filmmaker attempts to warn people against war in the neighboring countries and the uninterrupted dispersion and violence among the victims, through putting the past and the present side by side and depicting the main character’s concerns, loneliness, and distress.

“Zemnako” is an invigorating narrative documentary. Being introduced to Ali’s life crisis at the very beginning of the story, the audience further accompanies him all through his journey to Halabja as he tries to track down his past life. With special visual effects, this documentary takes a poetic look at Identity Crisis. The ending of the film denotes perpetual war in the neighboring countries through showing a number of little children taking refuge in a camp in fear of ISIS, yet looking forward to a brighter future. This chapter of the film proves that “Zemnako” is not merely a character-centered documentary. It touches on a gut-wrenching universal subject which is really hard to follow.

“Zemnako” will be screened at the Special Screenings Section of the 34th FIFF.