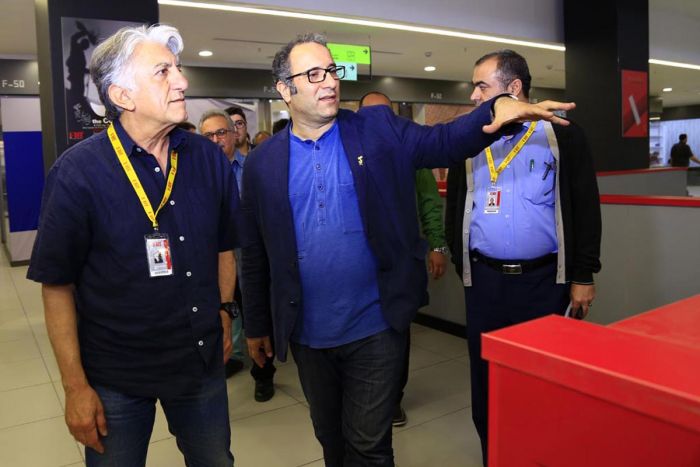 The director and the organizers of the 34th FIFF participated in a tour in the festival palace which was called training maneuver and were informed how different parts of the event will take place.

According to the Public Relations Office of the 34th Fajr International Film festival, during this visit in which festival’s organizers attended in Charsou Cineplex, Reza Mirkarimi and festival directors visited different parts and departments of the festival and were briefed about the process of holding the festival. Director of 34thFIFF visited Film Market, Public Relations office, food court, and Darolfonoun and was informed about details of programs of each department and checked out the procedure of services to audiences and guests of the upcoming event.

Dr. Hojatollah Ayoubi, President of Cinema Organization also joined this training maneuver and was briefed about the process of holding the 34th edition of FIFF from issuing the cards to the festivals mobile application.

34th FIFF is started in April 19 2016 exclusively for media representatives and the programs will be officially started in Wednesday, April 20, 2016.