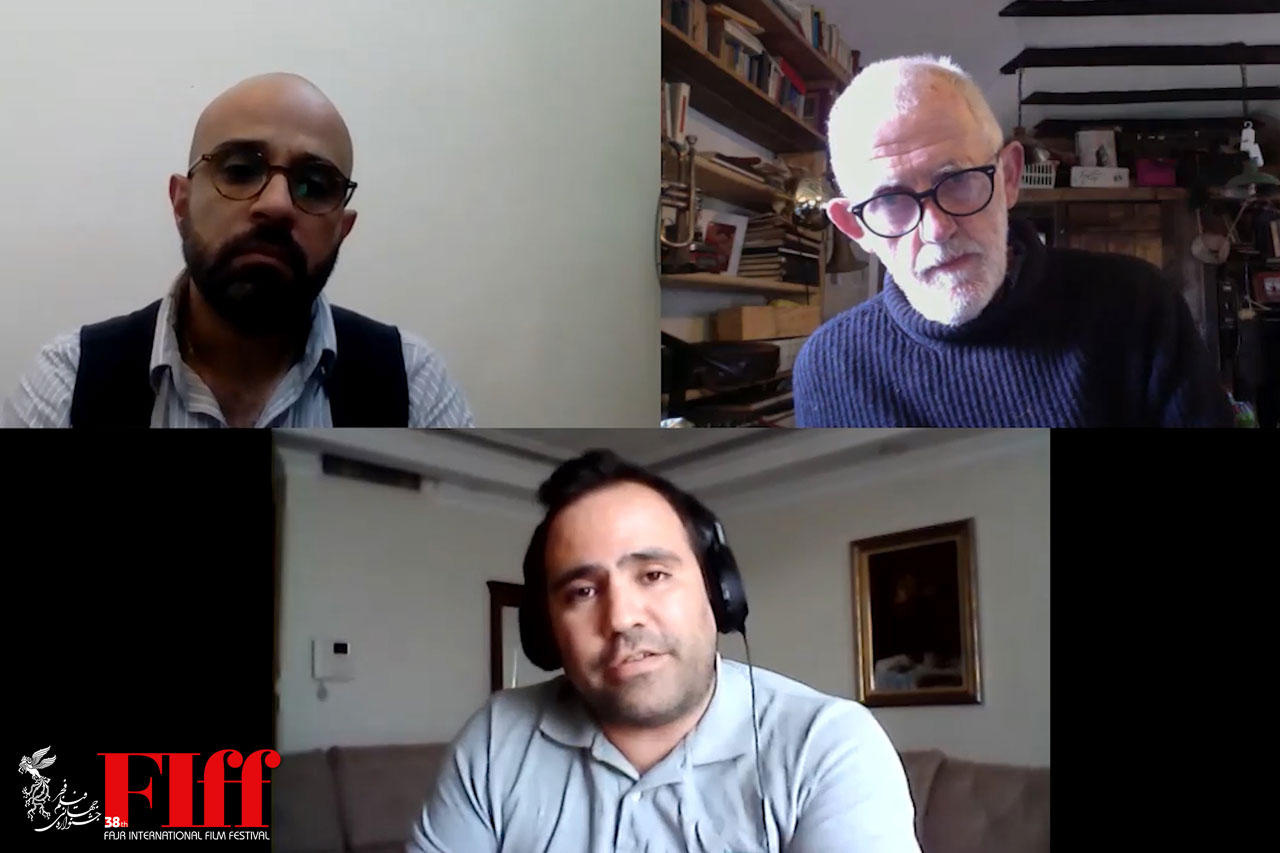 Stephen Warbeck’s is one of the most successful British composers in modern film industry. His many credits include Shakespeare in Love, for which he won an Oscar for Best Original Score; Captain Corelli’s Mandolin, Billy Elliott, Birthday, Quills, Mrs. Brown and My Son the Fanatic.

In an Interview with Iranian Composer Mani Jafarzadeh, Oscar-winning composer talks about career.

It’s a great pleasure we have you in the virtual edition of Fajr. Tell us about creativity in your field.

Where there are differences in the taste, who is right and who is wrong?

The most importing things, it’s there is no right and there is no wrong. And I said this to filmmaker maybe eight years ago. I was working with somebody and he kept saying this music is not right, so I did another version and another version. At the end I said there is no right music. The sequence in film there is many solutions. If it’s tragic solution you can use tragic music. There is no right music. Maybe this’s a silly comparison. But if you imagine you work in somebody’s kitchen as the carpenter and if they say they want cabinet and shelves here and you say no no no! you have to bring cabinets here. In the end, you have to find what’s good about their plans and you have to find in yourself how you can appreciate and understand why they made a decision they have. There is no absolute truth. It’s always relative.

What about your own personal contribution?

It’s a very interesting question. The point is that the music that you write should remain true to your voice. And if you can’t find what the director wants something that you believe speaks the truth then that’s very difficult, so your conversations at the beginning and this to find this common ground. It’s a ground that you can express what you think is needed for the film and that’s also speak to the director. On the occasion that you cannot find the common ground and you try to create the music for something without your heart, without any emotional and sympathy for it, it’s very difficult and very depressing and not very creative.

Do you believe that the world comes to the place when the film and the music reach a common ground or the creativity of artist still matters?

So my answer would be longer. Yes, it’s true. But we can struggle to make it different. So I often try to introduce an instrument which is maybe a special instrument made for the film. I don’t say I succeed. But I want the music for each project to be different, to be unique, and special for that project. You do run to difficulties because I’m now writing music for the film set in Wales. My main instrument is accordion. The Sky, the producer, said this is not good, because it’s French. I also have mandolin. So I had a conventional small orchestra but I had accordion and mandolin. And I chose them because it’s an emotional film and it’s very expressive instruments but I’m pragmatic, what happens you get to the mood in the end. So my music for that film became more conventional. I replaced Clarinet instead of accordion and guitar instead of mandolin. So in a way we are struggling against producer whom wants something more conventional music. Our work is constant struggle between trying to find a unique voice for that film and the foreigners that they wanted to see another successful film. So I agree. The small budget film is easier to be more little truthful and original. Everybody knows that films have tempo music or reference music. If as a composer you can do a different thing which is you provide the temp music that sometimes is possible. So if you start sending the music to the cutting room and you’ve created it, then film grows and evolves with your music and you have another tension between the temp music and your music which is gone to replace it.

It’s really interesting to see that everywhere the same problem occurs. How do you do certain projects? Does a melody come to your mind first? Is it a sound of an instrument? Where does it start for you?

It usually starts with me finding a place in the film when I watched the film finding a place which really affects me, and sometimes it might be something visually, or it might be a person who walking on the sand, or it might be a people who dies or a love scene. I will find somewhere in the film that affects me and attracts me. And very often I write a theme not looking at the film. So I go way from the film to the piano maybe I write the theme. And the last one of the thing that I’m doing I asked my daughter that come and listen it. Do you like the theme? And she said yes, I love it. Maybe you should go up here and so I maybe make a change to theme for couple of days and I start to look at the film again and I play the theme against the picture and I might say ok. I’m working on a Belgium comedy film and I use the Banjo again and clarinet. It reflects all the coolness of characters. So you have to share some points with director. The director said I love the theme or this is not good thing. If the director doesn’t like your theme, starting again is much more difficult, because your first response to the film is very honest one. And you have also to look at other places for the theme which is less instinctive and more difficult.