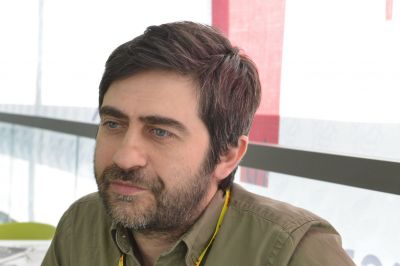 An Interview with Emin Alper, Turkish Director of “Frenzy”: I Was Expecting A Minor Festival, But I See Fajr Is Such A Huge Event

Born in 1974, Emin Alper was trained in economics and history and holds a Ph.D in Modern Turkish History. His first feature film, “Beyond the Hill” (2012), received numerous awards, including the Caligari Film Prize from the Berlin International Film Festival. “Frenzy”, Alper’s second feature film, was screened in the main competition section