فارسی | English
Fajr International Film Festival > General > An Interview with Emin Alper, Turkish Director of “Frenzy”: I Was Expecting A Minor Festival, But I See Fajr Is Such A Huge Event

An Interview with Emin Alper, Turkish Director of “Frenzy”: I Was Expecting A Minor Festival, But I See Fajr Is Such A Huge Event 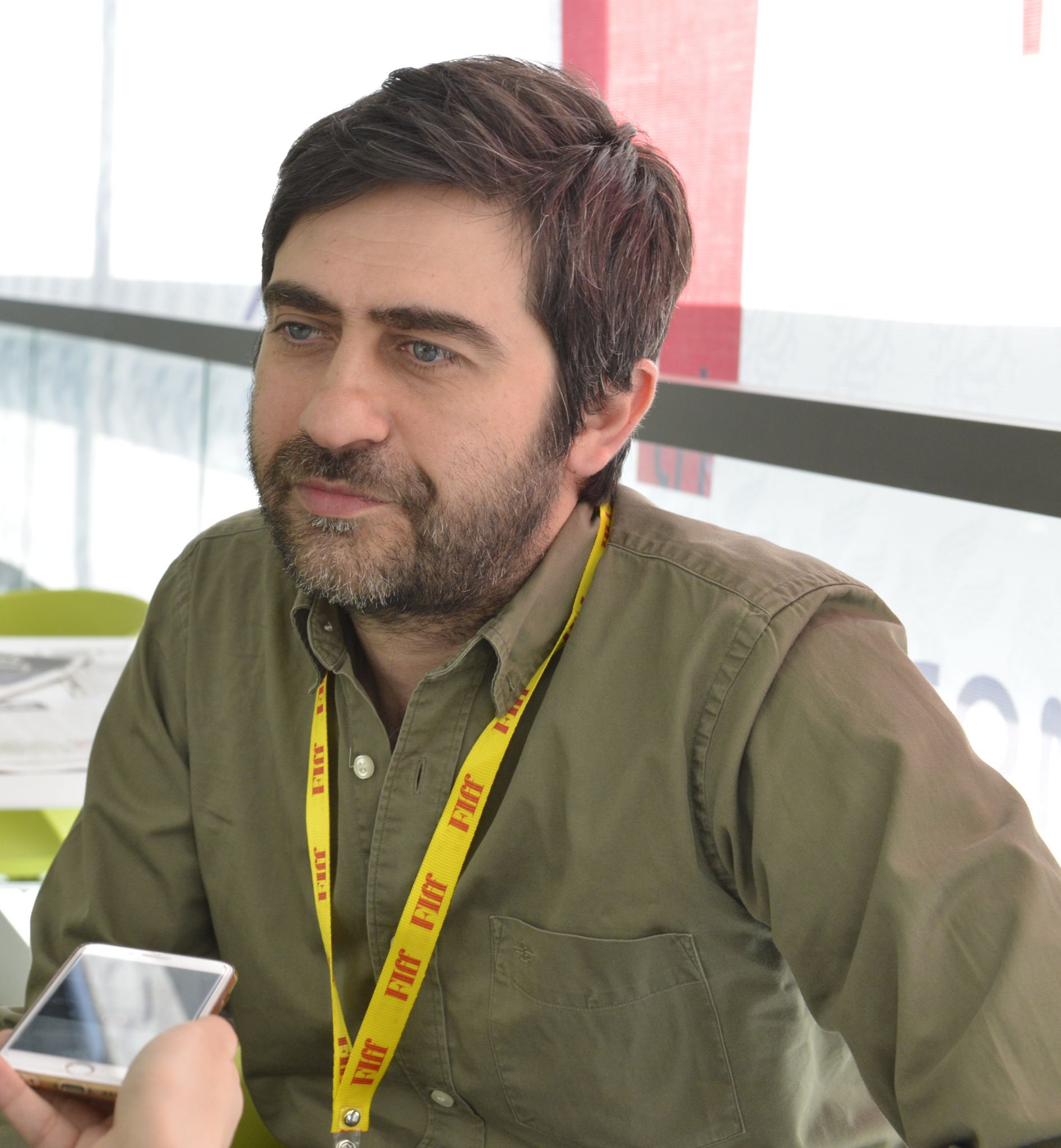 Born in 1974, Emin Alper was trained in economics and history and holds a Ph.D in Modern Turkish History. His first feature film, “Beyond the Hill” (2012), received numerous awards, including the Caligari Film Prize from the Berlin International Film Festival. “Frenzy”, Alper’s second feature film, was screened in the main competition section of the 72nd Venice International Film Festival where it won the Special Jury Prize. The public relations office of the 34th FIFF had an interview with him.

How well has you film been received here and in the world?

That’s really good that I get to see the film with the audience to see their response. In some countries like Eastern European countries and specifically Turkey, I’ve got very good responses. I’ve received some mixed responses from some countries, though. I think “Frenzy” is not a very easy film to watch. It’s a little bit difficult to consume!

This is the first time you have attended Fajr International Film Festival. Why hadn’t you taken part in this festival before?

This is the first time I have attended Fajr International Film Festival. I was invited for my first film back in 2013, but I couldn’t participate in Fajr then because the festival was held in February, then. I missed the opportunity to be in Iran, but now I’m very happy to be a part of this festival. So far, I can see that the festival is very hospitable and well-organized.

What had you heard about Fajr prior to your participation?

The atmosphere of the festival is very lively. Honestly, I wasn’t expecting that. I thought Fajr was a minor festival, but now I can see for myself, that it’s such a huge event. There are people from all around the world and on top of that, the films at the competition section are from different countries. I think it’s a great event, not only for Asian Cinema, but for Eurasian Cinema.

How do you like the venue of the festival?

It’s nice to have place allocated to cinematic events.

Where do you think Iranian Cinema stands universally?

Of course Iranian Cinema is currently a very important cinema and Iranian filmmakers have always influenced me.

Are there any Iranian filmmakers with whose works you’re particularly familiar?

I don’t know if I can count them all, but surely, Kiarostami and Farhadi are among the great ones. I’ve almost seen all their films! I’m always curious about their films and every time I expect to see something better.