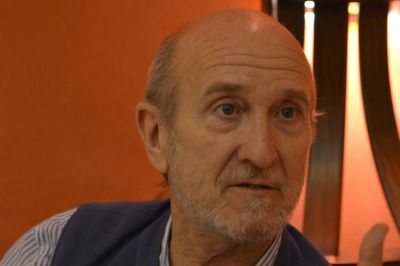 Francisco Javier Angulo Barturen calls himself originally a journalist. He used to work in the world of cinema for years as the director of a movie magazine for 12 years. Then he worked in a Spanish film festival called Malaga Film Festival and then, after six years, he started working at Valladolid Film Festival,