فارسی | English
Fajr International Film Festival > General > The Spanish Festival Director, It Was An Incredible Opportunity For Me To Watch ‘The Cow’. 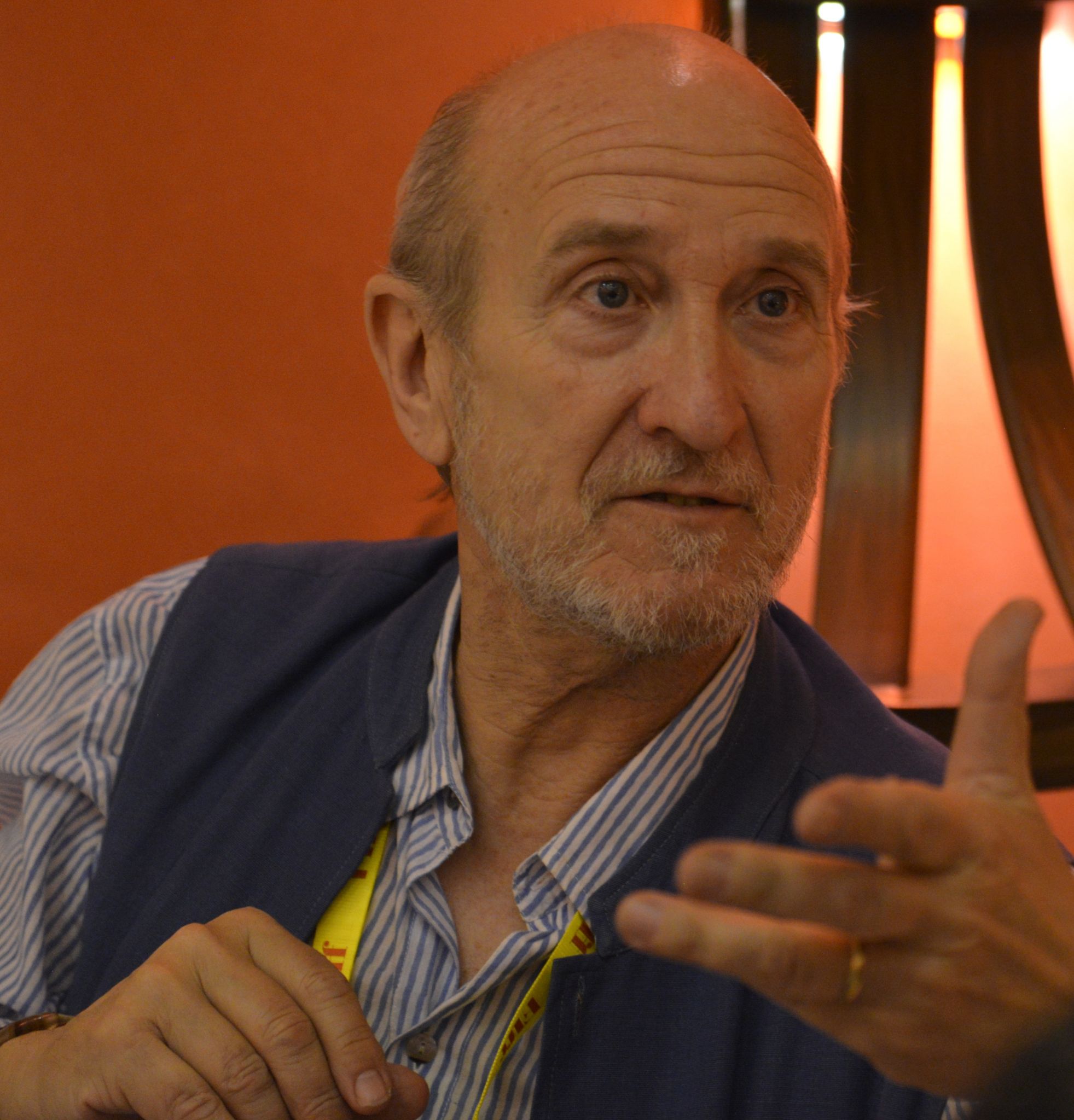 Francisco Javier Angulo Barturen calls himself originally a journalist. He used to work in the world of cinema for years as the director of a movie magazine for 12 years. Then he worked in a Spanish film festival called Malaga Film Festival and then, after six years, he started working at Valladolid Film Festival, the Second one in Spain. Their festival has 90,000 spectators in its heyday, and it’s a festival with films focusing on various socio-cultural and dramatic subjects.

Are you going to buy films at the market?

No, I sometimes met with the head of Farabi Foundation in Berlin, Cannes and he always told me to come to Iran. And we met Niki Karimi, the Iranian actress. I invited her to come to my festival as a jury member last year. She all the time said, “You must come to Tehran. Sure you will love my country”. So I came to see the Iranian cinema directly from here, because I know some film directors from Cannes and Berlin Festivals and markets. So for me, it’s a lovely opportunity to contact directly to the films and the producers and distributers here in the market. It’s a lovely idea to join the festival with the market for the opportunity to be in direct contact with the directors, distributors and different members who’re representing their festivals around the world.

What’s your opinion about the Iranian cinema?

You know, in Europe we know something about Iranian cinema. But day by day, the Iranian films are better and better. There’s promotion. And there are more and more Iranian films in Europe. So, now people in Europe are really curious to know how the things are changing in this country through the cinema. The cinema is the best window to know and to see a country. How is this country? How are the relations, how is the social life, how do people live here. What are their ambitions and dreams? For example, for me yesterday was an incredible opportunity to see the film ‘The Cow’. That film is beautiful. I think I must directly enter the personality of the Iranian cinema to know directly what you are making in a new time here in Iran.

And what do you think about the general atmosphere of the festival and the market so far?

It’s lovely, because the market is at high level, the building is new, it’s well-organized and everything looks good, and it’s the same with the festival. As a director of a festival I’m always really worried about being on time for example. If a film is to start at 9, it must start right at that time. And regarding these issues this festival is a very “serious” one. I know plenty of festivals round the world, and I can say that this is a really well-organized festival, and that’s very important for me.

What about the screenings? Do you think they are of any help?

Definitely! That’s a good opportunity to introduce the Iranian films to the world.