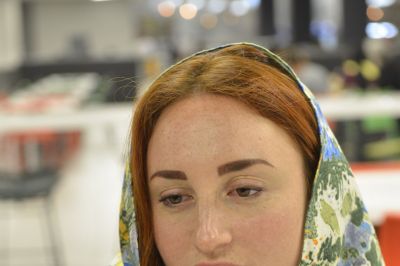 I Would Play In An Iranian Movie;Arina Postolova, Ukrainian Actress of “Song of Songs”

The interview with Arina Postolova was held in food court of Charsou Cineplex just hours before she flights back to Ukraine. She is actress of Song of Songs and the role is her first leading role in a feature film. She really enjoyed her stay in Tehran and she hopes that to come