I Would Play In An Iranian Movie;Arina Postolova, Ukrainian Actress of “Song of Songs” 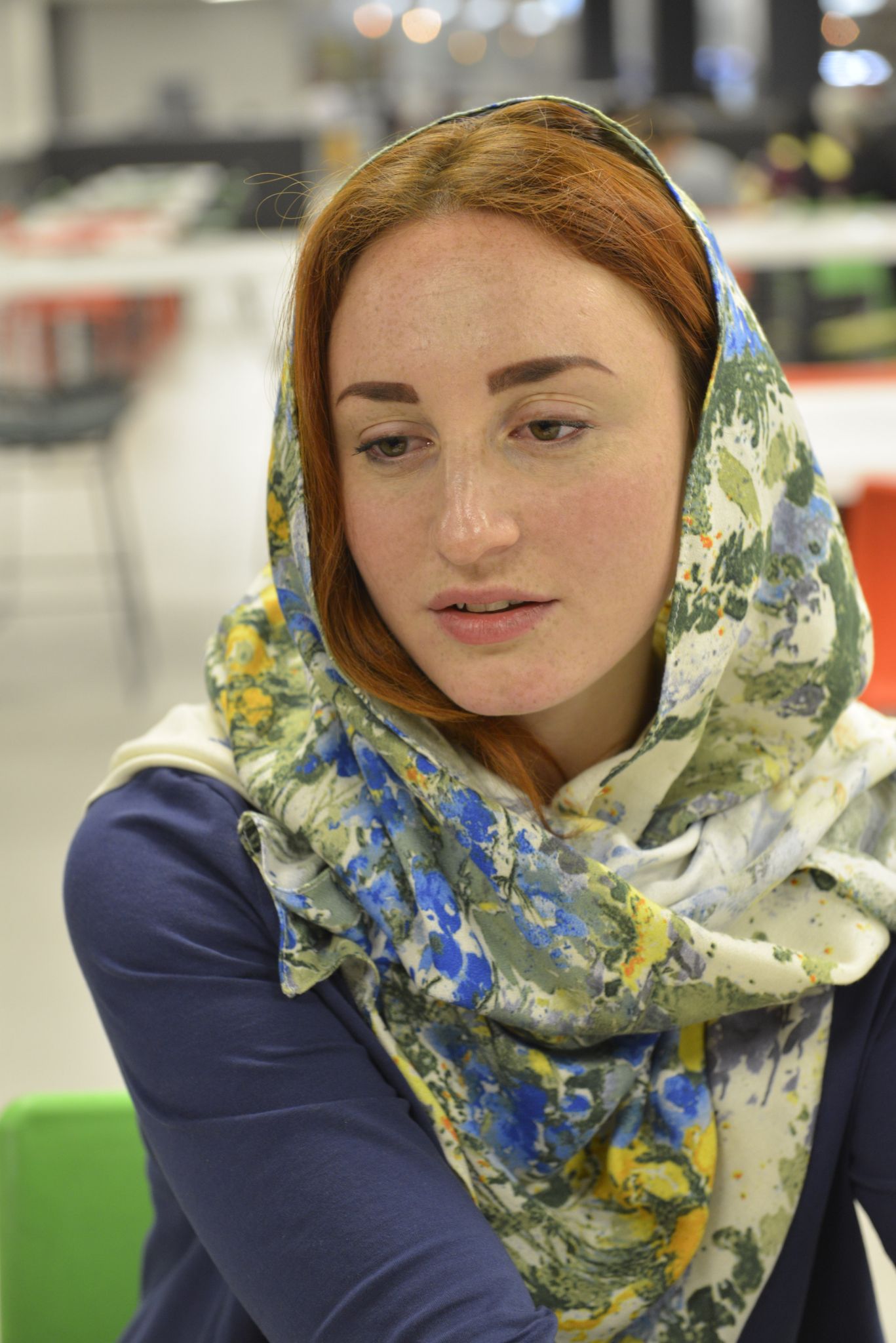 The interview with Arina Postolova was held in food court of Charsou Cineplex just hours before she flights back to Ukraine. She is actress of Song of Songs and the role is her first leading role in a feature film. She really enjoyed her stay in Tehran and she hopes that to come back to Iran again soon.

I think this film is about a first love. I mean a love between children. I would say maybe each of us has experienced that love.

So you developed a connection with your role in the movie, didn`t you?

Yes, of course. I worked so hard with the director for this movie to make everything perfect. It was rather easy for me to play in this role because the role is really like me. I should say that it is not real Arina but the girl in the film is really close to me and I do like her.

How do you evaluate audience feedbacks to your film in the world, specifically in the hall in Iran?

Most of the time, the director and the producer went to the festival so they could answer this question more effectively, but, I got really shocked by reactions of audience from different countries. Viewers all understood the story of the film and it touched them. I also got really surprised by the reaction of Iranian viewers. I never thought that Iranian audience made connection with this movie. I would think that everybody would leave the hall after five or ten minutes of the film.  Generally speaking, the film got positive feedback all around the world.

How do you see the ambience of the festival?

I think this festival is very important in Iran because you do not screen foreign movies in Iran and it is a good opportunity for Iranian people to watch foreign movies here so I hope it becomes better and bigger than this in the future. However, unfortunately, the festival is a bit unorganized and I hope that you work on it because the schedule changed a lot. This festival has much potential to become a great festival in the world.  In general, films screened here are really interesting.

This festival is held in the way that national and international sections are separate. What is your thought on it?

It is interesting. I never see such a separation in the world. I guess it is better to not separate sections as foreign guests can watch more Iranian movies.

Have you found an opportunity to walk through Tehran?

Yes, I have been in national museum and I was in Grand Bazar too. I also was really amazed with Golestan Palace too. It is really good that the festival palace is in the centre of Tehran and I do like Tehran.

Did you have any prejudice before coming here on Iran?

My imagination about Iran was really different. I was a little scared before coming to Iran because I thought Iran is really dangerous. But here is really safe and people are way friendly.

Who is your favorite actress who has influence on you?

I love Meryl Streep very much.

Let us know about your favorite directors and a role that you wish played.

I love Danish film maker, Lars Von Trier, and I wish played as Grace Margaret Mulligan in Dogville, however, I like his early movies more than the new ones. Bergman is also my favorite director too

Would you like to play in an Iranian movie?

Have you already got other offers from directors?

I already had another offer for a series but I do not like TV shows because I cannot see any original idea in them. I do not play for money so I will wait for an interesting script.