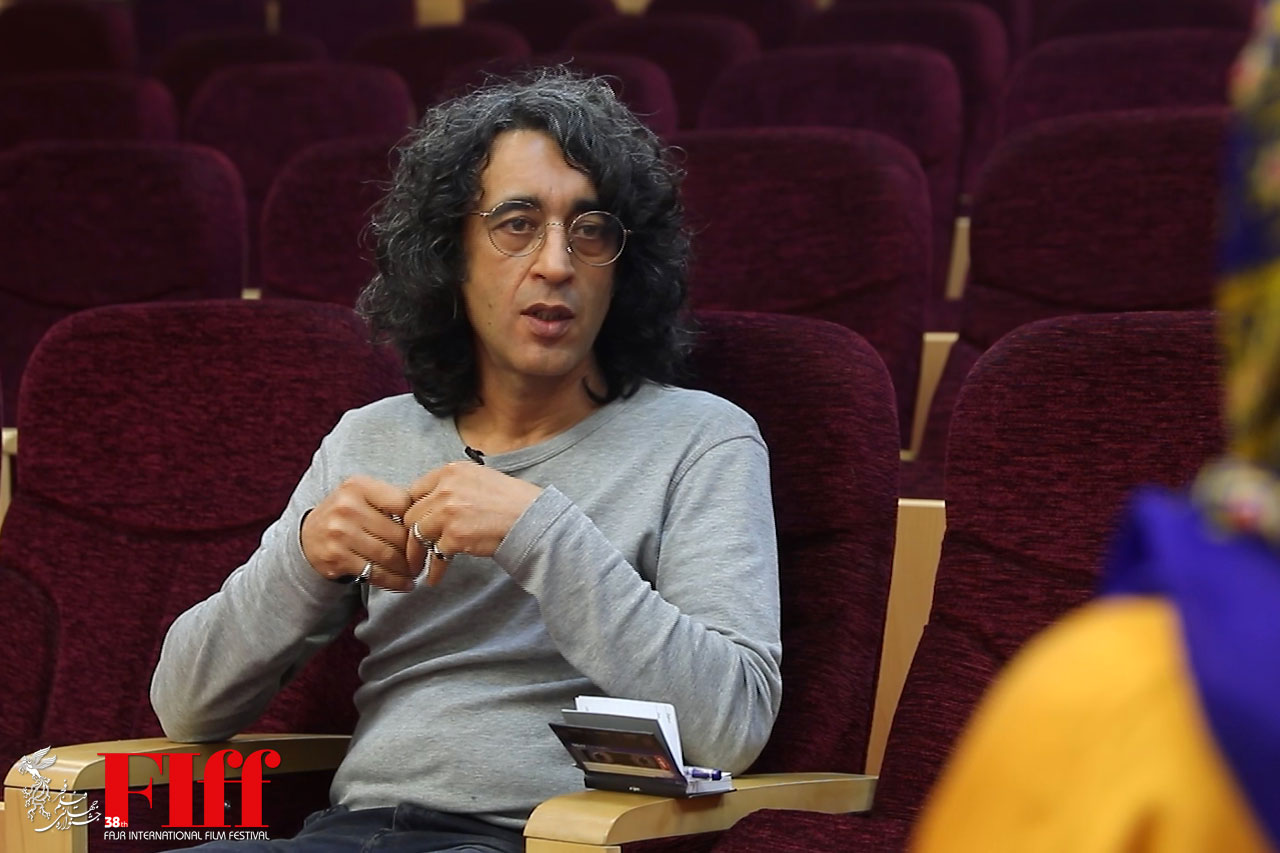 Touraj Aslani is a director of photography and film. He has been shooting more than 100 documentaries, short, animation, fiction and experimental movies, and won Best Cinematography for Bahman Ghobadi’s Rhino Season at the 2012 San Sebastian Film Festival.

On the fourth day of the 38th Fajr International Film Fetsival, film critic Sahar Asrazad talked to Aslani about his co-production experiences in cinema.

You have worked as a director of photography for many years and acquired a lot of experience. Based on this experience, please tell us the differences between independent and commercial cinema.

This is a fundamental question, why is this the case?

If we analyze cinema and its structure in Iran, we see that cinema is either independent or commercial. Independent cinema is for an audience, not just those who watch the film. Our products are offered to two groups of people. One is the audience. This cinema is called independent cinema. In this cinema, we must consider a special group, a group that is interested in hearing our words. This cinema is not customized and cannot meet market demands. Others simply want to be entertained. Their favorite cinema is commercial. They want to distance themselves from the everyday life. Cinema has a therapeutic aspect for the morale of these people. They look for fantasy and imagination. Commercial cinema meets their expectations. Commercial cinema is exactly the cinema industry. But in our country, there is no noticeable difference between the production of independent and industrial cinema. The problem in Iran is that independent and industrial film professionals do not work only in their field. This problem threatens film production. Commercial cinema requires special literacy and education. So does independent cinema. We need to know who we are inviting to work with. We have to consider their expertise. Everything must be separated.

Tell us about the Iranian film industry.

In Iran, instead of having a systemic view of commercial cinema, we focus on relationships. Instead of using experts, we use acquaintances. Teamwork should not be chaotic. Everyone has to work in their own place. The fact that we do not have a strong film industry in Iran has become a problem for us. While in terms of technology, we are not far from the world cinema. We have many literate and experienced technicians in Iran. We have talented and motivated youth. We have strong technology. We have advanced cameras and lenses. We have to see what we do not have? I don’t think we have a proper management system.

How do you explain this problem?

We do not have pre-production plans. We need to know how a filmmaker directs a screenplay to production. We do not work in principle. In our work, relationships dominate. From the moment we attract capital, we must follow the principles. It is important to know what investment we need. This level is called production management which is not done properly here. We prefer to work with someone who has the least experience and put pressure on him to do everything in the shortest time. We call this person the executive producer, while the executive producer must be experienced and dedicated.

If we divide film projects into independent and industrial, how should we adjust the budget? Should one have a smaller budget and the other a larger budget?

You also had some experience in co-productions.

Yes, Iranian cinema is known in the world. Many films that did not have the opportunity to be screened in Iran achieved success abroad. They won credibility to our cinema, like Kiarostami’s films. But unfortunately we did not use this credit properly.