Director of ‘Walking Distance’: Festivals of Such High Quality Should Be Open to Public 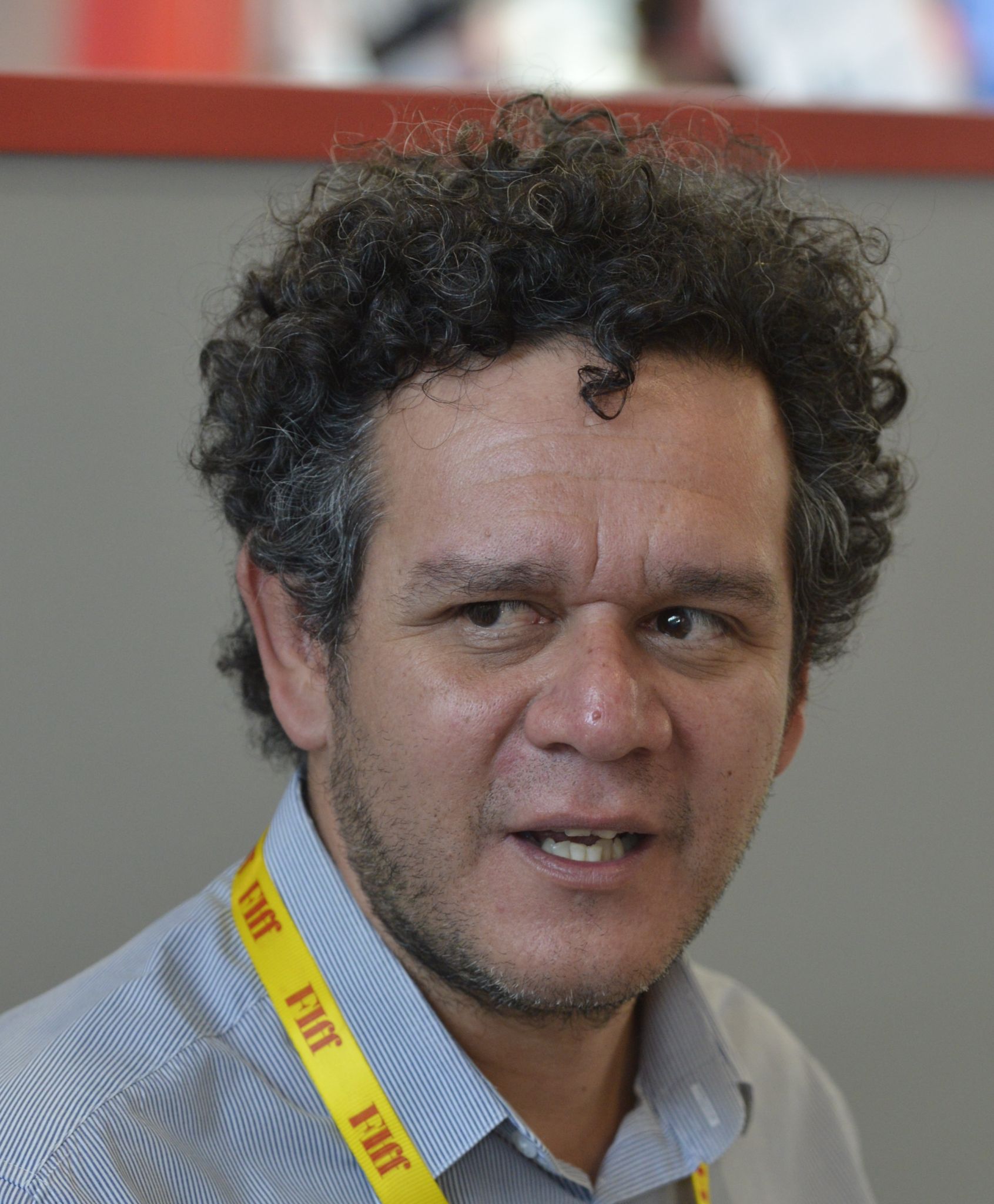 Born in 1973, in Los Mochis, Sinaloa, Alejandro Guzman Alvarez began his studies at the Centro de Capacitacion Cinematografica where he directed several short films. He directed the second unit of the feature films Pasotrela, The Crime of Cacaro Gumaro and Belzebuth. Alejandro is a professor at the School of Dramatic Literature and Theatre. ‘Walking Distance’ is an urban fairy tale about a man who weighs 200kg and lives confined to his home. Through a sequence of events, he buys a used camera which changes his life forever.

Please explain about the themes and subjects you mainly focus on in your films.

This is my first picture. It is a comedy; in fact, something between a drama and comedy. I made short films, and those short films are comedies too. So I think this is the kind of genre of movie I can do, and I’m very interested in “loneliness” and in a person who prefers being alone, like a prisoner. They’re not in a jail, but they are like prisoners in their own home, something ironic which results in comedy.

Regarding the film you are presenting here, what’s the significance of camera and photography in it?

At the beginning of this project, I was working on another script, but it did not go on well. I was like in a loop. I kept writing and writing and it took me like two years, and finally I was not happy with that. So, I was looking for another project, and I found this. I’m not the writer, you know. The writer is Itzel Lara. So, the idea of camera was all there in the script originally. Itzel wrote that script because she likes the “illness” theme. Her mother and her brother had this strange health problem that they could not move easily. So, if the mom wanted to go to the kitchen to make a cup of tea, for example, it was a lot of pain to move. So a short distance seemed a long one, and that’s where the name of the film comes from. She wanted to write about that illness, but not directly. So, she found a lot of similarities with the people who are very fat. Obesity is an illness too, and people who suffer that illness have a lot of problems to walk or move. It was very interesting when I read the script, I went, “oh, this is another story about a guy who cannot move…”, but when he discovered photography, I felt in love with it; because I found too much in common with the character. That character was in a loop, like me, because he felt very lonely, he did not want to leave his house and he was living with no hope. When he found photography, a got a new purpose to live. There’s a very special scene in the movie, when he took the camera for the first time, and the expression on his face changed. He took the first photo, the second photo, just like a child, and when I read that part, I felt very close to the character, because I felt the same when I began to be a cinematographer. I fell in love with it. The script was great. I read it and I talked with the writer and said, “I have to do it”.

Please tell us about the Mexican cinema in general.

Now, the Mexican cinema is in a good form. There are lots of movies right now. If you look, 10, 15 years ago, the Mexican cinema was very poor, because could only make 10 or 11 movies a year. Last year, however, we made116 movies, and we are so lucky about that, but we have a problem and that is, we have a very bad distribution. We’ve got a lot of authors, a lot of movies, but only a few can go to the theatre; so it’s the distribution problem. We’re fighting for that. We’re making new movies right now, but the problem is with the distribution. Therefore, the only window we have is the festivals. The people in the world can see our movies, but in Mexico it’s difficult and that’s a huge problem.

And to what extent are you familiar with the Iranian cinema and directors?

I don’t remember the exact names, but I like the director of ‘The White Balloon’, I like ‘The Seperation’ very much. Well, these are the Iranian films which were screened in Mexico. I also liked Kiarostami’s ‘Taste of Cherry’ and ‘Ten’ and I think he’s a very good director.

As you know, in this edition there are some film screenings and some films are being premiered at the film market. What do you think about that?

It’s very good. But I think it’s not open to the public, there are limited numbers of people in the theatres and that’s a shame. All the people should be able to come in and see the movies. This is a very good opportunity, a very good window to the people in Tehran to see movies from the world as well as the Iranian ones. The capacity of the halls is one hundred, two hundred people, but they’re not full. They can have a lot of people see and enjoy the films.

What do you think about the general atmosphere of the festival and the market?

I think it’s a point of reunion. There are a lot of people from around the world. And the building is so beautiful. There are two, three floors just for the festival. The only point is they have to open the doors for the public. Except that, I feel like home. It’s my first trip to Iran, but I’ve found a lot of things in common with my country.

Among the films which are being screened have you watched any?

Yes, I saw two films in the International Competition Section. One is from Spain, called AMAMA and one from Iceland, called Rams.

Is the quality of the films good?

It’s very high. They have done a very good job selecting the rooms. There is much diversity. If you are a cinephile you have to stay here and see all the films which are being screened. People have to have the chance to see good films such as Rams, which has been presented at other well-known international festivals.