The FIFF International Guests Sightseeing: A Walk around Old Tehran 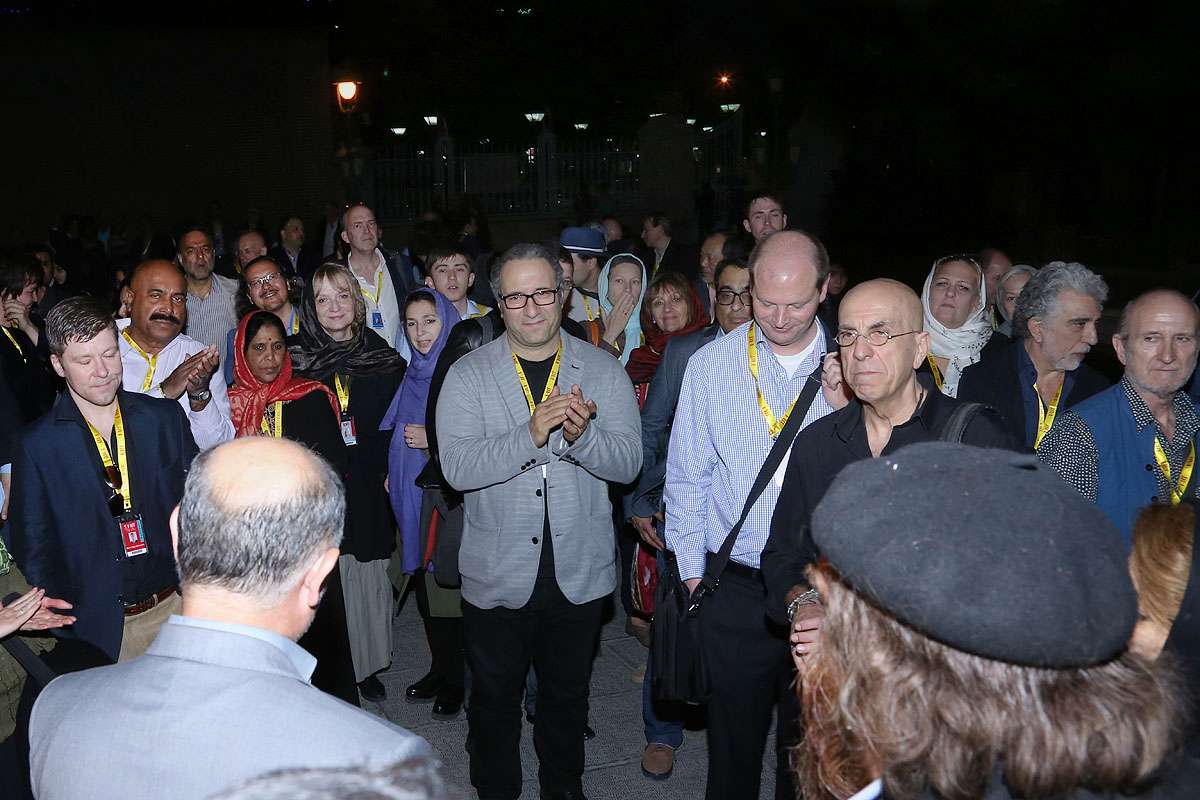 The international guests of the 34th Fajr International Film Festival visited the old Darolfonoon School and the Golestan Palace on Friday the 23rd of April.

According to the public relations office of the festival, the international guests along with the students of the talent campus Darolfonoon visited the old Darolfonoon School in the evening of Friday 23rd of April. After visiting different parts of the school, the Iranian Historian, Ahmad Mohit Tabatabai referred to the history of the place and said, “This school is reminiscent of a significant part of Iran’s history”.

“Those studying here were from the royal family. Amir Kabir ordered Me’mar Bashi, an architect graduated from a European university and the one who built the Golestan Palace, to build it based on the British architecture,” Tabatabai continued.

“In this school, there were not only physics and chemistry laboratories and different workshops, but also a photo-room and a hall. In fact here was the place where the Iranian photography and, later, cinema were born,” he added.

“When the Persian Constitutional Revolution happened, it had a direct reflection on the Darolfonoon School. From that time on, people from all social classes were able to enter the school, and that was the golden age of Darolfonoon. All the historic figures of the years 1906 to 1926 studied at this school,” he stated.

Tabatabai also talked about the changes the school had throughout years and said, “The renovation of the building started some years ago and apparently it is going to be a museum”.

After the screening of an old short film about the school, Reza Kianian made a speech, welcoming the guests and expressing gratitude to the head of the School who kindly made it possible for the guests to visit the place.

Then, Reza Mirkarimi went on the stage. He expressed his happiness to be in a historic place and said, “Our presence here is a symbolic one. In this edition, we have added a section to the festival, the talent campus, which is known as “Darolfonoon. Young filmmakers and cinema student are invited to this section from the neighboring countries and the Middle Eastern ones and there are workshops being held form them”.

“We have designed a social network for these students to stay in contact and share their experiences. We can also have educational programs for them throughout the year,” he pointed out.

“The Iranian cinema is powerful and one of the best in the region and we have the responsibility to help the neighboring countries to improve their cinema,” Mirkarimi stated.

Finishing their visit to the old school, the guests walked to the Golestan Palace and Mohit Tabatabai gave explanations about the palace too. On their way, Mr Ayoubi, the Head of Iran Cinematic Organization joined them and accompanied them to the palace.

The guests were then invited to have supper at the court yard with Ayoubi and Amir Esfandiari making speeches.