فارسی | English
Fajr International Film Festival > General > An Interview with the Italian Journalist, Angela Prudenzi, on the 19th IFM: ‘Fish and Cat’ is the type of Iranian cinema that I like

An Interview with the Italian Journalist, Angela Prudenzi, on the 19th IFM: ‘Fish and Cat’ is the type of Iranian cinema that I like 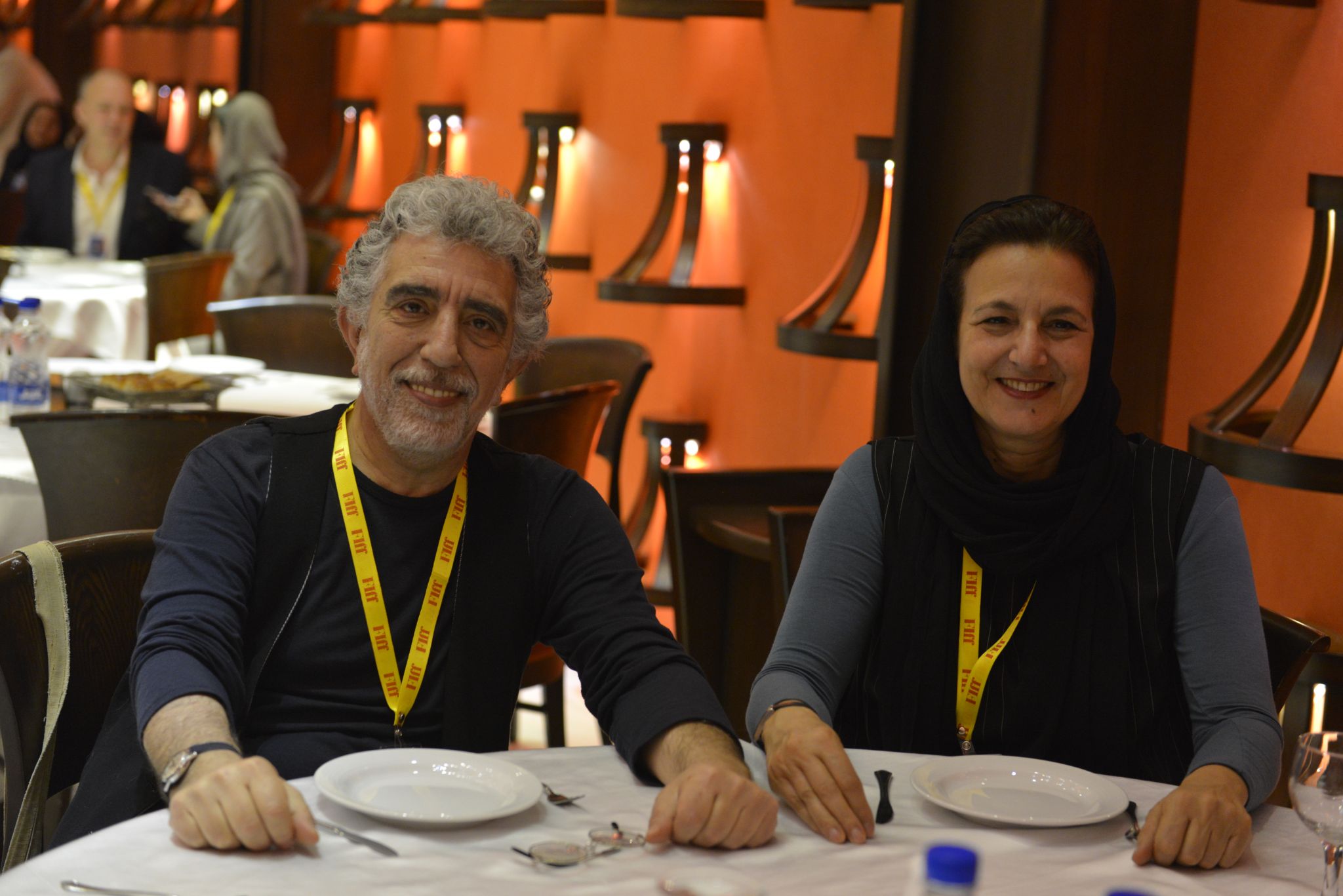 Angela Prudenzi is an Italian journalist. She has worked at different film festivals in Italy. For the time being she works at Venice Film Festival and is a member of the selection committee.

Can you tell us about the general atmosphere of the festival and the market particularly?

It’s my first time here in Tehran and yesterday I saw the festival palace for the first time, but my impression was great, because I think that the festival is well-organized and I think that it’s a good occasion to discover Iranian movies and to see foreign movies if we missed them.

What about the venue of the festival which is located in the center of the city? Do you think it’s a good idea for it to be held there or you prefer a quieter place?

Well, the city is big, maybe too big. And for foreign people, I think, it’s perfect to have only a place to see films, to visit the market, etc., but I think that a metropolitan festival could have other places to show films. I live in Roma, and if there is a festival in Rome, a new festival, not as important as this festival, we have many places to see films. I think it’s important to show films everywhere.

And about the screenings, it’s the first time that some films are premiered in the film market. Do you think it works?

Absolutely yes, because for me, I’m looking for Iranian movies and creating a chance to see films for the first time is absolutely great, because if a film is not new in Venice, we cannot show it, so it’s important.

And to what extent are you familiar with our cinema and which directors particularly do you know?

I like Iranian films very much. I’ve spent whole my life in festivals, working in festivals, and worked for a feature film festival that was the first festival in Italy that showed Iranian cinema. And I have a particular relationship with the Iranian cinema. Of course I like Kiarostami, who is a great director, an Iranian director, but an international one as well. And I like Farhadi. Two or three years ago, I was impressed by a new director. I don’t remember his name, but his film was ‘Fish and Cat’. That’s the Iranian cinema that I like, because it’s innovative. It’s from aesthetics and from thematic point of view.

What about the potentials you see in the Iranian cinema to be international?

So you believe that now the world knows this cinema?