فارسی | English
Fajr International Film Festival > General > An interview with Jonathan Shen, the chairman of Shinework Media I am in Tehran for the first co-production project between Iran and China with Jet Lee performance

An interview with Jonathan Shen, the chairman of Shinework Media I am in Tehran for the first co-production project between Iran and China with Jet Lee performance 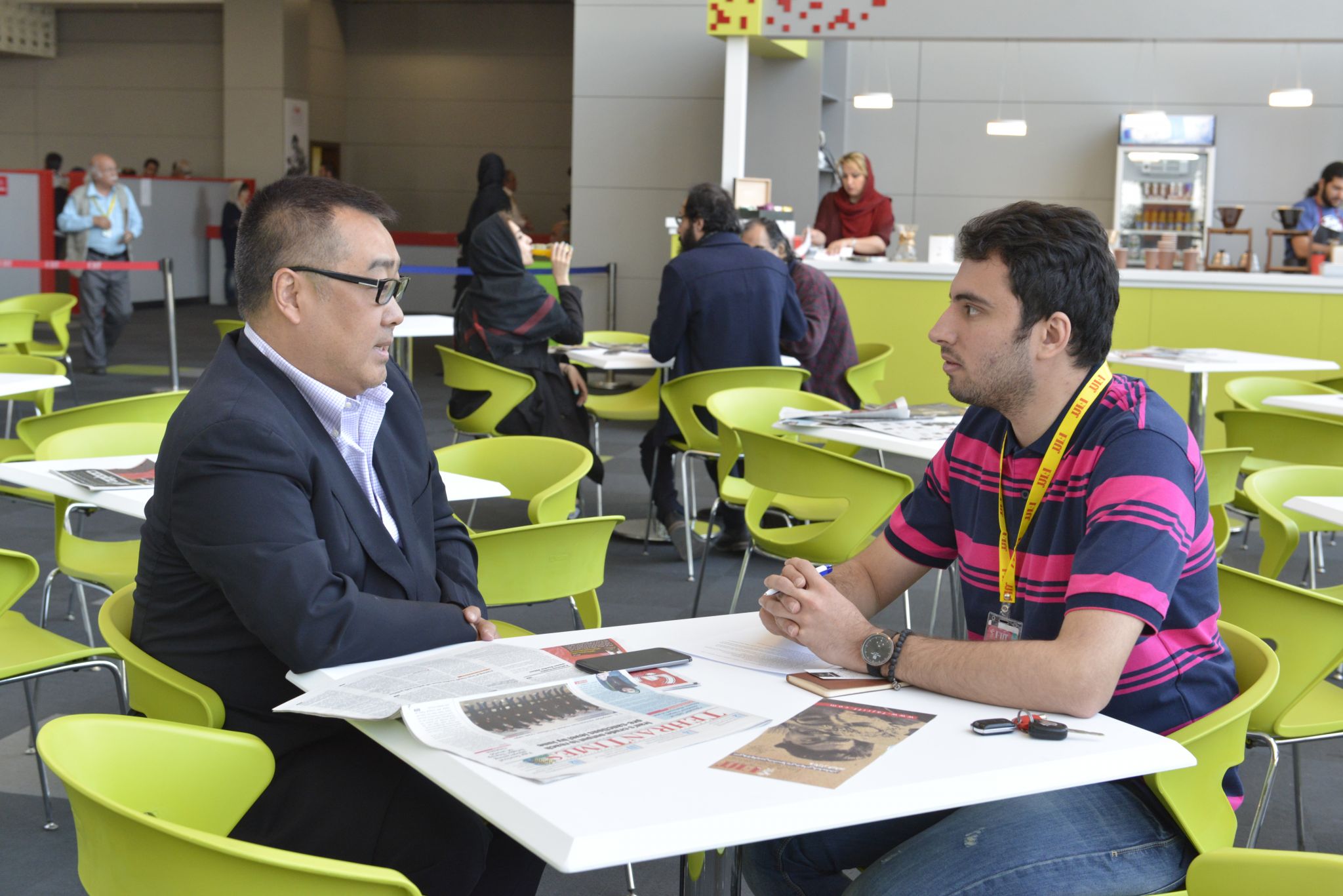 Which movies have you seen in the 34th edition of Fajr International Film Festival by now?

Unfortunately I have not seen any films by now.

How do you see the festival ambiance?

It is wonderful. This year is very crowded. Film makers feel at home and Tehran is very beautiful

You have been in Iran before and attended this festival too, is it right?

Yes, it is my third time in Iran. I came to Iran two years ago to attend Fajr Film Festival. In addition, A few years ago, I came to Iran with a group to make a film for a Chinese festival

This year for the second time, the festival organizers decided to hold the 34th edition of Fajr International Film Festival in the heart of Tehran. How do you think about it?

It is a smart idea. Guests can become familiar with historic places easier and also it is more convenient to go anywhere you want from the heart of Tehran. It is a great opportunity for guests to know Tehran better.

Two years ago, when you attended the festival, it was a bit different. This year the international section is held separately. How do you find it?

I believe that it is another smart idea by the organizers because we can focus more specifically on marketing. Anywhere, I look I can see relevant people. It is wonderful. I hope the organizers keep carrying out the festival in this current way.

Apparently, you are working on a specific project at the moment and it is the main reason that you are in Iran. Please give some details about the project?

Yes, of course. I am here for a co-production project. I established Shinework Pictures. We focus on International co-productions so now the project I am working on it is called “the way to Shaolin”. It is supposed to be the first co-production project between Iran and China. It tells a story about a young Iranian guy who comes to China to look for Shaolin Template. This story is based on a true story. I hope that it would be a starting point for co-production between Iranian cinema and Chinese cinema. We are going to release the film in both Iran and China. We already got support of Cinema Government of Iran. Mr Ayoubi came to China upon our invitation and visited Shaolin Template. Moreover, China Government has supported the project. I have to add up something, the film genre is action and comedy.

Who would be the director of this movie?

We have not announced that yet because we are still negotiating so we will announce more information later. However, I share a little surprise with you. Hopefully, Jet Lee will participate in this movie.

It is self-evident that you know Iranian cinema very well. Who is your favorite Iranian director?

My favorite director is Majid Majidi. I have been very familiar with his films since long time ago. I was working in China Movie Channel as a producer and I created a program called The World Film Report. In the program, we began to introduce Iranian cinema since 2000. Through the last 15 years, we kept introducing Iranian cinema in China. Therefore, we know many excellent Iranian directors but Majid Majidi is really popular in China because of one of his films Range Khoda. We love this film. After watching the film, we invited him to China to shoot a film for Olympic Games 2008 and we spent much time with Majid. Another director that I would like to mention him is Abbas Kiarostami. He is in a master level and cinema all around the world is proud of him so we hope he will make a big film in China.

There are some cultural concerns in Iranian cinema and as far as I know there are the same in China as well. What is your thought about it?

It does not matter at all and it could not have negative influence on art. We respect the diversity and we tolerate it. The most important thing is that what kind of message a direct want to spread through the world.

Thanks for your time. Enjoy the rest of the festival.