An interview with the Malaysian Filmmaker, Panchacharam Anchacharam: Iranian Filmmakers Look at Movies In a Totally Different Way 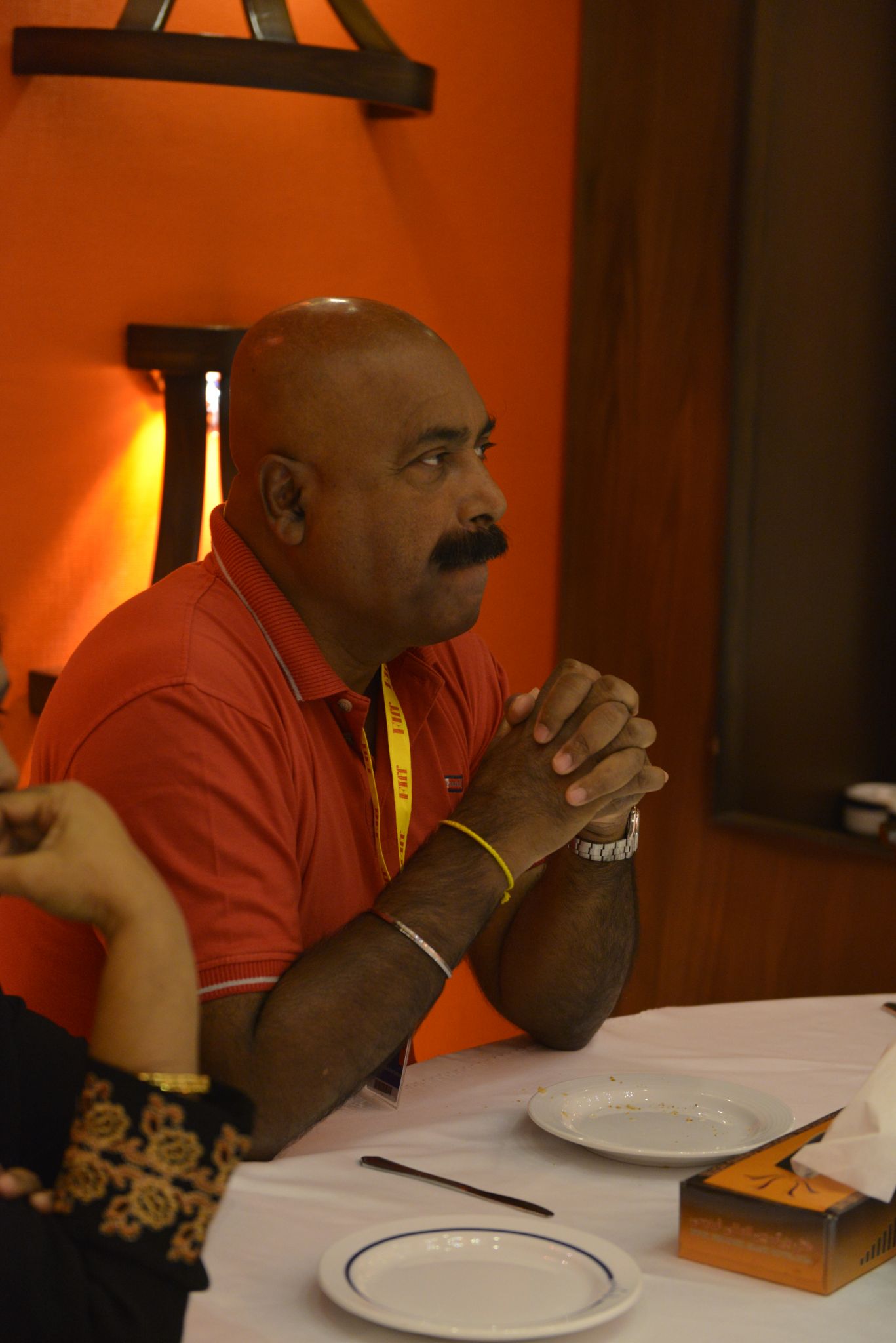 Panchacharam Anchacharam is a film producer, director and actor from Kuala Lumpur, Malaysia. He’s been active in the realm of cinema for almost 40 years and has always been invited to various festivals for the last 10 years.

What background do you have with the Iranian cinema and particularly this festival?

Well, I’ve been close to Iranians for some time. I’ve been watching Iranian movies and we really appreciate Iranian films, they are totally different and we pick up a couple of movies for our festival and that’s the main purpose of this trip.

What do think about the themes and subjects the Iranian filmmakers focus on?

The themes of the Iranian cinema are out of the box. They are totally different, focusing on human problems, which is quite different from the other countries where they go for commercial films. The way the Iranian filmmakers and producers look at movies is totally different. That is why they are great.

Well, Malaysia is totally a different country. The population is a mixture of Malays, the Chinese, Indians and others. So we have all kinds of movies there, and the Chinese prefer Chinese movies, the Indians like Indian movies, the locals their own movies, and generally they prefer more of commercial movies, but they do appreciate Iranian movies as well. But in cinemas no one has any kind of Iranian movies, which I intend to find and see how people are going to receive those Iranian movies.

There are some screenings at the film market. What do you think about that?

That’s a great idea. It is better that a buyer can watch movies in the market itself. It is an advantage which is not normally done. Normally, in the market, they just show you the trailers. In this way you can just get to see the movies, decide better whether it’s worth watching or just to walk out.

What do you think about the potentials of the Iranian cinema to become international?

I think the potential is really great, because the world is now looking at Iran as well as the Iranian movies and it’s been the focus of media. Iran is now being recognized as a filmmaking industry.

I’ve not reached a level that I can identify the directors. Maybe a year from now I will identify them well.