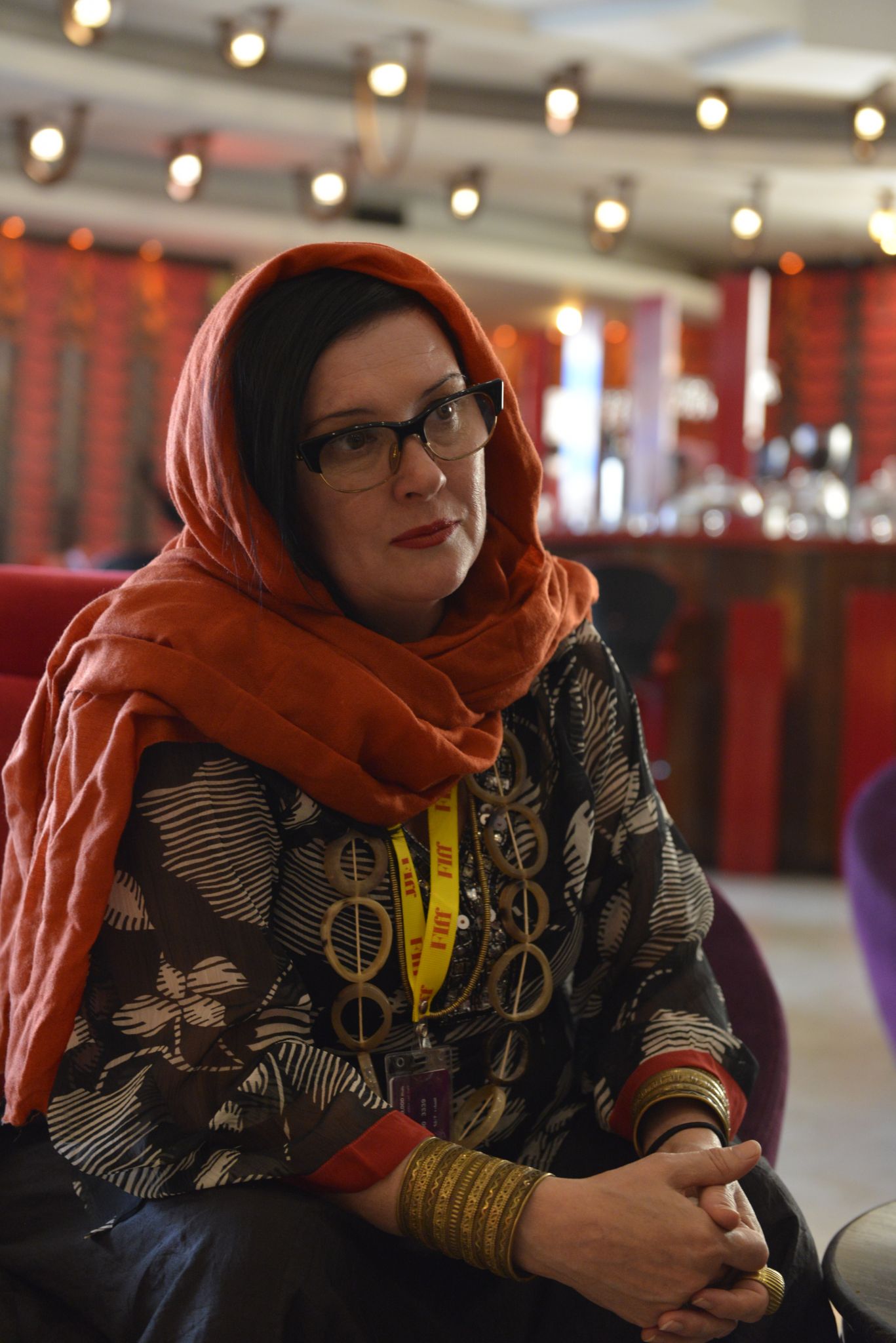 According to the Public Relations Office of the 34th Fajr international film festival, Maxine Williamson in an interview described about her third experience in FIFF.

This is not your first time here in Iran; describe your feeling about attending in FIFF for several times.

So, since you have been here many times, tell me what you think about FIFF.

I really like it that it is in the center of town, I like the changes they have made in terms of the venue and it is very convenient having the market and screening halls in the same place. The jury looks great, also the competition section. So I am very happy to be here.

Well, I try to be as familiar with Iranian cinema as I can. I watch a lot of Iranian films and it has been twenty years that I have been following it. I like your dramas, I think Iranian cinema is very good at humanistic dramas and I am very big fan of your great masters, very keen to see Asghar Farhadi’s film, very interested to know if it finally will be in competition in Cannes or not, and also I’m very excited by the emerging talents of your cinema. So it is always exciting to see films from Iran. It is a unique cinema.

What do you think about the organization of the festival?

All I can say is that I had a great time so far. Your hospitality is always exceptional. It is also fascinating to be near museums and taking walking tours around. I think that any guest that comes here, get an opportunity to embrace Persian culture and that is very important. I think it is very important, because when they get here they have the chance to understand Persian culture and that very good.

How do you see FIFF comparing to other film festivals?

To be honest with you, I have say that anyone in the film festival business has experienced good festivals and mediocre festivals and bad ones. A lot of times it comes down to the festival hospitality, organization and of course film selection. I see that there are many international guests here and I am curious to see how this new phase of festival will go.

Regarding remarkable population of Iranians in your country, Do you think that the film market of FIFF can be a way for making opportunity for co-production between Iran and Australia?

I think to make co-productions first the two countries have to have treaties and Australians and Iranian don’t have any treaties in film co-productions. I hope this happens because I have seen that Iranians love Australia and there are lots of Iranians who live in Australia. You know whenever I set up a program of Iranian films in Australia; I see a large population of Iranian diaspora who attend it because they are really thirsty to know what is happening in their home. So it is a pleasure for me to have this film programs in my festival and see all this Iranian faces in the audience. I think we had some Australian-Iranian co-production before and hope we can see more of that. This market is a good place to show people the potentials of Iranian cinema.