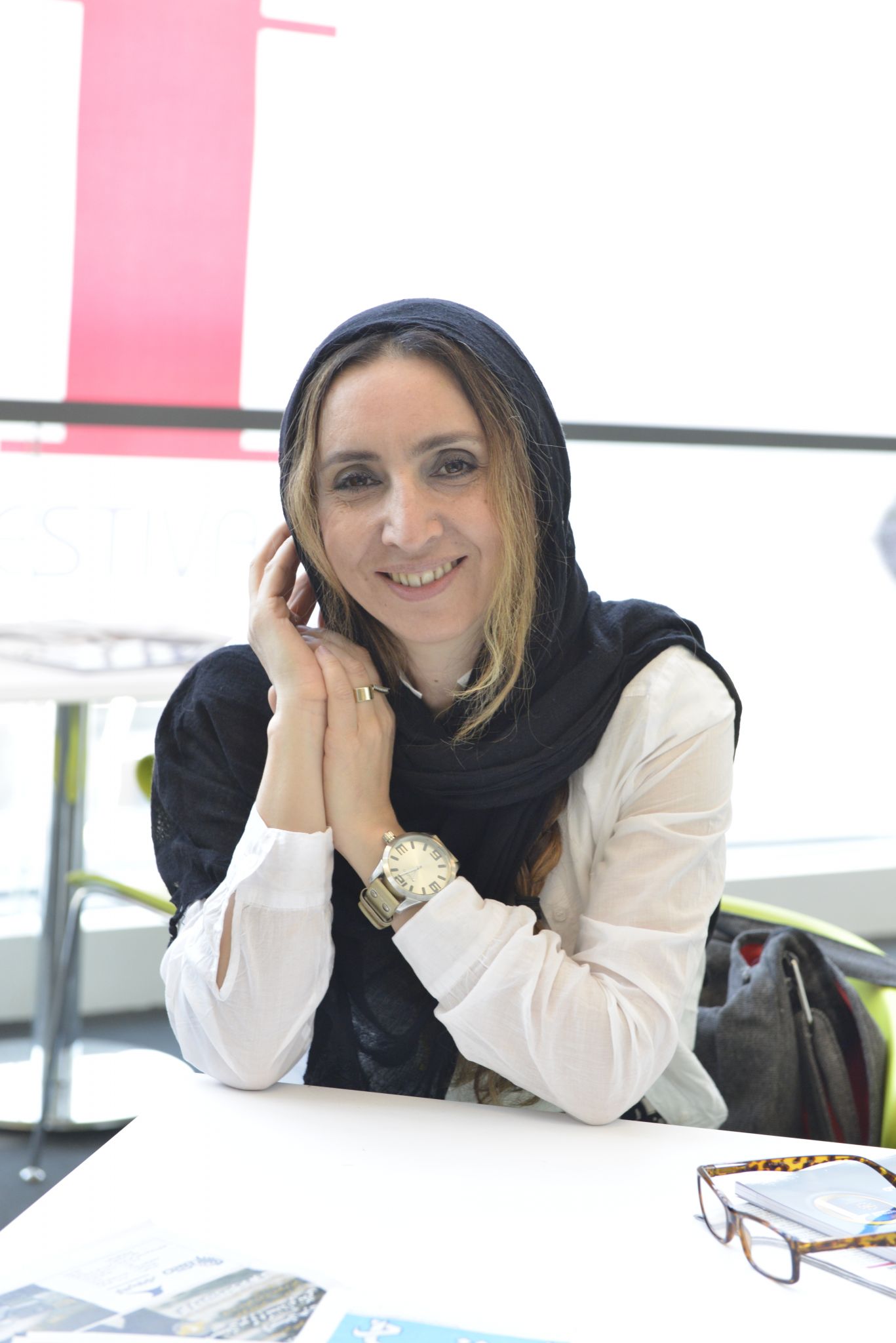 Semra Guzel Korver, one of the many guests who has been invited to Iran Film Market of the 34th Fajr International Film Festival. Semra is documentary director and producer from Istanbul, Turkey who had taken her chances to find some valuable feature films in IFM and the possibilities of collaboration.

Would you please let us know the purpose of your presence at the 34th Fajr International Film Festival?

Well, I’m here as a guest to follow the festival and Iran Film market. Actually I’m here to evaluate the situation of the market and finding out which Iranian movie is interesting to be screening at the documentary section of International Bosphorus Film Festival, which will be held at Istanbul.

So you are just working for Bosphorous film festival or you are also as an independent buyer?

Normally I’m a producer and a documentary director, but as I said I’m also working for the Bosphorous film festival documentary department and also for the Turkish television.
What were you thinking before coming out here and what are you planning to achieve by the end of this festival?

As a normal person, I would like to watch a lot of Iranian films with different subjects and styles, and also I’m here to watch films from different parts of Asia. I know a lot about western side movies, but what I don’t know about are the movies which are coming from the east side of the globe, so I look forward to become more familiar to this kind of movies.

Are you familiar with the Iranian movies?

Yes, we have a lot of film festivals in Turkey and in cities like Istanbul, Antalya and Anatolia and every year lots of Iranian films are coming to our festivals. Iranian movies also are being shown and screened at Turkish television and cinema theaters. So I would say, yes I am familiar with the Iranian cinema.

This is the second year that the international section is being separated from the national one. What is your idea about that? Do you think that can be considered as an improvement?

I prefer it combined and together like it used to be, because at the same time I specially want to watch Iranian movies.

But they are going to show some Iranian movies at this section.

Yeah, I know. Even though they are selective but in fact it’s good that there are some Iranian films to be screened.

This is the first time that this FIFF is being held at the center of the Tehran. How do you feel about that?

I think this is a better idea. You can go around easily, walking on the street and see how it is going on daily life, and as a documentary director I’m eager to know about the city life. I want to experience the things that are going on among people and find out about the events that is happening in the heat of the society.

There are so many things which are mutual between the Iranian and the Turkish culture. Have you seen any Iranian or Turkish movies which can suite that description?

I love Majid Majidi and I’ve seen those kind of things in his films. Besides him, you can see that in a lot of Iranian films, because we are from the same geography and the same atmosphere. When I meet Iranian people in my country, they don’t even look stranger to me, so there are lots of similarities between us.