Interview with Vahid Mustafayev, Representative of ANS TV and Radio Station in Azerbaijan Iranian Cinema Has Its Own Philosophy 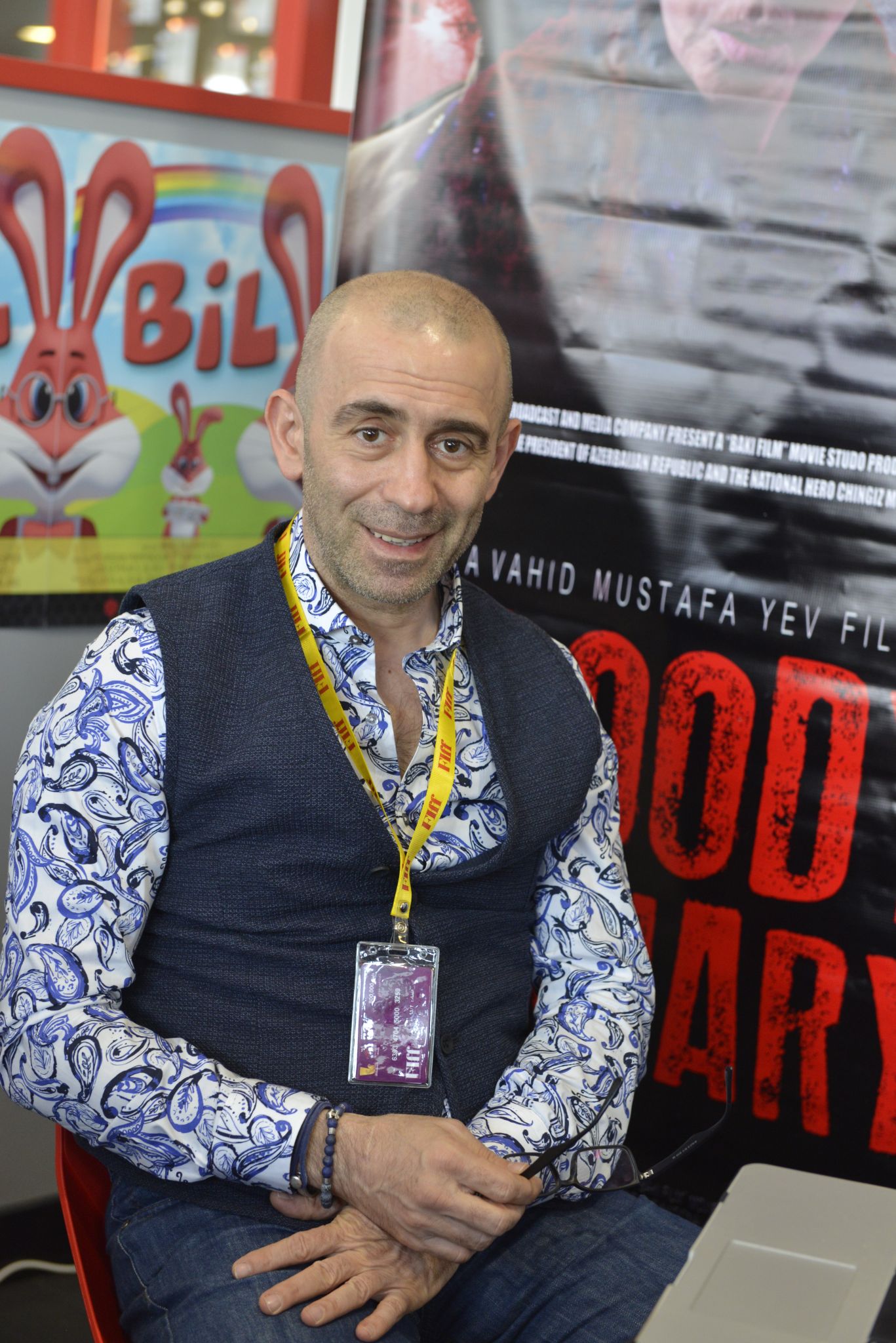 Vahid Mustafayev the representative of ANS TV and radio station of Azerbaijan, Baku Film and Balance Group declared his point of view about Iranian cinema and the necessity of cooperation between Iran and Azerbaijan in cinema productions.

According to the Public Relations Office of the 34th Fajr International Film Festival, Azerbaijani filmmaker, Vahid Mustafayev in an interview highlighted his opinions about Iranian cinema and defined his general approach bout filmmaking as a Muslim and Asian filmmaker.

This is not your first time here in Iran, What is interesting about FIFF that brings you here?

I have been here for several times, I have participated in the Film Market and the festival itself. This time I have found many differences. For example the political situation of the Islamic world unfortunately is very bad because it is mostly shown by terrorism and terrorist organizations. I am a Muslim and I represent a Muslim country. But this festival once again tries to show the whole world the higher level of culture of an Islamic country like Iran, the higher level of creativity, and higher level of tolerance of Muslim people in Iran and this is a very important message that Fajr sends it to the whole world. these kinds of events are necessary to show the real face of Islam. Therefore I think this Fajr is organized very well. I am impressed by organization, safety and hospitality of the festival and I am honored to be here.”

How much Azerbaijani audiences are familiar with Iranian Cinema?

I can say all Azerbaijani audiences know about Iranian cinema. They are familiar with your artists, your directors, and your films. Actually we are neighbors, and we are close neighbors, our cultures are the same and once we were one country. Our culture and our religion are very close.

How can the both countries increase cooperation and coproduction?

Thank you for asking this. I believe that this is the proper time for doing this. Actually, we participated here for several times and every time we bring our culture here, and as you see Azerbaijani film industry is experiencing its renascence now and we are coming back to the market and this is a good time to work with Iranian products to make joint ventures, to show our potential and creativities again to demonstrate our culture, tolerance, multiculturalism to the world. I really think it is the time to work together.

You are working with numerous Iranian crews in your works. What feedback have you received from this multiculturalist approach?

Actually, shooting my film, I have many Iranians in my team. My editors, cameraman, script supervisor all are Iranians. Some speak Azeri and some speak Farsi, but it doesn’t matter to find a common film language, all people are crazy about the movie and therefore we are together and make a team. I think our side is also ready to work with Iranians. For example to demonstrate Iranian films in European countries and Iranian directors can easily come to Azerbaijan since you know Azerbaijan is more European than Asian. Also there are many possibilities to make films together and as I said the main goal is to show the world that what a Muslim country is and show the very deep cultural background of our countries.

Is there any specific characteristic in Iranian cinema that is interesting for you and your people in Azerbaijan?

Can you compare FIFF to other international film festivals?

My last film which is now participated in Fajr was also screened in Montreal and Sao Paolo and Goa, India and many European countries. Frankly speaking, here the level of festival is not less than other international festivals. Some organizations even are much better. There are many advantages for participants here. For example the market is very good, there are many facilities to show our products and all are free of charge. The information technologies, website and information about films are very well-organized. As I insisted previously, it is important that we show that we are not terrorists and we have deep cultures.