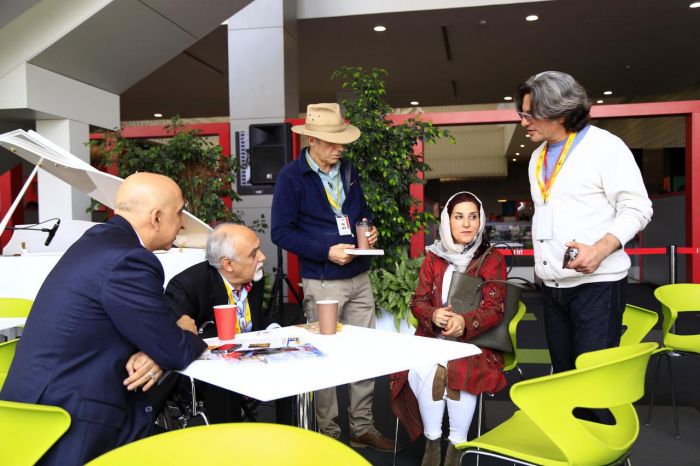 The actress of “Blue Scarf” is of the opinion that Fajr International Film Festival needs to respects its audience’s understanding.

Visiting the palace, in an interview with the public relations office, Motamed Arya said: “holding an international festival is an exceptional event in the history of Iran’s cinema. The most important thing I want to mention is that it is because of this festival that respect and dignity has come back to Iran’s cinema. After an era of success where our cinema was at its pinnacle of fame, we had a gap. This gap now has been filled with the respect and discipline which is present in this year’s festival. It can be seen in the way the tickets are sold, the movies are screened, the respect which is shown to the audience and directors”.

The actress of “Gilaneh”: “I am really delighted that the festival respects the cinema family. Only one person is taking all the responsibilities of this festival. I have found something in this year’s festival which I have been looking for many years. This year’s festival made me closer to cinema and now I am rethinking the way I regarded Iran’s cinema”.

Speaking of the photo exhibition of the movie “Cow” which is curated by Seifollah Samadian, Motamed Arya stated that: “this is an exhibition which must have happened 30 years ago, but we are having it only now. What Mr. Samadian did, with his sensitivity in choosing every single frame from the film and making pictures with such quality, is something which does not happen often around the world”.

She concluded that “culture and understand are the main components of any international festival”. Speaking about the Talent Campus, she stated that “in most festivals, especially the short ones, there are only one or two workshops. But here, according to Maziar Miri, the workshops began in the morning and every day at 9 PM, there is an unexpected guest who comes and talks with the students. Organizing such things are quite difficult, but people have shown that it is still manageable and we can do it”.