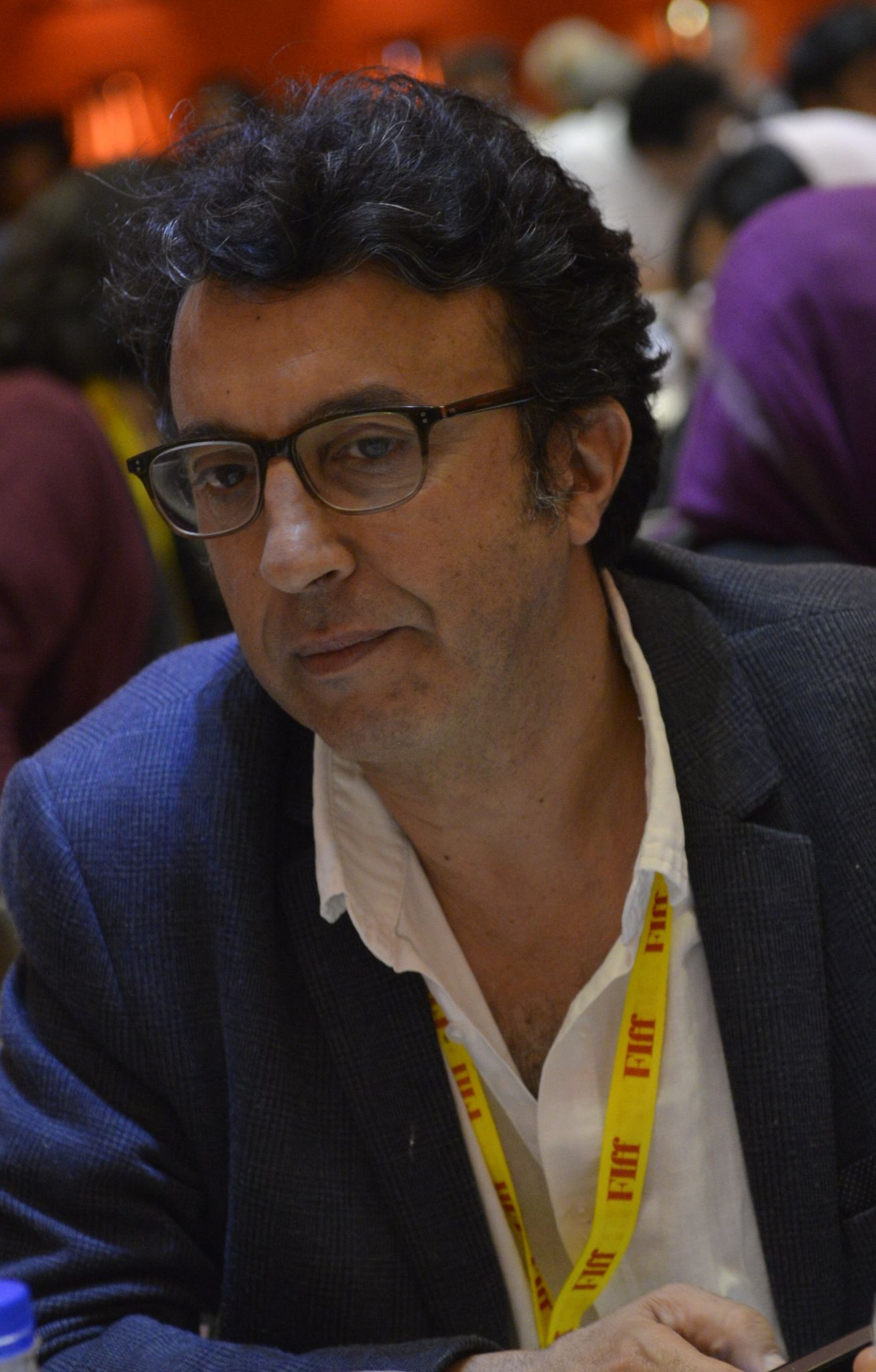 The French-Moroccan film director who has won many awards himself (including the Kodak Prize at the 1993 Cannes Film Festival) is now experiencing his second time in Tehran, this time as a jury member of the Panorama of Films from Asian and Islamic Countries (Eastern Vista).

I’ve seen lots of different qualities and some of them are very good. The movies we have seen are from different countries. Now we have watched all the movies and we are going to decide which one would be the best. I discovered the cinema of many countries, especially Kazakhstan. I found the cinema of Kazakhstan very wonderful and it was new for me.

Are you familiar with the culture of Asian cinema, especially the countries which you are going to judge their movies?

It’s the first time that I have ever watched a Kazak movie. It is like a discovery to me. For me it was very interesting, because with this picture, I learned a lot about the Kazaks, about their people and the cinema of Kazakhstan which was very new for me.

Have you ever been a jury member of a festival which it has an Iranian movie on its competition playlist?

Yes, one month ago I was a jury member in a festival in Morocco, my country of origin, four Iranian movies got screened and prized during that festival. One of them that I really loved was a story about an Afghan immigrant. But unfortunately I cannot recall its name.

I think you are talking about A Few Cubic Meters of Love directed by Jamshid Mahmoudi.

Yes, that is right. I really loved that movie. It was like a slap into my face, by cinema which was reminding me of its existence.

You have been to other festivals within this region prior to Fajr International film festival, how can you compare them with this festival?

Well, this one is more serious. Other festivals like Dubai or Abu Dhabi film festivals are like business events which they are just trying to show off with it. FIFF is like a European kind of festival to me which is really professional. As a jury member, you will express your thought even if you haven’t liked the movie. But there, that might not happen.

Have you seen any specific Iranian films in the selection of Eastern Vista that you can name us?

I’ve seen a very strong documentary named A157 directed by Behrouz Nuranipour, and it was really touching

Can you tell us if some Iranian movies are going to win the competition?

Maybe. I don’t know. We have to discuss about it with the other jury members and we have to decide which one is going to win.

There was a movie from Iraq, The Martyr, which we had an interesting interview with his director yesterday, how was that film?

I didn’t find it very good.

Even if we consider the fact that there is no cinema industry in Iraq and the war is going on there right now?

You are right, but when we start to watch a movie, we don’t consider the circumstances and obstacles a directors are dealing with, when they are making their film. This movie is interesting for what’s happening in the story. But generally I didn’t like it.

What is your idea about the films that are presented at market of this year festival?

They are fine, especially the Iranian animation which I watch and really liked it.

So you said most of the movies you have seen so far are from the Asia. How is the quality of Asian films in a comparison to the world cinema?

I believe Asian cinema can also be divided. Asian cinema is different from the Middle East cinema. Asian cinema started to producing movies since a very long time ago, but for the Middle East it’s kind of just starting. Maybe ten years later Middle East is going to reach to that level. So they are very different. The difference is that, in the Middle East, cinema has a lot of explanation when they are telling the story. They want to show everything, why it is happening, and all sort of that unwanted details. All this happens because they want to be understood by the audiences, they somehow don’t trust the audience’s perception on the story. So they give us so much information. The Martyr can be an example of what I am implying. When you make a movie with too much explanation and details, you go far from cinema, because the language of the cinema is image, and image can convey any massage you want to show in your film.

What is your general idea about the Iranian cinema?

I love it. You know, when I made my movies, people tell me: “oh, it’s like an Iranian movie” Everybody says it’s like something Iranians have made. You know, I didn’t go to any cinema school and when I stared to make movies I haven’t seen any Iranian movies.

When you watched Abbas Kiarostami’s movies for the first time, how did you feel about that?

You know, I was thinking that I can understand this movie like I made it myself.

You usually use armature actors in your movies just like Kiarostami, but in Free Men, your last movie, you casted Taher Rahim as the leading role.

As you know it is a contemporary historical film based on true events. Therefor I had my limitations to choose the actors. I mean I had to make the film in a way that people could watch it and believe it. I even used the help of two French historians to put everything in the right position in my story. so that’s why I casted Taher Rahim for the movie.

Is there any Iranian films that you are interested in and not had the chance to see it so far?

Yes, I look forward to see Muhammad: The Messenger of God directed by Majid Majidi. I have heard so much good things about that, and based on what I heard, it’s a dream for me to make a movie like that.