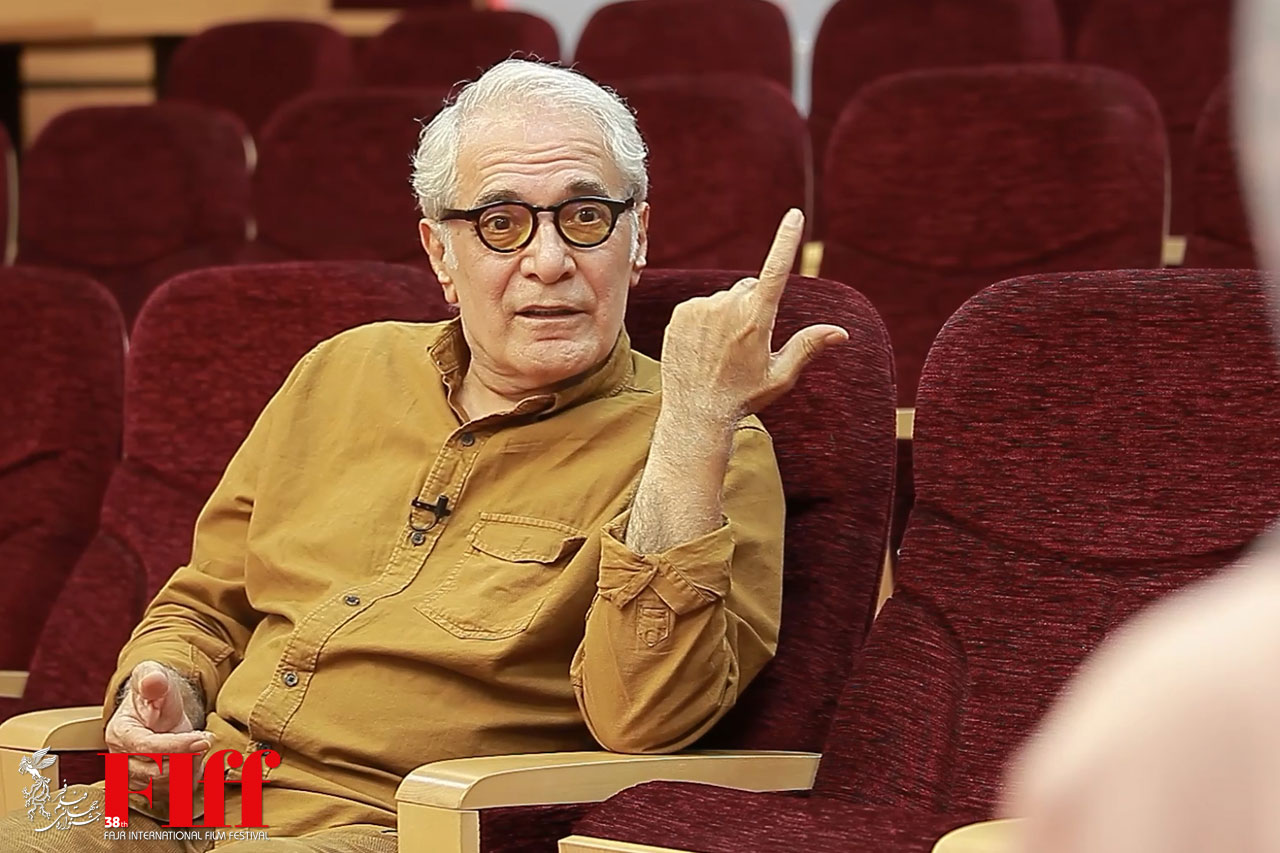 Mahmoud Kalari is an Iranian cinematographer who has worked with a number of renowned Iranian directors such as Abbas Kiarostami, Jafar Panahi, Asghar Farhadi and Mohsen Makhmalbaf. Kalari was selected as a Jury Panelist for Poland Film Festival in 1999 and 2000. In 2001, Nant Festival in Paris held a tribute to his work as a photographer and exhibited his photographs.

Kalari’s work on the critically acclaimed and Oscar-winner film A Separation (2011) earned him a Silver Frog from Plus Camerimage International Film Festival of the Art of Cinematography in 2011. On the fifth day of 38th FIFF, film critic Sahar Asrazad talked to Kalari about his experiences in the Iranian film industry.

You have worked in various fields and as a cinematographer in different genres in Iran and abroad. In your opinion, what is the difference between the films that are present in world famous festivals or the films that have been very successful in Iran with other films?

If we wanted to categorize Iranian films, we could refer to those that were shown worldwide in the early years of the 1979 Islamic Revolution. Because of the political and social events that took place in Iran at the time, the world was very interested to see what kind of society Iran was. Before the revolution, few films from Iran were shown in the world. Nobody knew much about Iranian cinema. After the revolution, new borders and rules were added to Iranian cinema, which was attractive to foreign audiences. These borders added a new, simple, sincere, deep and poetic way of expression to Iranian cinema. This new cinema won global praise and recognition.

Do you think restrictions were the reasons why Iranian cinema became appealing globally?

They became interested in Iranian cinema. Everyone wanted to know more, which was created within new restrictions and frameworks. In this cinema, innovative ways were created to show many things, such as love. In general, special attention is paid to films that have a simple story form and are made outside the borders of Hollywood cinema. Iranian cinema after the revolution had this feature. In fact, our cinema had to distance itself as much as possible from Hollywood. In Iranian cinema, the experimental nature was stronger than the professional one. The cinema found its way after two decades but because of the rules there were no star power. For example, magazines could not publish the photos of stars on the cover page. This trend prevented many directors from using stars. Ordinary people were chosen for acting, such as those in Kiarostami’s movies. Also, many tools were limited. Groups were also small. We had to go through these conditions. But foreigners saw this as a unique way of making films.

Why is the sale of Iranian films abroad insignificant, despite the attention paid to such films?

I think good efforts were made. On the other hand, we inadvertently became very popular in the world. World festivals loved our films. We made exactly the movies that the world was looking for. Big movies were not popular. Our cinema inadvertently took on an artistic aspect and soon became global. But unfortunately we could not conquer the global market. They spend a lot of money abroad for this. They publish advertisements in famous magazines, use billboards and organize events. Iranian cinema cannot afford these costs. We cannot promote our films globally.

What about attending international festivals?

Many Iranian filmmakers are making a big mistake. They are moving forward with the goal of making their films shine in foreign festivals. In this case, a filmmaker does not have to face his real self. And in general, in my opinion, the global pull of Iranian cinema has been magnificent. Many festivals try to show a few films, to the extent that if there was no Iranian film, it would seem they did not have enough credibility.

Why some films don’t make it big in international festivals despite having a big budget?

Certainly, the technical, executive and content limitations that Iranian films faced forced them find creative ways to tell a story. If there is a good idea and enough energy behind a movie, that movie will succeed. Ideas and energy are complementary. If a film crosses geographical borders, it will become popular. When the French see Where Is the Friend’s House, they like it. These things might be ordinary in Iran, but they are pretty much fascinating abroad.