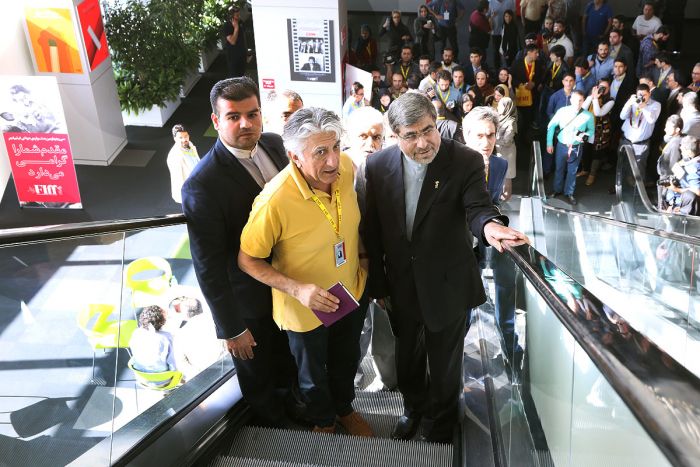 According to the Public Relations Office of the 34th Fajr International Film Festival, Minister of Culture and Islamic Guidance took a tour in 34th FIFF’s palace, on Saturday, April 23, 2016.

In this visit Dr. Hojattolah Ayoubi, President of Cinema Organization and Alireza Tabesh, General Manager of Farabi Cinema Foundation were also present. During this visit Jannati addressed reporters and said, “Fajr International Film Festival was on its first step last year and this year regarding its films, national and international guests and cineastes we are seeing its growth. This is good for Iranian cinema and we hope that we can start cooperating with other muslim countries in cinema products.”

During this visit, Dr. Jannati, Dr. Ayubi and Hojatol Islam Doaei also met director of the festival and some jury members. Today, Mohammad Heidari, director of national Fajr Festival was also one the guests of the palace and met Mirkarimi.