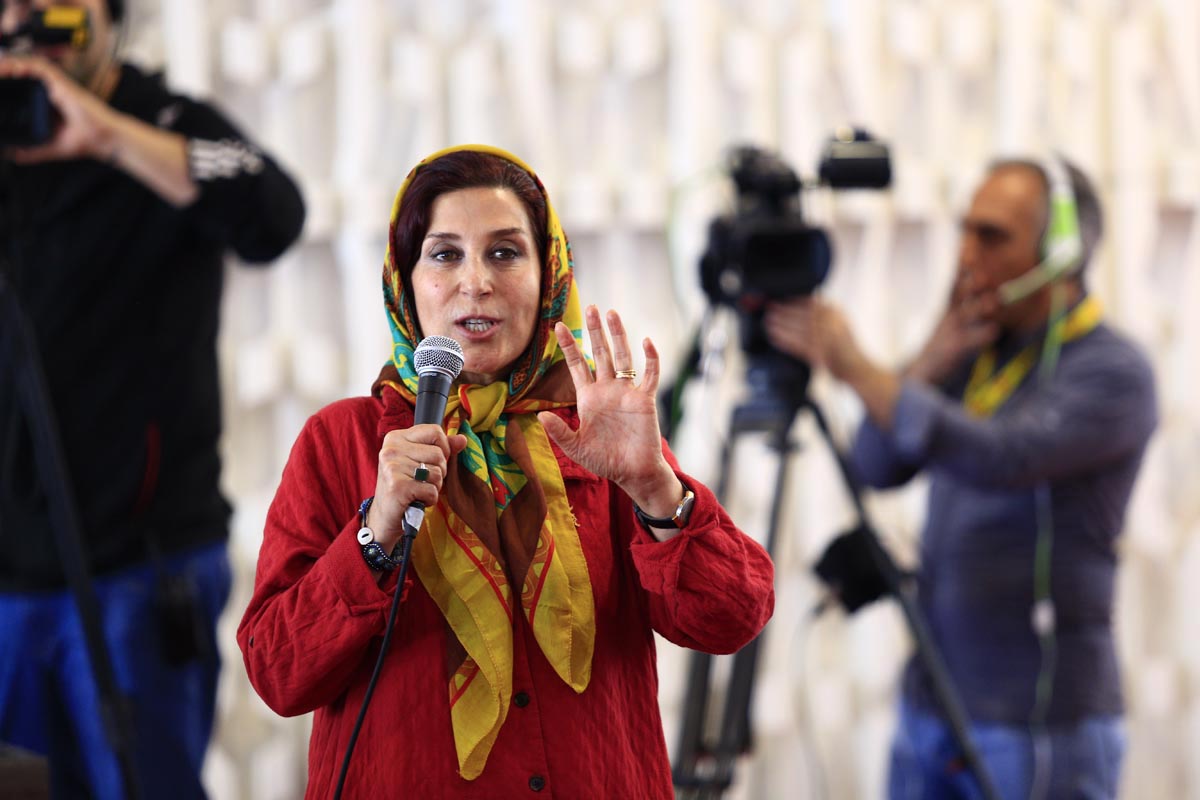 According to the Public Relations Office of the 34th Fajr Internatonal Film Festival, Motamedaria in her workshop said, “I don’t cry easily but you made me cry by this film.” This was her reaction in the last program of Darolfonoun. She was impressed by a documentary by Azerbaijanis brothers Behnam and Bahman Arg.

On Sunday, April 25, 2016 Fateme Motamedaria came to the festival palace and gave a different atmosphere to it. Motamedaria held her workshop differently and ask the attendees to set their chairs roundly.

She also watched a documentary that was about a fan of Motamedaria and said, “my tears are beause of my love to cinema. Today I want to appreciate what happened in our international cinema. This is something that happens rarely in the world.”

In her workshop, she had a different atmosphere. She practiced true breathing in her workshop and said, “these are not just for acting but anyone who wants to live healthy should practice this.”