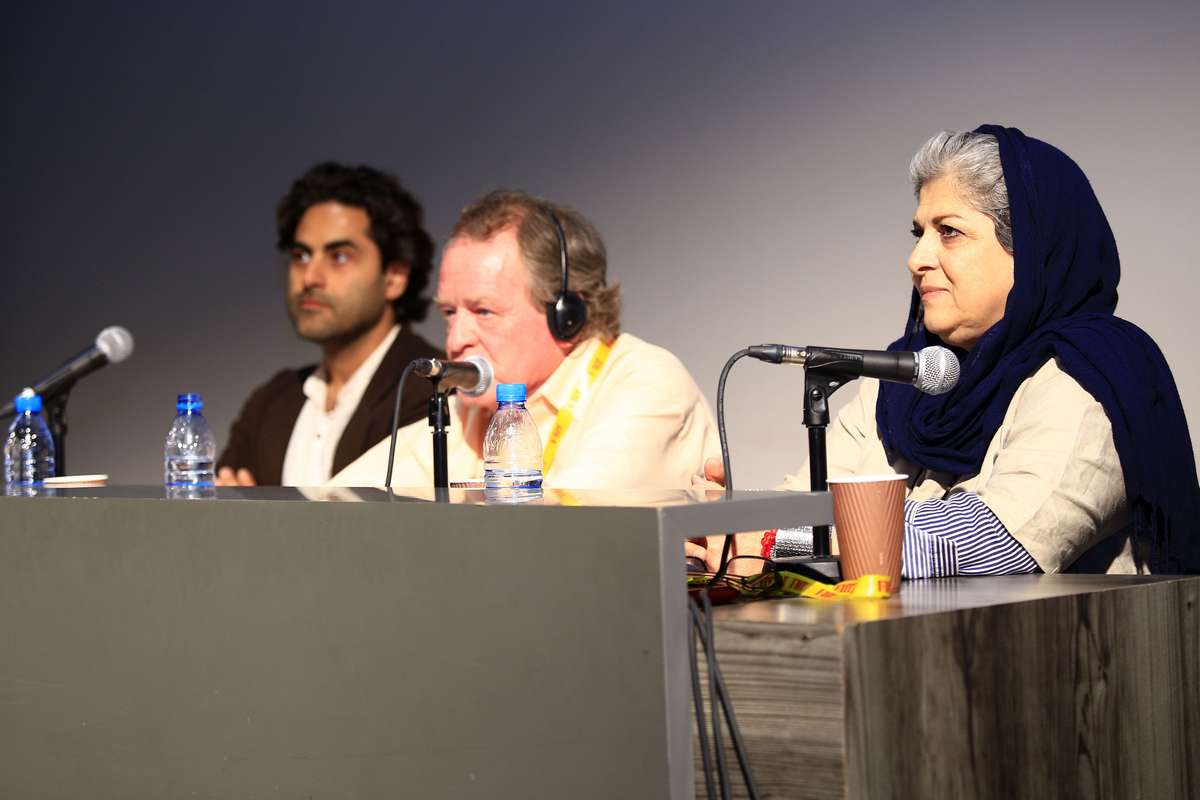 As reported by the public relations office of the 34th FIFF, at the beginning of the session, Fereshteh Taerpour stressed that co-production was a gripping experience and said, “Co-production is a thrilling experience for directors and producers. The majority of filmmakers assume that they can succeed in co-producing; however, co-productions do not necessarily result in a successful experience. We should bear in mind that a co-production needs to consider the audiences of both countries involved in its production in order to receive more proper recognition.”

She continued, “Professional film producers should work on joint-productions. We ought to primarily have a proper definition for co-productions and consider a particular system to work on them.” She also expressed hope that, other countries become interested in coming to Iran to produce joint projects with our country.

Following Taerpour’s remarks, Marc Baschet emphasized the necessity of focusing on talent finding in order to produce more joint projects. He expressed, “When determined to make a co-production, it is of absolute necessity to analyze local issues before examining international subjects. We need to consider those themes which appeal to the majority of people and pay close attention to the script and stay faithful to the writer’s message.”

Replying to a question about appropriate subjects for co-productions, Marc Baschet said, “There aren’t any good or bad subjects for co-productions. You should keep in mind that we don’t aim at producing commercial, Hollywood or Bollywood-like films. On the contrary, we fix on making films with a lot of layers. Employing both simple and complicated subjects alongside each other results in a good film. A good talent and a professional director need to work side by side in order to achieve such a goal, though.”

Congratulating Asghar Farhadi on his film being added to the Cannes Festival lineup, Marc Baschet maintained, “Iranian films are so good, they get to be seen in many foreign countries. I can name about 10 Iranian directors who are among the major filmmakers in world cinema.”

He added, “Under the right circumstances, I would definitely produce a film for Iranian Cinema. Iranian culture deserves more joint projects. Iran is a rich country and I think a co-production with Iran will be a successful experience. The world awaits to see more talents arising from your country. Your film producers need to discover these talents.”