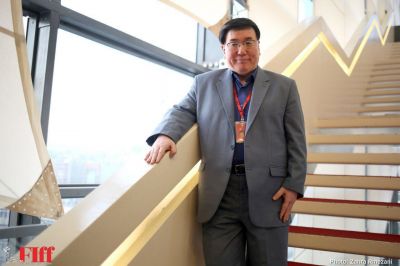 Takefumi Tsutsui is the director of Hotel New Moon, a co-production of Iran and Japan which competed in Eastern Vista section of the 37th Fajr International Film Festival.

Head of Japan Cinematic Organization talked about the filmmaking styles of four great Japanese directors. According to the public relations office of the 34th FIFF, Head of Japan Cinematic Organization, Takefumi Tsutsui, was Darolfonoun’s last guest on the fourth day of the festival. This Japanese cineaste’s workshop was held on Saturday, April 23rd at