Vahid Esfandiari on the 19th IFM: This Edition’s Market Held with a Different Approach 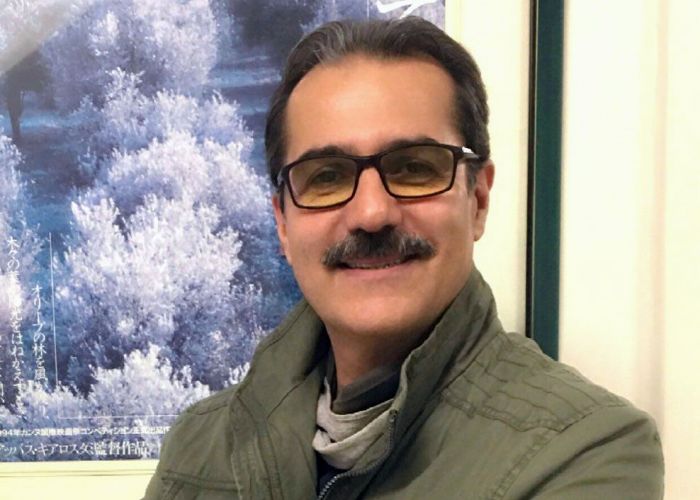 The Sales and Acquisitions Executive at the 19th IFM emphasized that a different approach has been taken to the organization of the film market in this edition.

In an interview with the public relations office of the 34th Fajr International Film Festival, Vahid Esfandiari, the Sales and Acquisitions Executive at the 19th International Film Market said, “The main goal of the IFM is marketing for Iranian films and cultural and commercial interaction with other countries, particularly those in the region as well as preparing the ground for negotiations on cultural cooperation and coproduction. It also provides an opportunity for the sellers, video media, IRIB and institutions to select good films for screening or for national festivals”.

Regarding the difference between this edition and the previous ones, he pointed out, “Basically, organizing a market and events like that cannot be technically different form edition to edition unless we take a different approach to it. In fact a film market has its own mechanism and set of rules which should be followed. There are always calls for attendance sent to different festivals, buyers and sellers and those who are interested will participate, but the way it is managed can cause some differences”.

“Mirkarimi tries to have a long-time plan and do his responsibilities the best. Therefore, he has used a professional team to manage the market in this edition. The responsibilities are delegated in a way that everyone is responsible for a particular part so that they can do their duties well, he continued.

“More attention is paid to the region and the number of the sellers is limited so that the more significant companies can attend. In fact, in this edition, quality is more focused on,” he added.

“Something we strived for in the previous editions but we could not really have was a website for the festival and film market. In this edition, however, the festival director took it into consideration and now the festival and market have a good and comprehensive website. Now people can search the website to find information about the films which are being presented, people who are participating, the prizes and the rules and regulations. The information will be archived on the website so that it can be of use in the future editions,” Esfandiari stated.

“Mr. Mirkarimi wanted everything to be organized early. Of course, this caused some problems, too. For example, the deadline for registration for the market has approached and there are over 14 companies which were not able to register. But we cannot provide them with booths in the film market. Of course this can also be considered an advantage too. For the next editions everyone will know that they should register and send their information before the deadline,” said the Sales and Acquisitions Executive of the 19th IFM.

Regarding the number of booths and participants in this edition, he said, “In this edition, we have 4 groups of participants. One group are the sellers (34 companies, about 50 people) to whom 20 booths are allocated. 28 buyer companies, nearly 32 people, the third group comprises the representatives of international festivals who are about 60 people from 60 international festivals; the last group includes 27 Iranian companies, in average 100 people with 22 booths given to them”.

“The market is open from 12 pm to 9 pm, and the screenings for the international guests are from 9 am to 12 am. So people can decide. They can see films in the morning and visit the market in the afternoon,” he said.

“According to the rules, each Iranian company can introduce a maximum of 10 films in the market guide although this number seems not enough for companies and organizations such as IRIB, Farabi Foundation, the Institute for the Intellectual Development of Children and Young Adults and the Documentary and Experimental Film Center, but even now there are more than 500 films being presented in the IFM,” Esfandiari pointed out.