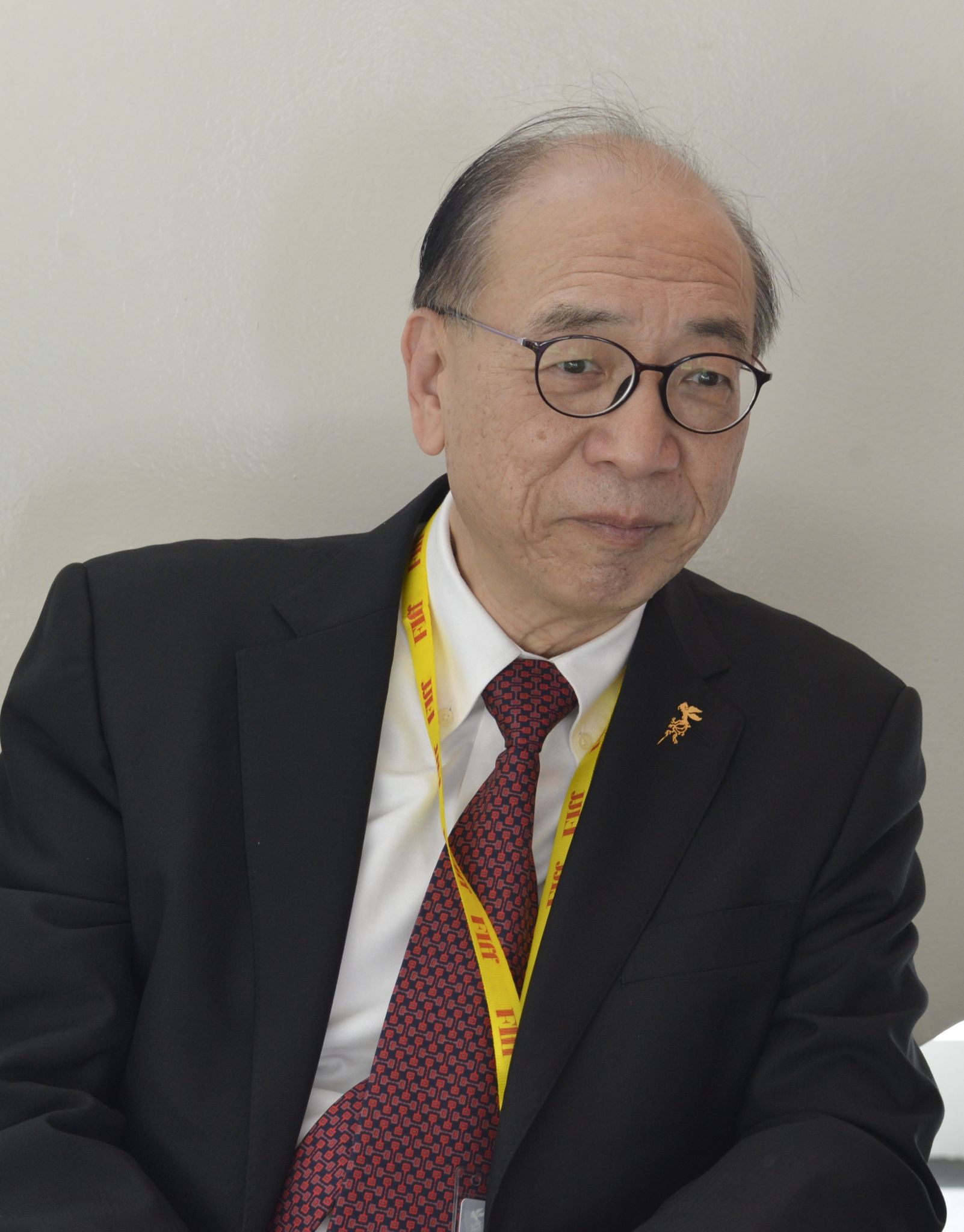 Wellington Fung, Secretary-General of Hong Kong Film Development Council who has travelled to Iran for the first time to attend the 34th Fajr International film festival. He is also planning to held a workshop during the festival days about the obstacles of production. The public relation of the 34th Fajr International film festival has gone into the details of fung’s trip to Iran, his workshop and the possibilities of collaborations, between Iran and Hong Kong.

Let us know about your trip to Iran and its purposes?

This is my first time that I visit Iran. We know that Iran has a quite long history of film industry. Iranian films, around the world are quite well known. We know that some of their directors are very highly received in many places. In fact, some of the Iranian films have been shown in Hong Kong and the audience liked them. In Hong Kong we had an award ceremony, it is called Asian Film Awards, which is being sponsored by our foundation. In 2012, the movie A Separation won so many awards including the best picture, best director, best screenplay and also the best sound editing. Lately, we understood that Iran has been more active and trying to build and promote the Iranian cinema to the world. This is the reason why we came here, first to learn about the Iranian film industry, the second is to see what kind of surfaces we can support. Particularly, in the film production surfacing and facilitation, and also China has stays initiative, trying to develop its relation with the near east countries, so this is another mission that we want to know more about Iran. When I arrived Iran, I found that Iranian are very friendly, they are very polite and always try to smile. I understood that your people are hoping for a better tomorrow. So everybody seems so confident, and they are moving around. And this is energetic.

On your mission agenda, was there any place for collaboration?

We would definitely be looking forward to collaboration. Because Iran has a robust film industry and that definitely would work along. Because in Hong Kong we were very close to mainland china and during the past ten years these kind of collaboration has been really powerful and that could mainland china to rebuilt its film industry. So I think we can do the same thing here, this is something I believe we can achieve.

You said that collaborations between mainland China and Hong Kong has been successful, how could you achieve that?

Because in the year 2000, Hong Kong film industry was at a downfall, because of the SARS infection no one would go to cinema to watch a movie. Because the chances of getting infected in a public location was really high. So, the industry dropped down and no investors wanted to make movies, no audiences wanted to go to cinema. So the industry asked the government for help. We had two angles, one to get some kind of funding, and that is why we formed this Hong Kong film development council, to advise the government what to do in these kinds of situations. So, this money came to help the directors to make more movies, to increase the production volume. The other angle is, to find a market for it. Our market was mainland China. At that time, the mainland China was just opening up. Between Hong Kong and mainland China we have an arrangement it is called close economic financial relief, this initiative encourage the collaboration between filmmakers of Hong Kong and mainland China, so when a film is made, it can be distributed in both mainland and Hong Kong and both parties can enjoy the profit sharing and other benefits. That can help the filmmakers from Hong Kong to go work in China.

Do you think that you can encourage your directors to come and work in Iran as well?

It depends on how far can we collaborate. Hong Kong is an international city, it is like an open window and we care so much about collaboration. Every year in March we have something it is called International expo which there is also an international film market and an International festival in it. It is actually a great place to meet new people from all over the world. This year in March 2016 we had about 7300 visitors only in four days, people who came to Hong Kong to do their exchange, buying and selling, films included. We also have a forum it’s called, Hong Kong Asian Film Financing program, the means of this forum is to produce the directors who are short on funding, they come to this event in order to sell their ideas or even projects, so the investors come and put money on their projects. This forum is a great opportunity to meet new people. I think Films are also related to trading. The truth is that we just got to know how Iran is and it takes time for us to learn more. Meanwhile we are going to invite the Iranian filmmakers and professionals to come to our entertainment expo next March, because it is not only about cinema, there is television, video games, animation, comics, all together.

What were your thoughts on the Iranian cinema, before coming to Iran?

I think Iran is more lively than it is presenting itself, because judging from watching the films cannot be accurate. We have seen that most of the Iranian films are dramatic, sad and somehow grey. But when I came out here, I see that people love to smile, they are happy and they want to be entertained. I guess that we haven’t seen that side of the Iranians through their movies. And I think that is because of the international media which shows Iran with so many dark colours and somehow uptight. We ran through the same thing with Mainland, before the liberation. We all thought that mainland is like that too, that it is a communist country, it is restricted and everything is in dark colours. Then we started these collaborations between Hong Kong and Mainland China, and now everything is so lively and colourful. Now I see the same situation here in Tehran, which remembers me of Shanghai, 20 years ago, but now Shanghai is one of the most robust cities of the world. It is only a matter of conceptual change. The whole thing is depending on how you see the people, the country and the commercial opportunities. Once you seize the commercial opportunities, it will go on itself. But, I think that takes time, because it is a learning process.

Will you form your workshop, based on the points you told us?

Exactly, but there will be more details included.