Exclusive interview: Director Abdul Aleem Minahi on The Martyr; Cinema Is the Last Priority in Iraq 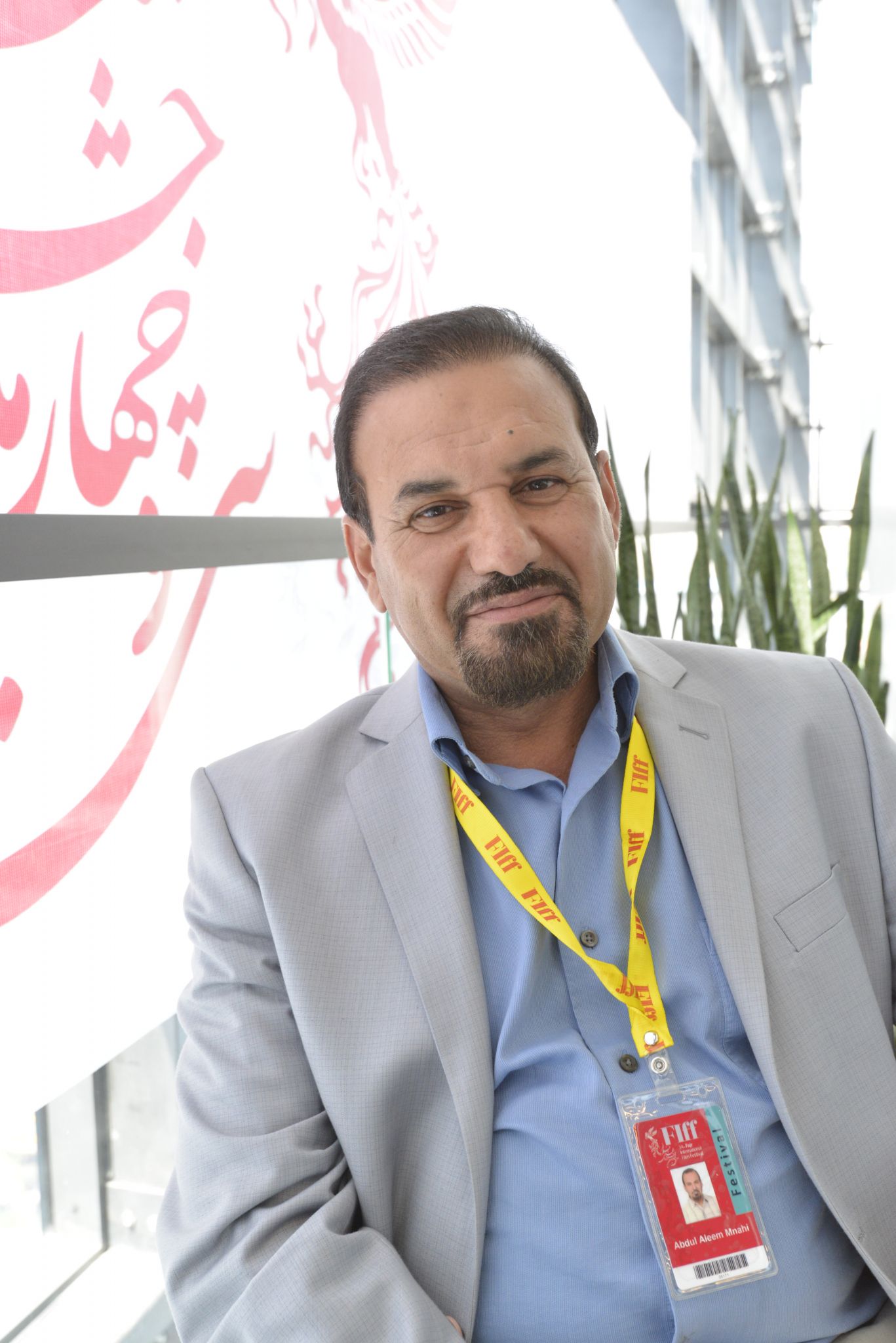 Abdul Aleem Minahi, has participated in the 34th Fajr International film festival to have the world premiere of his debut film, The Mrtyr. The Martyr is about life and martyrdom of Ayatollah Mohammed Baqir Al-Sader, and his struggle against the regime of Saddam. Sader and his companions start a counter flow movement to spread faith in modern ways. Led by Saddam’s ambitions, they target scholars and believers in Iraq, concentrating on Sader and his followers. The public relation of the 34th FIFF has interviewed, Abdul Aleem Minahi and asked about how his movie was made and got screened at the 34th FIFF for the first time.

The Martyr had its world premiere here, in the International Fajr film festival, how do you feel about that?

I heard about Fajr Film Festival when I was in Iraq through some friends. I did not know about its schedule, so I went to the festival’s website and sent an email to them, we continued our correspondence and went through the detail. Although I was late for the submission, but Mr. Mirkarimi emphasized to me, that the subject of your movie is really important and it has to be among our festival’s playlist. So that is how I got in.

How was the critics and the audience response to your movie?

Well, we had two screening, the first one was for the critics and other fellow filmmakers which they were really pleased with the movie, and the second one was with the press. I guess they might have liked it because there were lots of claps and congratulations to me, some people also shed some tears by the end. So I hope they liked it.

How did positive feedback affect you and your movie in Iran Film Market? Have you received any offer for distribution or maybe collaboration?

There were some people from Lebanon who were interested in distributing The Marty there. But, not everybody would be willing to do that, because my film is a religious movie about a piece of Iraq’s history. It is a sad story about the martyrdom of Ayatollah Mohammed Baqir Al-Sader, who was like the Imam Khomeini of Iraqi people. We still have not received any suggestions from the Iranian companies, but I hope that will happen.

How did you feel when you were informed that your movie was accepted in the Eastern Vista section?

I was very honoured when I received the festival’s invitation. Our culture is really similar to yours, it is circled around Islam and we both are two powerful allies who are form the Muslims community. So, I was really pleased to have this opportunity.

Based on that mutuality in our culture, what do you think Iran and Iraq cinema can do together?

There are no movie theatres in Iraq, except one which is a governmental and a small one which just opened in Baghdad. But the thing is that the young generation of Iraqis are leaning toward the Hollywood blockbusters. Considering that, I do not see the Iranians active on presenting their films in Iran, which is really sad. Because I believe that Iran’s cinema is in an advance level and it can compete with the world cinema. We have seen the positive feedback on showing Muhammad: The Messenger of God and A Separation which both were huge movies. So the Iraqi people are familiar with the Iranian cinema but I think that is not enough.

You mentioned that there are no theatres in Iraq, yet you have an active cinema industry which is introducing new talents to the word cinema, such as yourself and the Mohamed Al-Daradji who was at FIFF last year. What is your comment on that?

The main problem is the security. When I was shooting my movie, Daesh (ISIS) was thirty kilometres away from our location. Daesh who has occupied thirty percent of our country. And we have all the conflict which is going on between different political parties. All of this, is making the government to concentrate on the security issue and the cinema industry would be the least of their priorities. Adding to that, the lack of relevant tools and elements in Iraq. So when I want to make a movie, I have to start from scratch, there are not enough actors, there are no skilled director of cinematography. I shot my movie with Alex plus camera and you might not believe that there were only two persons in the whole country who knew how to work with this camera. The meaning of making a movie in Iraq is not defined. All of these facts made me doubtful about finishing my movie, every day I was thinking that I might lose one of my crew, a thing which happened. I lost one of my leading actors to the bombing. I also had an obstacle with my leading actress who her husband was making it difficult for us with not letting her to stay for a long time, and she was really scared and I was afraid that I might lose her. So all of these matters, made me indecisive about finishing my movie.

How did you finance your movie?

It is unfortunate to say that it was only me and my brother, and none of the governmental or even the independent studios, who has made some valueless movies before, did not help us. But I kept my spirit at its top level and we finally overcame all the difficulties.

That spirit you are talking about, where did that come from?

My field was not cinema; I am a civil engineering graduate. When I went to United States as a refugee, I was exposed to Hollywood and I was watching a lot of movies. I loved Coppola, De Palma and many others, who I was inspired by. Then when I came back to Iraq, after the downfall of the regime, I made a television series and after that I directed The Martyr, because I believe Ayatollah Mohammed Baqir Al-Sader is an icon who needs to be introduced to the world.

How did you got introduced to the Iranian cinema?

The first Iranian movie that I actually did not finish watched was the Stoning of Soraya M., an anti-Iranian which I hated. But to tell you the truth I got introduced to the Iranian cinema recently, by watching A Separation and Muhammad: The Messenger of God, I loved both of them and I think they were marvellous.

Don’t you think that we need a collaboration between Iraq and Iran, to make a non-partisan war movie based on real facts?

I think that would be a brilliant idea. The Iraqi people would love to watch a movie like that, a neutral portray on war without taking anyone’s side. War is something unfortunate and Iraq people have learnt that by now. I hope that turns into reality.