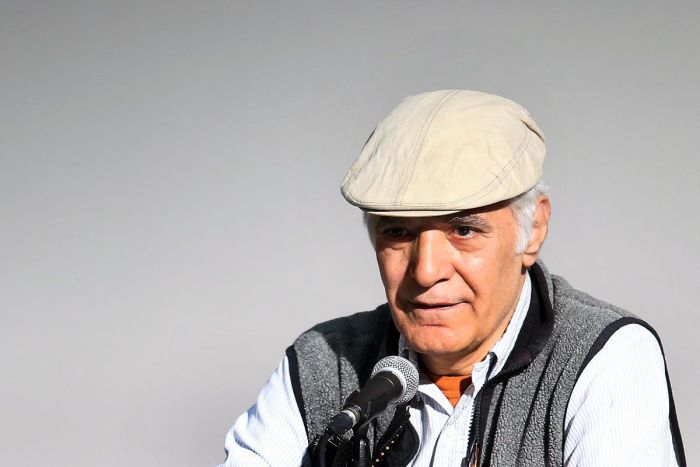 Mahmoud Kalari about the features of The Bridge said, “one of the features of this documentary is that the filmmaker is merged into the film and you can say he wholeheartedly combined with the film.”

He continued, “another feature is the formation of the film. It shows the story of Sayed Family in a way that audiences think they can predict the upcoming event. From the family perspective it indicates on some points very well, like in the scene that children are playing with their father’s camera.”

Kalari, noble Iranian cinematographer regarding a selfie picture that shows Ali and Seyed added: the audiences feel more intimacy when they see this scene at the beginning of the movie. They feel empathy with the characters and place themselves in their shoes, because In fact the film characters are very similar to audiences and that’s why it can make them feel empathy for them.

Kalari about bridge scene said:  the scene in which we see the bridge is also very outstanding. We see aerial shooting in which the picture moves forward from Iran to Iraq and it shows the relations between two countries.

He added: The scene in which Ali dies and Seyed is giving him artificial respiration is the climax of the film. At this moment camera is set at Ali’s hat and we see the picture from the point of view of his head and as he moves his head up and down, the picture goes further and comes near to the river.

He also added: if we look for the 10 greatest scenes ever made in Iranian Documentary and Experimental Cinema, the scene in which Ali dies is one of them.