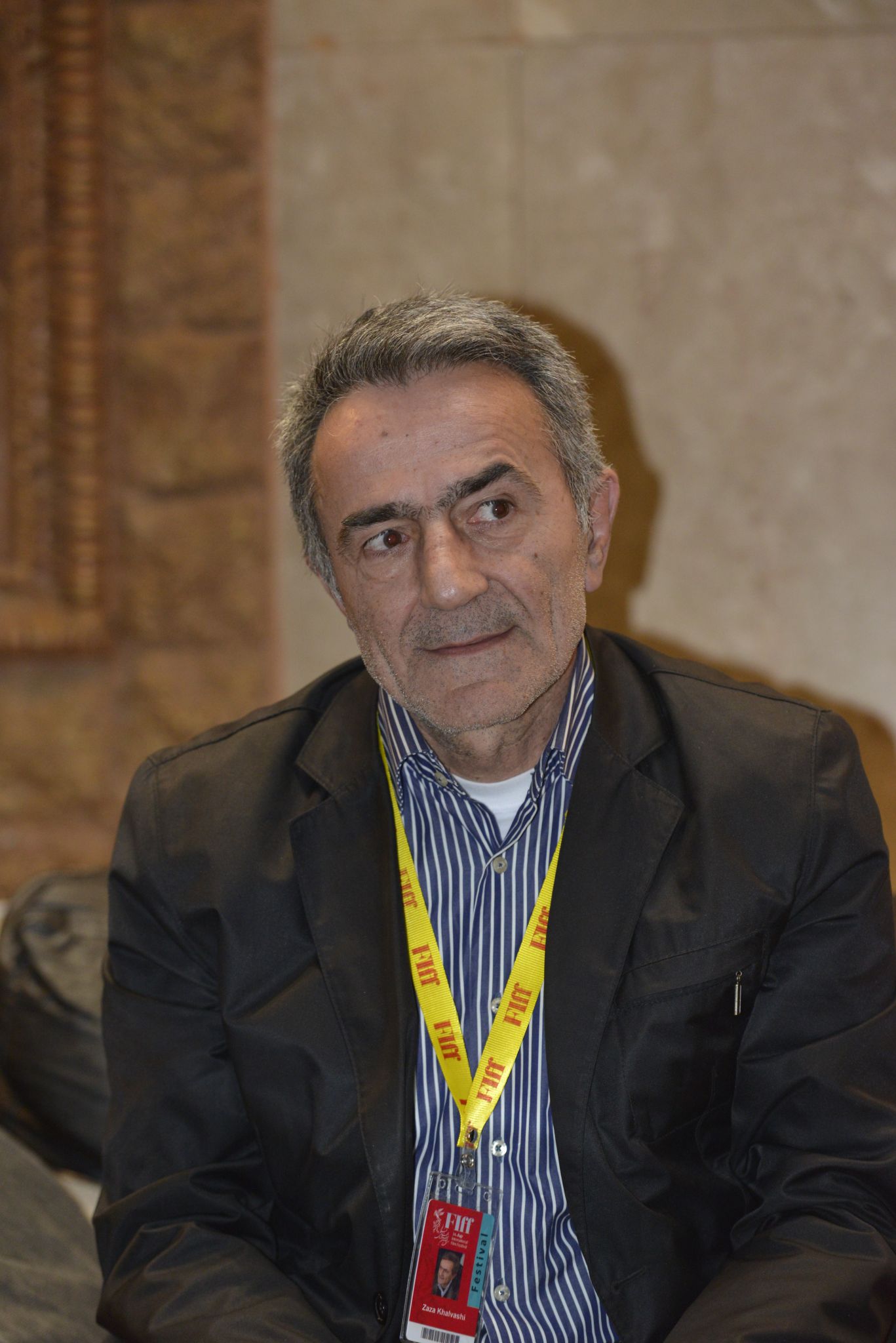 Solomon, his latest movie, has won the best film of the year from Georgia film festival and as the first international distribution will be screened at 34th FIFF.

How do you want to introduce yourself?

I’m Zaza Khalvashi, born in Batumi, a beautiful city on the shore of Black Sea where I teach film directing at the Art University. I shot the whole scenes of Solomon at this city. Before making this movie, I have not made any films for ten years because I had problem to find a sponsor. Meanwhile I had needful equipment for making a movie and I had some friends who was interested in cooperating with me. So one good day, I just came out of my home and call out my friends one by one and I told them let’s go to make a movie. Shooting took us a year and finally we decided to make a black and white movie. My first concept of the story was about a director who is desperately looking for money in order to make his film. But then I met an amazing guy who was a musician and I casted him for the leading role. So my concept of the story changed to a musician who is desperately looking for money to make his album.

This film in a quite social perspective of view, tells you the story of the problems that any artist are struggling with in the course of their work to create something, which finally results to their failure.

How did you find out about FIFF and are you familiar to Iranian Cinema?

Have you seen any Iranian films at this festival so far?

I’ve seen Rabidity, directed by Amirahmad Ansari, a thriller which is directed in a modern style and cinematography. I should say I grown up watching Iranian films and this film was kind of new for me. This is the first time I’m coming to Iran and look forward to watch Muhammad directed by Majid Majidi. My style of cinematography is very similar to Iranian cinema style and I love Reza Mirkarimi’s films and I always show some part of his films to my students.

This FIFF edition is being held in the heart of Tehran. What is your Idea about that and how do you see the atmosphere?

Generally Iran for me is a brand new world that I just known it through internet, books and history and now I wholeheartedly feel this history. Georgia also have a great history, therefore when I enter a modern society like Iran, I know that there is a long glorious history and a genuine culture behind this nation. And you can see that everywhere, even at this place right now and in the eyes of each Iranian people.

Is there any other Iranian filmmakers that you could mention as your favorite?

I know Abbas Kiarostami very well. He participated in Batomi festival and I found it very honorable for us to have him there. Let me tell you a story. When we were screening Kiarostami’s film, he said: the screen is not white enough for screening. As an artist, he even is very sensitive about the screen that his film is going to be shown on that, because he believes it will effects the audience perception of the film. So in the middle of the night, we went to Tbilisi to bring a new screen.

My main purpose of participating in this festival is meeting with my generation artists and watching theirs masterpiece on the big screen. I know the international Fajr Festival since I was just a young man and my teachers used to come here before the collapse of the Soviet Union.