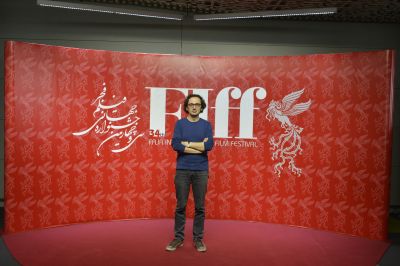 An Interview with the Film Scholar, Özgür Yaren; The Iranian Cinema has reached a good secure position in the international arena, but should not stop there

Yaren is a film scholar and faculty member at Ankara University. He teaches both undergraduate and graduate courses on audio-visual media and photography and has translated and written several books and articles on film and cinema.

An Interview with Micheline Azoury, Film Producer from Italy//Fajr Is a Good Opportunity to Catch Up with Local Animation Production Companies

The originally Lebanese film producer, Micheline Azoury, is the Head of International Sales at the Italian-based company, Mondo TV, which is one of the major production and distribution animation companies in Europe. Mondo TV produces and distributes cartoon series and feature films, on its own or in co-production with leading international networks. Azoury 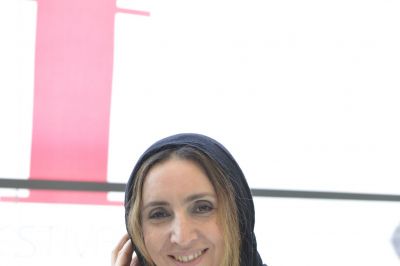 Semra Guzel Korver, one of the many guests who has been invited to Iran Film Market of the 34th Fajr International Film Festival. Semra is documentary director and producer from Istanbul, Turkey who had taken her chances to find some valuable feature films in IFM and the possibilities of collaboration.   Would you please 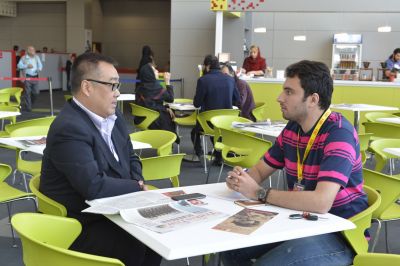 An interview with Jonathan Shen, the chairman of Shinework Media I am in Tehran for the first co-production project between Iran and China with Jet Lee performance

Jonathan is from China and he is in Iran to work on co production project. He knows Iranian cinema and he loves Iranian culture. 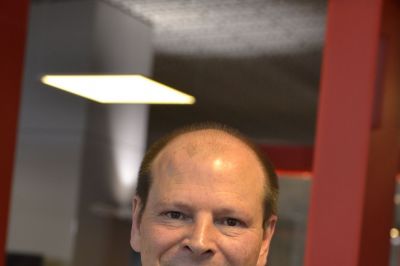 An Interview with Manfred Kritsch from Deusche Welle , the Broad Caster from Germany, at Iran Film Market of the 34th FIFF Each Year, There Are More and More Interesting People Coming to this Festival Who Are Getting More Interested in this Event

Mr. Manfred Kritsch is from Cologn and is the presenter of Deutsche Welle, which has been a regular presence at the IFM since 2003 has been following all new Iranian films. Deutsche Welle is here at the IFM to present its productions to the Islamic Republic of Iran Broadcasting (IRIB). He noted that since 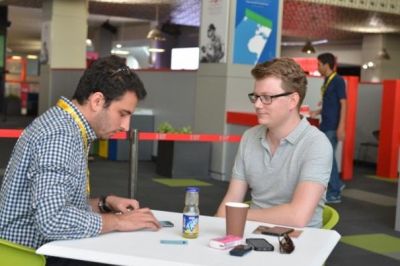 The Interview with Steve Reverand was hold in busy food court of Charsou Cineplex. Steve Reverand is a film Producer from France, but he is based in Prague. Steve has a production company in Prague. He knows Iranian cinema pretty well. He is the producer of Occasional Shower by Kaveh Danesh. The film is